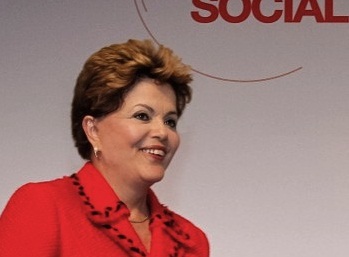 Academics, families of victims of the dictatorship and personalities in the struggle for human rights in Brazil sent a letter to President Dilma Rousseff today, October 19, condemning the bill (Bill 101/2015) that defines the crime of terrorism in the country.

Among the signatories of the document are the psychoanalyst Maria Rita Kehl, who served on Brazil’s National Truth Commission, and the activist Maria Amélia Teles, director of the São Paulo Women’s Union.

The bill was submitted to Congress by the federal government and was quickly endorsed by significant numbers of lawmakers. The text has already been approved in the Lower House by 362 votes in favor and 85 against, and it is set to be voted in the Senate tomorrow (October 20).

“Gone are the days when we, as human rights defenders and tireless fighters for democracy and the rule of law, were accused by the authorities, by the media and by broad sectors of society of being ‘terrorists’,” reads the letter. “We paid for this unjust reputation with the torture of our bodies, the restriction of our freedom and the disappearance of our friends and relatives.”

As far as they are concerned, the new law will not make Brazil safer because it does not establish any crime that is not already defined in the Criminal Code. Worse: it paves the way for the criminalization of social movements, organizations and activists. “Experience has shown that these types of legislation, in Brazil and the rest of the world, have been used repeatedly to intimidate, control and impede the exercise of guarantees provided by the Constitution, such as the freedoms of movement, association and protest.”

The authors also end by asking the government to “remedy the error” of sending the bill to Congress, “given the risk of it going down in history as being responsible the most serious human rights setbacks of Brazil’s young democracy”.

The publication of the letter of condemnation coincides with the meeting this Monday, October 19, between President Rousseff and members of FATF (Financial Action Task Force on Money Laundering and Terrorist Financing). The effort by the government to approve Bill 101/2015 responds to a recommendation made by this organization, which conducted an inspection of Brazil in 2010 and will assess the country again in 2016. FATF is not part of the United Nations system and its decisions are not binding.

Click here to read the recommendations made by FATF.

The open letter comes on top of criticisms already made to the bill by civil society organizations. In early October, more than 80 organizations, groups and movements called on the president to veto the bill if it is approved by Congress. “President Dilma Rousseff, who was once accused of acts of terrorism by the military dictatorship, should not have sent this bill to Congress and, if it is approved by the Senate, she should have the dignity to veto it. That is the least we should expect.”

What can you do?

Since the presentation of the bill to Congress, just over three months have passed. Don’t let such an important matter be approved without an appropriate public debate. Ask the senators from your state or party to take a stand against Bill 101/15. It is already on the agenda of the full session of the house, blocking the discussion of other bills, and could be voted at any time.

See here a list with the Twitter accounts of all the senators that have a profile on the social network.