Spending cap amendment is target of complaint in UN

To combat the Covid-19 crisis, organizations call for repeal of the constitutional amendment that limits investments in health and education; the complaint was also submitted to the OAS 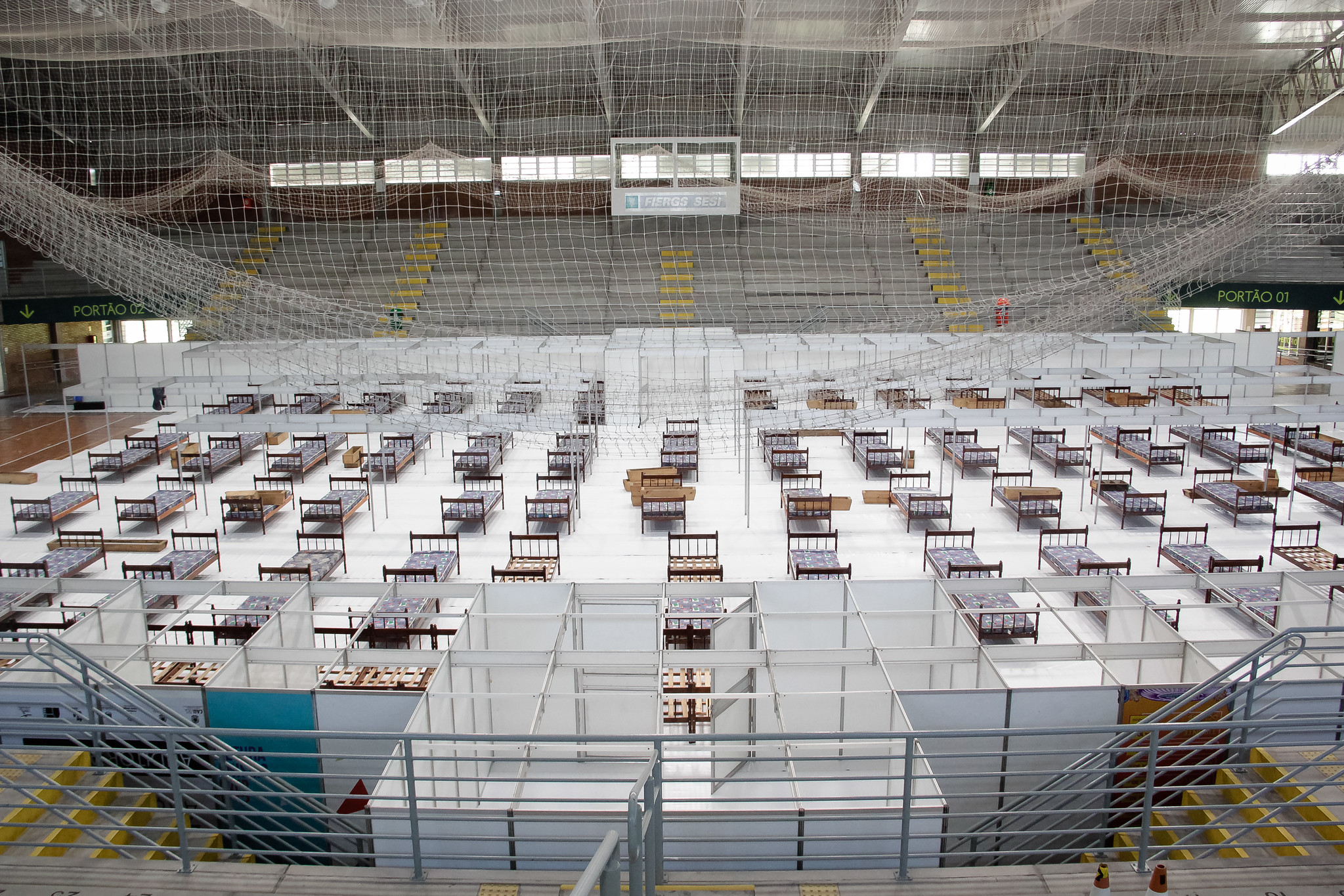 Preparation of a field hospital at the Sesi gymnasium in Pelotas, Rio Grande do Sul (Photo: Rodrigo Chagas)

Dozens of civil society organizations submitted an urgent appeal to the United Nations and the OAS (Organization of American States) this Thursday, April 16, to denounce the social spending cap, which limits investments in health and education in the country. The spending cap is part of Constitutional Amendment 95, which has been in effect since 2016.

“Constitutional Amendment 95 is a barrier to the coronavirus pandemic response,” note the organizations. The joint statement, sent to five special rapporteurs of the Office of the United Nations High Commissioner for Human Rights and to the IACHR (Inter-American Commission on Human Rights), warns of the risks of having a limit on social investments given the crisis faced since the outbreak of Covid-19 in the country.

The document recommends the immediate repeal of the constitutional amendment and calls on the international bodies to request information from the Brazilian government on public investments in health to control the pandemic. The organizations also requested that the two bodies issue a public press release about the situation, recommending to the Brazilian government the adoption of comprehensive public policies specifically aimed at the most economically vulnerable population.

In addition to Conectas, the complaint was also signed by the local organizations Brazilian Campaign for the Right to Education, Tax Justice Institute and Dhesca Platform, among others. The complaint is part of a series of initiatives to suspend the social spending cap in the country. In March, the organizations petitioned the Supreme Court for the immediate repeal of the amendment.