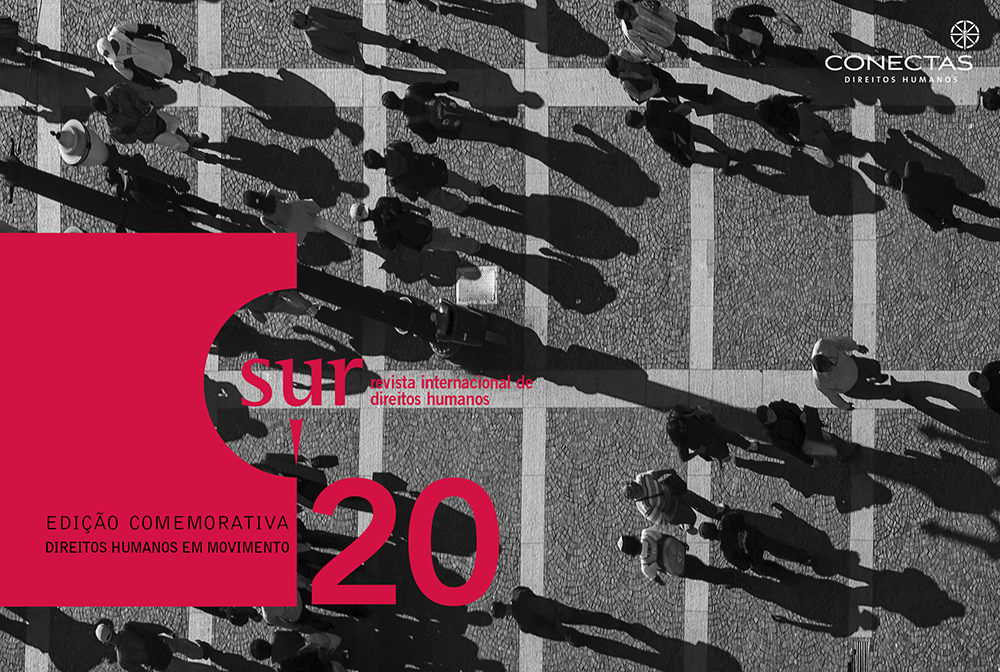 Readers from London, New York, Bandung, Johannesburg, São Paulo and Buenos Aires will be able to participate, starting in October, in the cycle of global launches of the 20th issue of SUR Journal. The issue comes in a larger and more dynamic commemorative format and marks the 10 years of the publication. It will be launched with a series of debates on the challenges currently facing the human rights movement around the world.

“SUR was born with the goal of uniting the points of a discussion that until recently was fragmented and trending towards isolation” said Ana Luiza Cernov, coordinator of the South-South program of Conectas. “Now, 10 years on, the journal proves its ability to broaden the critical debate on the theory and the practice of human rights and to strengthen those that struggle for those rights to become a reality, especially in the Global South.”

In the issue’s 55 articles, which are divided into six key topics, activists, academics and authorities present practical experiences, provide local perspectives on global issues, question the relevance and the timeliness of the rights approach, share action strategies and address the political, economic and social outlook that currently shapes the multipolarity and redefines the boundaries between the North and the South.

See the full list of authors and articles of SUR 20 here.

See the dates and locations of the journal launches:

Location: University of the Witwatersrand

São Paulo – To be confirmed

Buenos Aires – To be confirmed