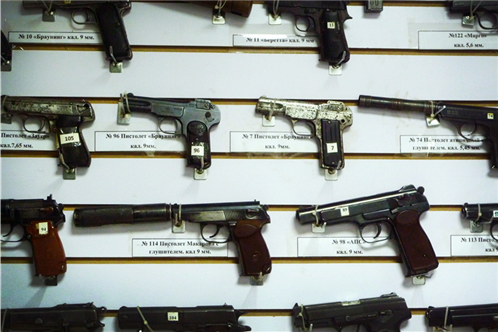 The Ministry of Foreign Relations of Brazil has been sitting on the text of the Arms Trade Treaty (ATT) for 8 months. The document – considered an historic breakthrough for being the first treaty to regulate the international transfer of arms – was signed by the government in June 2013, but has not yet been sent to Congress, whose analysis of the treaty is one of the prerequisites for ratification and subsequent entry into force.

“What particularly concerns us is the slow internal passage of the treaty. Right now, we have been waiting more than eight months for the translation and drafting of the Interministerial Presentation of Reasons by the Foreign Ministry,” reads a letter sent on February 24 by Conectas, Amnesty International, Sou da Paz and Igarapé to the Minister of Foreign Relations, the Minister of Justice and the Secretary-General of the Presidency of the Republic.

“There was a moment of euphoria when Brazil took the initiative and signed the treaty in 2013. However, since then, we have been bogged down by undefined priorities, sluggishness and lack of vision. Eight months have gone by and the treaty has not even been sent to Congress,” said Camila Asano, coordinator of Foreign Policy at Conectas.

The ATT already has 116 signatories, equivalent of 60% of the United Nations member states, including the United States, the world’s largest arms producer. Of these, 11 have ratified the treaty. The signature indicates the desire to accede to the agreement, while ratification makes the document effective inside a country. The treaty needs 50 ratifications before it enters into force globally.