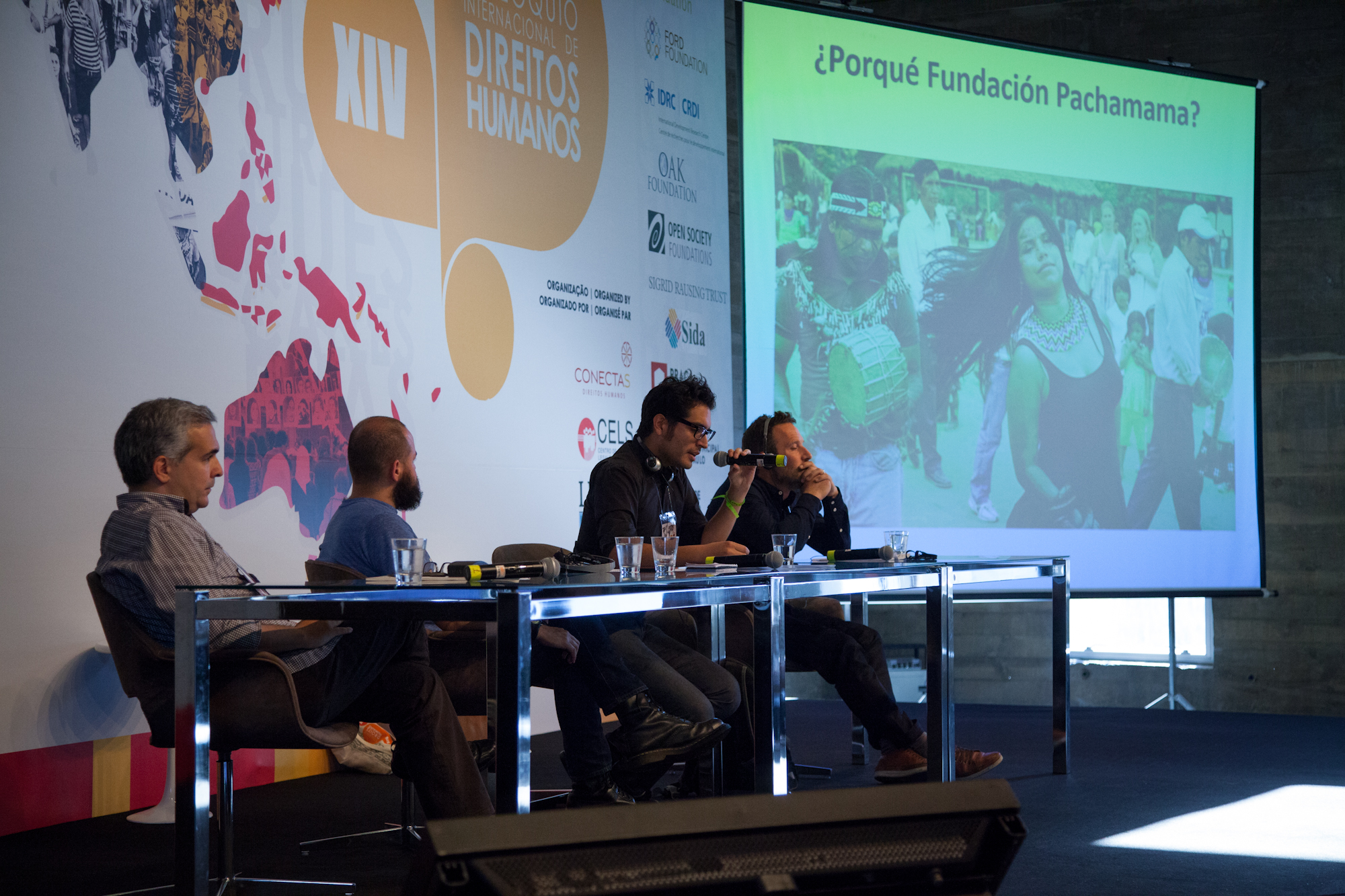 What does it mean to criminalize social movements? What are State’s chosen tactics to limit or curtail the work of civil society organizations? To answer these questions, a panel on “Criminalization” was formed at the 14th International Human Rights Colloquium by the Argentine sociologist Sebastián Pereyra, of the University of San Martin; Ben Hayes, of the Transnational Institute; and Juan Gabriel Auz Vaca, founder of the organizations Pachamama and Terra Mater. The panel was mediated by Mauricio Albarracín, of the Colombia NGO Diversa.

Pereyra opened the discussion with reflections on the meaning of the word ‘criminalize’. “Criminalization is different from repression. But what do they have in common? They are both based on a pathological notion of social mobilization – as if it were a deviation from the order,” he said. “If we viewed protests as a sign of the vitality of a democracy, then we could be open to regulation, even though this could cause problems.”

Ben Hayes, who for 15 years has studied the criminalization of civil society organizations around the world, spoke about these very problems, in particular the curtailment of the work of organizations through regulations and restrictive rules. Hayes considers the attacks on the World Trade Center, in September 2001, as the catalyst for this escalation of criminalization.

“We have documented nearly 50 countries that have adopted more repressive laws regulating organizations,” he said. In general, these rules establish a requirement for the organizations to register and they also regulate their funding and the types of activities they can engage in.

A typical example of this criminalization was illustrated by Juan Gabriel Auz Vaga. He told the story of the Pachamama Foundation, created in Ecuador in 1997 to defend the rights of indigenous peoples. In 2014, after participating in a protest against the allocation of land for oil exploration, the organization was closed by an interministerial decree. “This is the first time that an organization has been closed like this. It is an extremely serious precedent. It doesn’t matter that we have a strong constitution. It’s no guarantee of anything.”

This article was written by Milena Buarque and is part of the collaborative coverage of the 14th Colloquium.