Journalists, illustrators and press photographers from across Brazil have until August 6 to submit their work and compete in the 42nd Vladimir Herzog Journalism Award for Amnesty and Human Rights. Considered one of Brazil’s leading journalistic distinctions, the Vladimir Herzog Award is a nationwide and annual prize that recognizes reporting work that enhances Democracy and Human Rights.

To enter, candidates must access the website of the Award, fill out the registration form and attach their work that was published or broadcast between July 21, 2019 and July 31, 2020. This year, journalistic work will be accepted in SIX categories: 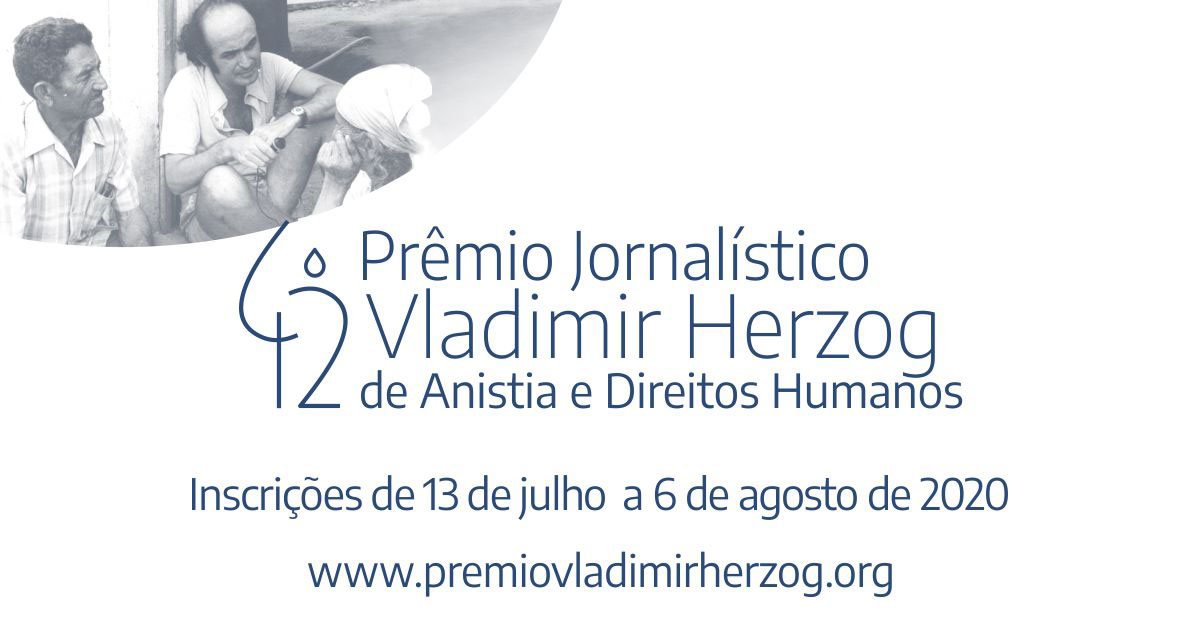