Regional mechanisms: a path to justice? 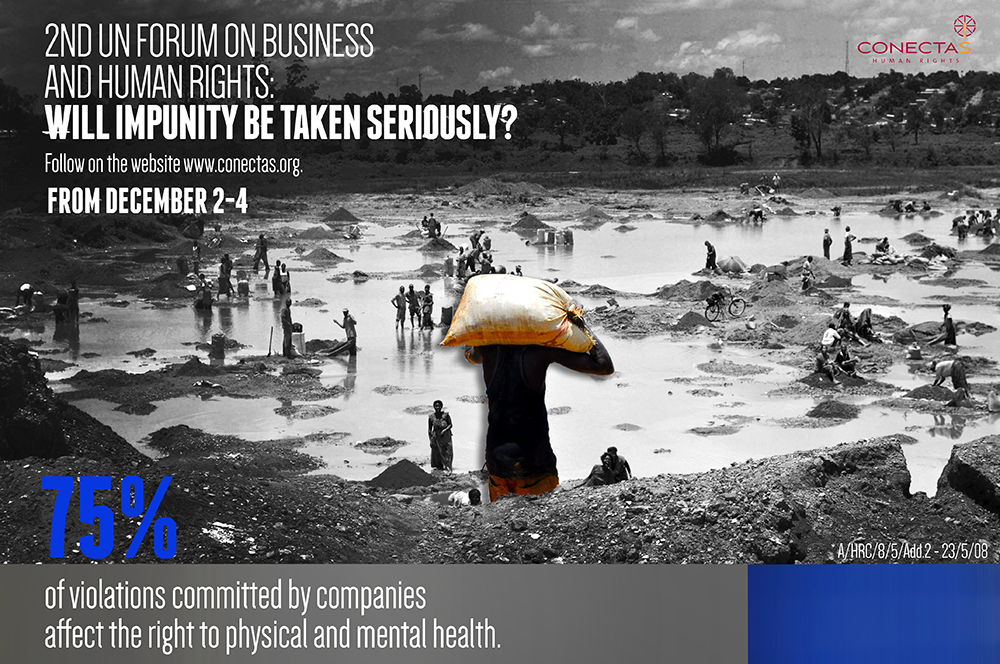 The first panel of the 2nd UN Forum on Business and Human Rights was devoted to the debate on the Guiding Principles and their application on the regional level. Representatives of the Council of Europe, the Association of Southeast Asian Nations (Asean), the African Commission of Human and People’s Rights and the Inter-American Commission on Human Rights (IACHR) presented their views on the normative progress in the regional systems when it comes to holding States and companies accountable for violations committed by the private sector. The cases are still incipient, but they show that there is a viable path for people and communities in search of justice.

Inter-American Commission
Maria Claudia Pulido, of the IACHR, emphasized the time spent by the body during the last period of sessions, between October and November of 2013, discussing the accountability of States for the actions of private agents.

A good example is the regional hearing on the Human Rights of People Affected by Mining in the Americas. At this hearing, several cases were presented of human rights violations committed by companies in which the victims sought to hold the States involved accountable – both those where the violations took place and also those where the transnational corporations are based.

According to the representatives of the Latin American human rights organizations and social movements attending the meeting, the close ties between States and companies are clear in the work of diplomatic missions, in the concession of financing, in the pressure exerted to adopt favorable environmental and labor regulations and, in addition, in the international aid and loans for the countries where the corporations are planning their activities. This intimate relationship, they say, generates a shared responsibility for the violations.

During the IACHR hearing, the members of the Commission asked about potential legal arguments that could be used to hold States from the Inter-American Human Rights System accountable. During the comments, the focus was placed on Canadian mining companies, which have been accused of persecuting human rights defenders in various Latin American countries, most notably in Guatemala.

The main purpose of the Working Group is to analyze the impact of extractive industries on the African continent under the prerogatives of the African Charter on Human and People’s Rights. The group also provides the Commission with the necessary insights to prevent and address violations.

Members of the Working Group, who are appointed for two-year terms, established a working program that is divided into three stages. In the first stage, the group conducted research into the impact of extractive industries on the continent and on the different social groups, into the international and regional legal frameworks and also into the activities of state actors surrounding the extractive industries. In the second and current stage, the group will send missions to four countries that are facing critical situations: Zambia, Liberia, Tanzania and the Democratic Republic of Congo. The results will be codified during the third stage of the program, which will end with a presentation of suggestions and legal tools to the Commission. In addition to this, the Working  Group also plans to train state and civil society actors in issues that involve extractive industries and human rights violations.