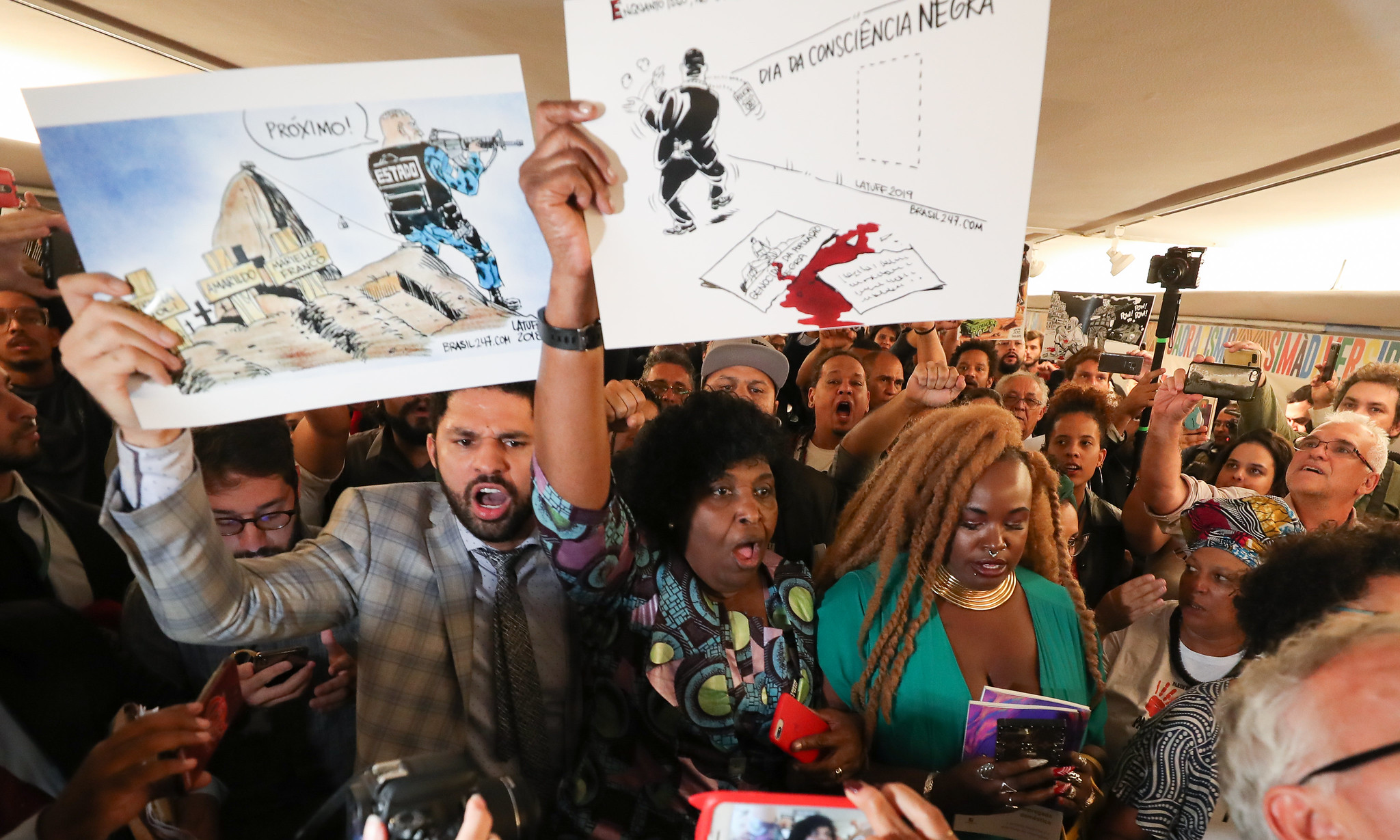 On Tuesday, November 19, Congressman Colonel Tadeu, of the conservative Social Liberal Party (PSL) ripped up a cartoon drawing that was part of the exhibition “(Re)existing in Brazil. Black and Brazilian Journeys. Racism is a crime” in homage to Black Awareness Day in the Lower House of Congress.

The artwork, designed by the cartoonist Carlos Latuff, depicts a young black man in handcuffs wearing a jersey with the Brazilian flag lying on the ground and a police officer with a gun in his hands. The cartoon also displays the words “Genocide of the Black Population”.

In a statement, Conectas and another 47 civil society organizations expressed their condemnation of the congressman’s act and reaffirmed the importance of combating structural racism in Brazil so everybody can be guaranteed access to full citizenship.

“Without a vehement confrontation of racism, Brazilian society will continue systematically failing to guarantee access to full citizenship for all its citizens,” they stated in the document.