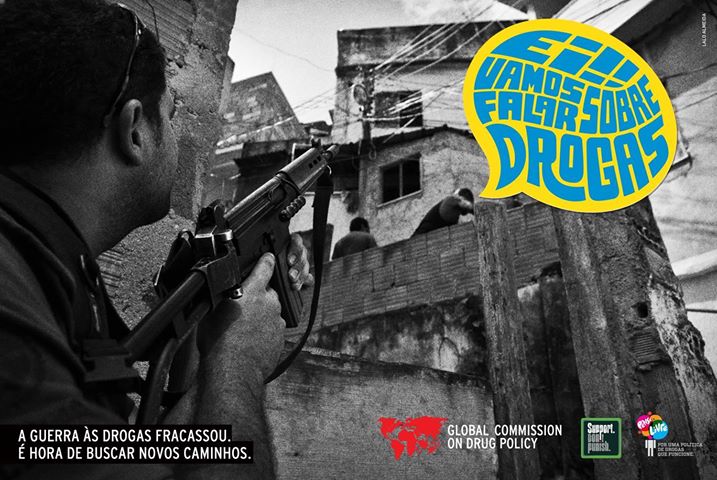 The resistance to addressing the drug issue from a public health and human rights perspective has exacted a heavy price. Decades of prohibitionist policies have not only failed to reduce addiction rates, but they have also caused a sharp increase in violence and strengthened criminal networks and black markets.

The failure of the ‘war on drugs’ is the target of the international campaign “Hey, we need to talk about drugs”, led by the Global Commission on Drug Policy (GCDP). The commission is formed by 7 former presidents and more than 100 organizations around the world – among them the Rede Pense Livre (Think Free Network), of which Conectas is part. Launched in Brazil on June 26, the campaign is intended to move forward the debate on the much-needed reform of the country’s prohibitionist drug policy.

For years now, Conectas has been denouncing the limitations and impacts of Brazil’s 2006 Drug Law, particularly its effect on the prison system. As the organization stated in an amicus curie brief presented to the Supreme Court, the law leaves it up to the police to determine who is a drug user and who is a drug dealer, which widens the inequality in the treatment of whites and blacks, rich and poor.

Brazil already has the world’s fourth largest prison population, which currently stands at 540,000 people – almost the same population as the city of Cuiabá. Since 2006, when the new law came into effect, the number of people imprisoned for drug trafficking has soared from 47,472 to 138,198 – an increase of 191%.

“The Drug Law in effect in Brazil is the main driving force behind the policy of mass incarceration. Often, it serves as a ‘perfect excuse’ to keep on sending vulnerable groups to prison,” said Lucia Nader, executive director of Conectas. “This attempt to tackle the problem exclusively from a standpoint of public security and criminal law has had a harmful effect on the social fabric of society. We are stigmatizing tens of thousands of young black and poor people and deepening the inequalities that are at the root of the problem.”

In addition to the debate in the Judiciary, Conectas has also been challenging attempts by the Legislative to crack down on drugs, such as Bill 37 drafted by Congressman Osmar Terra, which proposes to increase prison sentences for drug use.

In March this year, 17 human rights organizations from Latin America, among them Conectas, denounced the toughening of drug policies in the region at a thematic hearing of the IACHR (Inter-American Commission on Human Rights of the OAS). The hearing was held against the backdrop of the 2013 signing of the Declaration of Antigua, in which OAS member states committed to putting into practice a comprehensive policy for tackling the problem, with a focus on the reduction of violence and the protection of human rights.