President must be held accountable for his actions during the pandemic 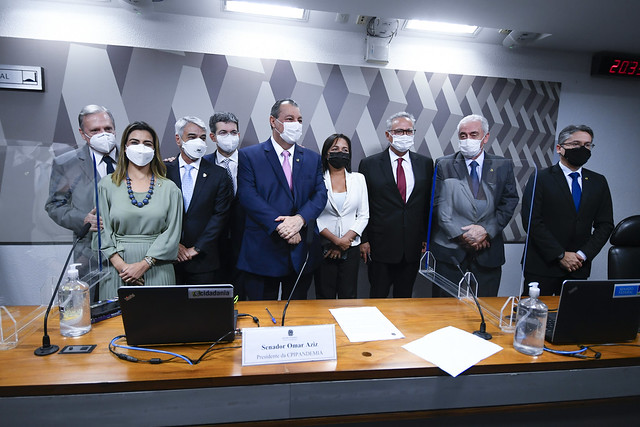 The Senate inquiry into handling of the Covid-19 pandemic came to a close this week. It sets out a number of omissions and crimes committed by the government of Jair Bolsonaro in their handling of the pandemic and concludes that the President acted deliberately in spreading Covid-19.

The inquiry cannot be accused of being a mere act of opposition given the disastrous result of government actions that have led to the loss of 600 thousand lives to the virus, which Conectas is deeply saddened by. We cannot normalize the extent of this tragedy, or ignore the long list of actions that has placed the country in the position of second place worldwide in terms of number of deaths caused by Covid-19, surpassed only by the United States.

Conectas and many other civil society organisations have condemned the Bolsonaro government´s attitudes since the beginning of the pandemic. In a piece of research carried out with Cepedisa (Centre for Study and Research on Public Health Law) at the University of São Paulo, showed how the government´s regulatory acts indicated an intentional boycott of measures to combat and contain the novel coronavirus. This document was used as material for the final report of the parliamentary inquiry.

It is worth remembering that President Bolsonaro himself acted in contravention of the social distancing and lockdown measures, that were recommended by international public health authorities as the quickest and most efficient ways of controlling the spread of the virus. He promoted gatherings even at the most critical moments of the pandemic, scorned the wearing of masks, hyped treatment that had been proven to be ineffective and spread doubt regarding the safety of the vaccines.

Regarding the progress of the vaccination campaign in the country, the president is still spreading false information and fear about the vaccines. The most recent episode of this kind was his perverse association of vaccination with the development of Aids, during an official broadcast on social media, later taken down by the platforms. In addition to ignoring scientific evidence that has proved the efficiency and safety of the vaccines, the president has also contributed to stigmatizing those who live with HIV/Aids.

In its final report, the Inquiry sets out nine crimes committed by the president, including epidemic resulting in death, infraction of a public health measure, charlatanism through publicising medication that has been proven to be ineffective, crimes of responsibility and against humanity through extermination, persecution and inhuman acts to cause intentional suffering. The document gives greater force to actions that are attempting to hold the president accountable at both national and international levels, such as condemnations made to the International Criminal Court.

These civil setbacks are already taking a toll on the country, the harshest consequence of which is the deaths of so many people. Social repercussions are made worse by the absence of political policy to tackle structural racism and a lack of commitment towards vulnerable communities such as the indigenous peoples. The president of the Chamber of Deputies, Arthur Lira, must assess the dozens of calls for impeachment that are accumulating in his drawer and the General Attorney of the Republic, Augusto Aras, must expedite processing of the condemnations and bring the president, and members of government who are directly involved in this tragedy, to justice. The institutions will be judged by history for any omission in the face of these violations.