Redes da Maré and Conectas denounce the operation that led to the deaths of seven youths in Rio de Janeiro, among them Marcos Vinícius 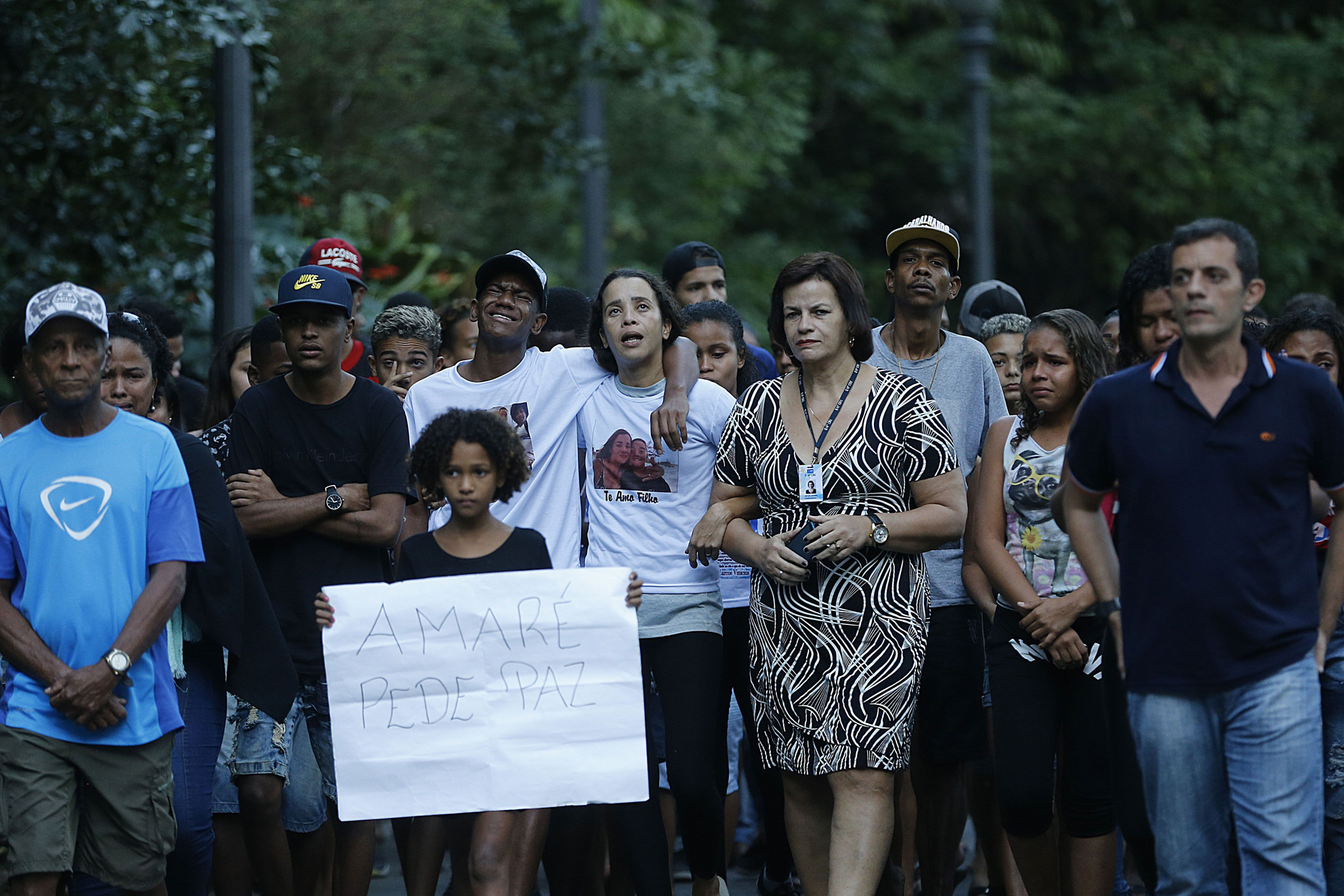 The operation carried out by the Civil Police and armed forces in the Maré favela in Rio de Janeiro, last week, that led to the deaths of seven people, among them 14-year old schoolboy, Marcos Vinícius, was the target of a condemnation made this Wednesday 27, at the UN Human Rights Council in Geneva.

In a verbal statement Conectas and Redes da Maré presented details of the operation carried out, with the use of three bulletproof vehicles and a helicopter that fired indiscriminately from the sky. The shots hit streets, houses and a school. As well as killing Marcos Vinícius, who was on his way home from school, six other youths were killed, according to witnesses. Bodies of three of the victims were thrown from the third floor of a building.

“This disgraceful operation reflects the current process of militarization in Brazil. We are experiencing the increased use of military force in the work of the police. Between 2010 and 2017, forty four presidential decrees authorized the use of the armed forces in public security. Seventeen of these were in Rio de Janeiro, where federal intervention in public security has been in place since February, the nature of which is unconstitutionally military.” The organisations said in the statement.

“This process stems from the idea that there is an enemy army in the favelas that must be beaten and that there are no citizens there and that this makes the use of violence justifiable. The absurdity of using bulletproof vehicles, shots fired randomly from a helicopter and the killing of young people is a denial of the fundamental rights of those living in the favelas.” She stated. “Either we rethink the logic behind the war on drugs and current practices of public security or cases like this will continue to be frequent.” She concluded.

In response to the Brazilian state, the Minister João Lucas Quental said that Brazil is appalled by the death of the teenager Marcos Vinícius and that the city of Rio de Janeiro had declared three days of official mourning.

“Investigations by the State of Rio de Janeiro Civil Police into his death and the deaths of the other individuals is already underway (…) a reconstruction has to be put together in order to clarify the conditions and circumstances surrounding the shootout that killed Marcos Vinícius. Public defenders in Rio de Janeiro are closely monitoring the case.” Quental said.

In a note published yesterday afternoon, 26, the UN expressed regret for the death of Marcos Vinícius and criticized the high number of killings of teenagers in Brazil. According to the UN, 31 children and adolescents are killed every day in Brazil, “the highest number of murders of teenagers in the world”.

“It is unacceptable that the lives of teenagers, like Marcos Vinícius da Silva and so many others are ended violently, with serious permanent consequences for other children and teenagers and their families, their communities and Brazilian society.”