Pepe sorts it out 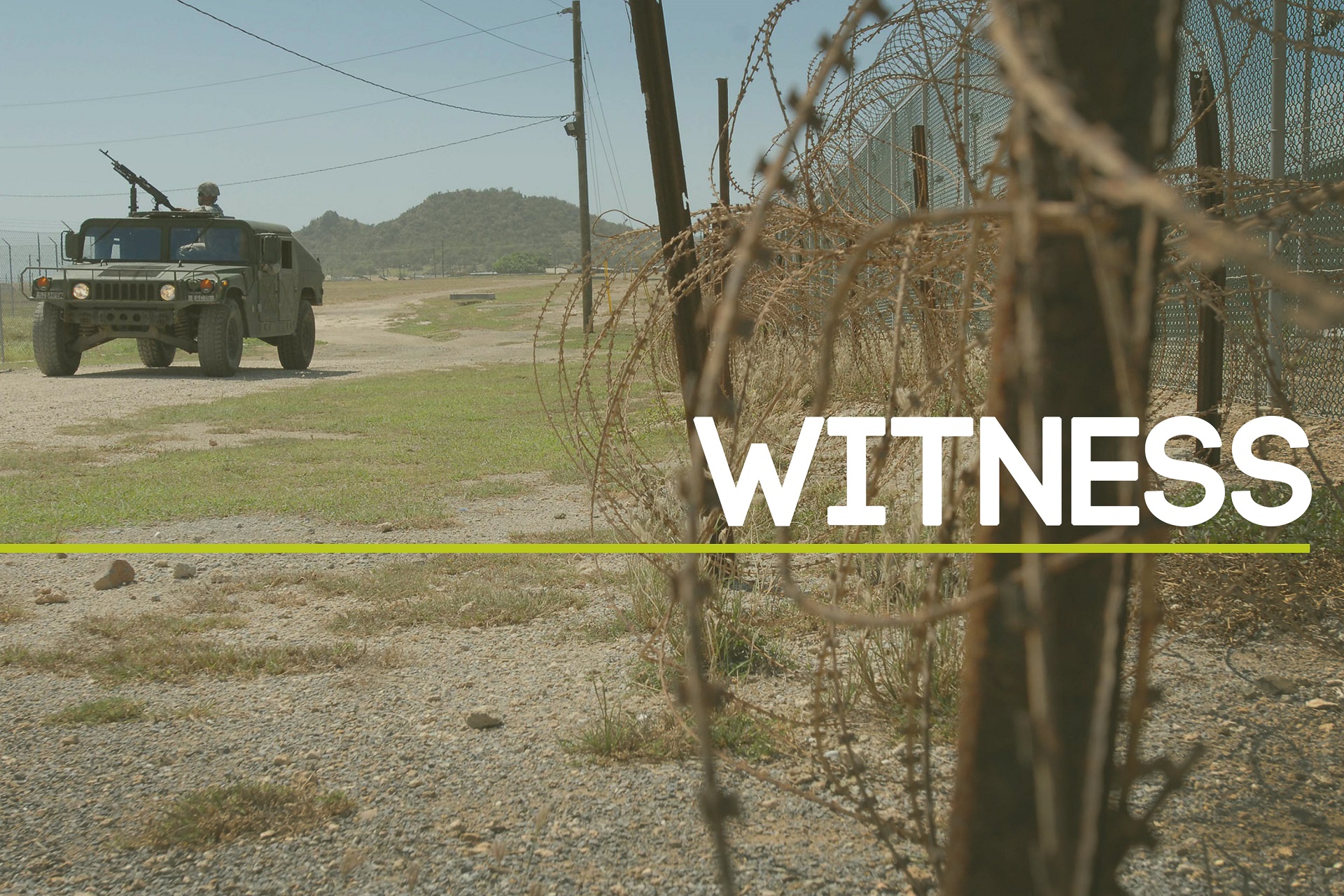 “Can you give me a hand?” This was how the Uruguayan president, José “Pepe” Mujica, brought up, by telephone, the subject of taking in former Guantanamo prisoners to his long-time associates, leaders of the Uruguayan trade union federation. For months, the president was convinced that his country should be involved in the transfer of the detainees that the United States has been holding in Cuba. It is a humanitarian gesture, he said, to “help put an end to one of the continent’s worst aberrations”. To better understand how Mujica organized the initiative, in mid-February I went on assignment for Conectas to Montevideu, where I met some of the people involved in the process.

In December 2014, a transfer agreement between Uruguay and the U.S. government allowed six men with refugee status to come to the Uruguayan capital: Ahmed, Ali, Dihab, Abd, Abdul and Mohammed. Four Syrians, one Tunisian and one Palestinian. They were all detained for more than a decade, without formal charges of any crime against the United States. Years of investigations found nothing on them, and their records were examined and cleaned in 2010, after a “status review” process involving entities such as the Justice and Defense departments, the Central Intelligence Agency (CIA), the Federal Bureau of Investigation (FBI) and the White House. Even though the transfer was recommended to take place immediately, they remained in detention for four more years.

“They came shackled and blindfolded, and when they opened their eyes the first thing that their free eyes saw was Uruguay.” This was how it was described to me, with proud smiling faces, on two separate occasions by two different people, one senior official of the presidency and one union leader. The transfer negotiations were conducted discretely and almost exclusively by the president’s inner circle: the foreign minister, a handful of leaders of the Broad Front (the ruling coalition of left-wing parties) and a few other figures in Mujica’s confidence.

The news was made public in March 2014, at the heart of the pre-election period. Predictably, the debate was fervent and rose in prominence in the media without the government being prepared for a war of information. The debate was polarizing. On one side were arguments such as “we need to show solidarity, and receive them” and “they are the 21st century’s political disappeared”. On the other, opposing their entry, came statements such as “if they’re there, it’s because they must be dangerous” or “we’ve got too many problems of our own to worry about another one”.

As Brazil’s former human rights secretary, Paulo Vannuchi, mentioned in an article published recently, “the chances of the U.S. military releasing prisoners who are in any way suspected of involvement in terrorist organizations are zero”. Mujica’s senior staff knew this and, even so, they conducted their own investigations before making a decision to bring them to Uruguay.

Before March was over, the Uruguayan National Institute of Human Rights and Defense of the People released a statement in support of the initiative, with the condition that the former detainees come as free men and in accordance with Uruguayan refugee and asylum laws. Other rights advocacy groups also voiced their support. The opposition parties were against the initiative, distorting the historical alignment of the Latin American right with the policies of the United States. Some media outlets embarked on a smear campaign, helping build a negative image of “those people in Guantanamo”. The Church, meanwhile, opted for a silent support.

In the months that followed, the presidential elections occupied the public debate and, in November, victory was won by the government’s candidate, Tabaré Vázquez. One month later, the Guantanamo refugees arrived. And they arrived without an official structure or plan of action, even in terms of the human and financial resources needed for the installation and integration process. They arrived because some Uruguayans were prepared to help set free a handful of people from Guantanamo. “They arrived à la Mujica”, I was told on one occasion, i.e. on impulse. The expression conveys the amount of political will and individual effort that made the transfer occur.

One of the first to open their arms was the PIT-CNT (Inter-Union Assembly of Workers – National Workers Convention, the Uruguayan trade union federation). “In this country, the unionists know what prison is like,” one of them told me. They were responsible for the initial stage of taking them in, for the first two months. At the head of this unusual task for a union group were two Fernando’s. Fernando Pereira, coordinator of the PIT, and Fernando Gambera, its international relations secretary.

After spending a week at a military hospital taking multiple medical tests, the refugees were sheltered – at first, all together – in a house belonging to the union that was used in the past to shelter female victims of domestic violence. The costs of food, hygiene and Spanish lessons were paid by the union, i.e. with money from the contributions of Uruguayan workers.

The unionists accompanied the refugees with their many medical and therapeutic commitments. Dihab, for example, arrived in Uruguay unable to walk and in a critical state. In prison, he had decided to start a hunger strike, but was prevented from doing so. For two years, the guards at Guantanamo had force fed him with tubes.

The challenge of communication was another obstacle. Since they do not speak Spanish and nobody on the Uruguayan side knows Arabic, the interaction took place in English, and was the job of a young man just over 20 years old, the son of one of the leaders of the PIT. It was also the responsibility of the two Fernando’s to ensure the privacy of the refugees. They acted as filters and spokespeople on their behalf for society and, primarily, the media. They didn’t always succeed and there were many leaks. Ironically, these leaks may have humanized the refugees. The fact is that Uruguayan society’s perception of them gradually grew more positive.

If the topic caused controversy during the election campaign, this diminished after the arrival of the group, with almost no voices questioning their presence in the country. The clearest evidence of this came from their own neighbors. On the day when the new residents moved into the neighborhood, the locals went to welcome them with flowers and mint leaves. Someone had heard from someone else that where they come from they like to drink mint tea. The bakery also sent a basket of bread rolls as a gift.

During the process of integrating into a new life, it wasn’t all flowers. These are men who not only need to get used to freedom in a new country, but who also have multiple traumas. They hardly trust anyone, not even the health professionals who offer them help. The torture that is frequently committed by doctors has left its scars.

Starting in March, responsibility for their care will be transferred to the Ecumenical Service for Human Dignity. The organization has worked with refugees since the days of the dictatorship and they are now a representative of the UNHCR (UN refugee agency) in Uruguay. It has an agreement with the Uruguayan Foreign Ministry to handle the integration of the six refugees for two years. During this time, the men will receive financial assistance of 15,000 pesos per month (in Uruguay, the minimum wage is just under 9,000 pesos) and they may also being their families to live with them. So far, only one of them has expressed an interest in bringing his wife and children. The others, still single and having spent a sizable part of their youth imprisoned, just want to make a new start.

The Uruguayan experience taking in the former prisoners is unique. This is a country in which scale matters. Interpersonal relations can be decisive for the course of politics and policy – as this case shows. Mujica and his supporters in the plan demonstrated that, from a logistical point of view, it is possible to contribute to ending the abuses committed in Guantanamo and to closing this illegal prison. The political rewards are also numerous. The president earned points with the United States, increased Uruguay’s credentials as a relevant country in the region and strengthened his personal image around the world. Mujica was loyal to himself, especially when he used the occasion to criticize the U.S. policy of fighting terror and to point out that, in the future, the territory occupied by the prison should be returned to Cuba.

Today, Guantanamo still holds 122 men, most of them Yemenis. Of these, only 17 are considered “high value” by the U.S. government. Nearly 60 of the others have had their criminal records analyzed and reviewed by the U.S. government: there are no charges nor will any be filed against them, even though they are still being detained.

There is a consensus among those who follow the case that many of these men ended up in Guantanamo simply for being in the wrong place at the wrong time. In this respect, much of the – to date – successful experience taking them in comes from the improbable alignment of this country, for these six men, as the right place at the right time. A country of immigrants with a tradition for taking in political refugees, governed by a president determined to receive them and with a society willing to show solidarity. “It’s worth it,” I was told by one of the people involved in the process. When I asked about how to convince skeptics, he said: “Look at the numbers. What’s another six people, in a group of 329 refugees currently living in Uruguay, a country with 3.4 million people?”. I couldn’t help thinking: what would a few more be in a total of 7,300 who are currently in Brazil, which has a population of 200 million.

LAURA WAISBICH, 28, adviser to the Foreign Policy program at Conectas, has a degree in international relations from the Catholic University of São Paulo (PUC-SP) and a masters in political science from the Institute of Political Studies-Sciences Po