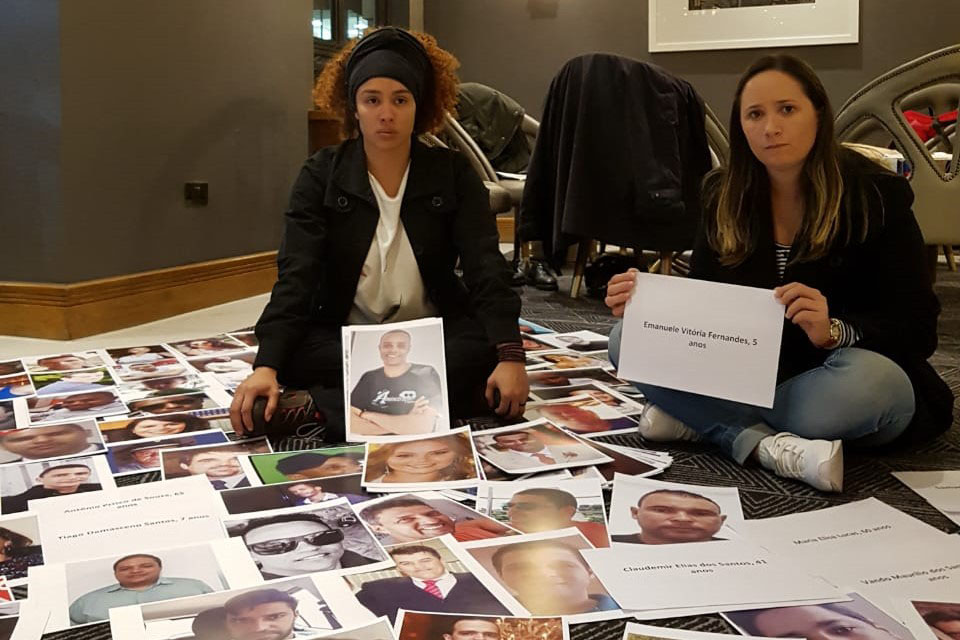 On Monday, December 2, Mônica Santos and Marcela Rodrigues, two women affected
by the collapse of the tailings dams in the towns of Mariana and Brumadinho were
received in London by the alliance for accountability in mining. At this opportunity,
they revealed the challenges they face accessing full reparations for the damage
caused by the crimes of the mining companies Vale, Samarco and BHP Billiton in the
state of Minas Gerais, and exposed the structural flaws of the mining model and the
responsibilities of the public authorities, the companies and investors in the sector.

This was the first of several activities being staged this week in England, in which the
people affected by mining will participate to denounce the violations of the mining
model in Minas Gerais. The initiative was organized by the Minas Gerais Regional
Office of Cáritas Brazil together with the international organization Business and
Human Rights Resource Centre and the Brazilian groups the Churches and Mining
Network, the Waters and Ranges of Casa Branca Movement, the Commission of People
Affected by the Collapse of the Fundão Tailings Dam in Mariana and Conectas Human
Rights, with the support of the Ford Foundation.