Investigation proposals are being selected for a collaborative project between Conectas, Data Privacy Brasil, Data Labe and Intercept Brasil, on the use of technology for rights violations 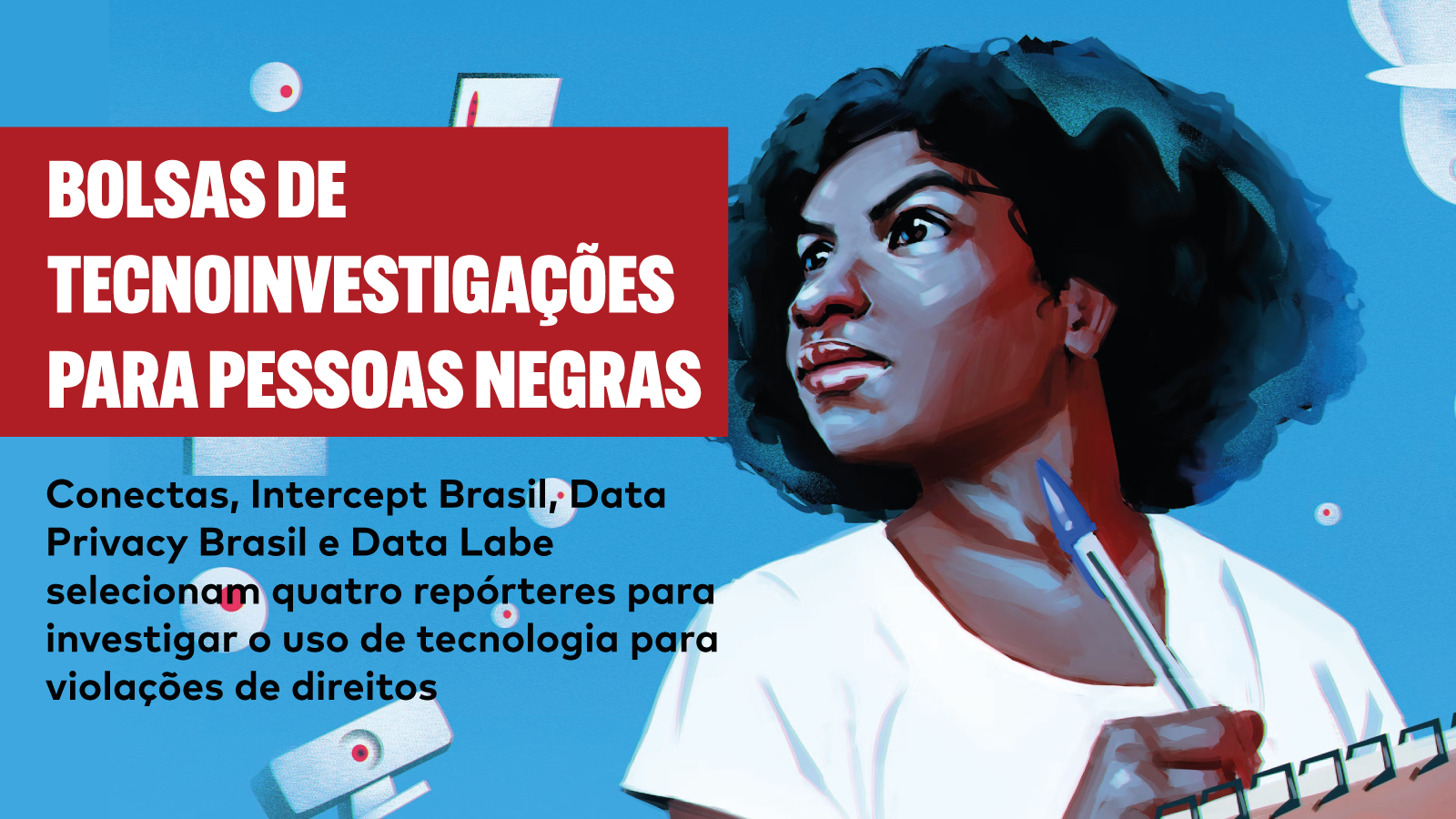 On Monday (14), Conectas, Data Privacy Brasil, Data Labe and Intercept Brasil published a call for applications for four grants for black people interested in reporting on how different technology is being used, by the state and private companies, to violate fundamental rights. For further information and applications click here.

Those selected will receive  R$ 4,500 each to produce the techno-investigations. In the first stage of the project, ten people will be chosen based on their report proposals. They will receive a basic training workshop, run by the organisations participating in the project, to help them build their news script. Four scripts will be awarded the grant, based on their performance in the workshop.

The timeline of the process:

Publication of candidates selected for the first phase: 15 March

Selection of the finalists: 25 March to 4 April

Publication of reports: from May onwards