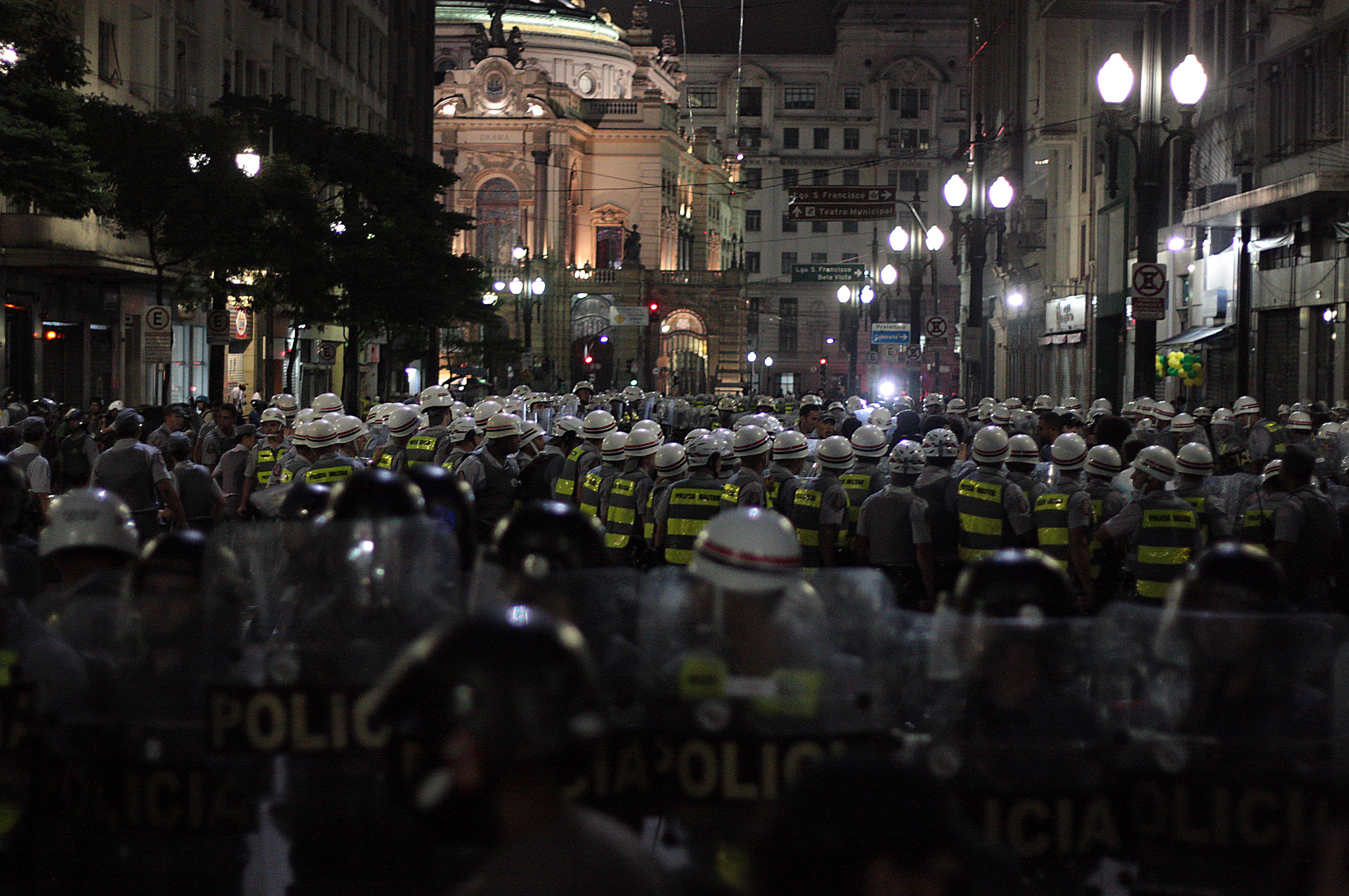 The violence and intimidation employed by the military police during the popular demonstrations staged in Brazil since June 2013 was addressed at a hearing held on Monday, March 16, in the Inter-American Commission on Human Rights (IACHR), in Washington D.C., United States.

The topic of violence by security forces was proposed by 30 organizations from 11 countries: Brazil, Mexico, Peru, United States, Colombia, Argentina, Venezuela, Honduras, Chile, Uruguay and Canada. They argued that, together with the growth in the number of demonstrations in the region, there has also been an increase in the amount of repression, both by the police and the Judiciary.

“Many States criminalize social struggles, through restrictive legislation and arbitrary detention. These tactics serve to demobilize and intimidate the demonstrators,” explained Rafael de Sá Menezes, a public defender from the Citizenship and Human Rights Center of the São Paulo State Public Defender’s Office.

“Laws that have fallen into disuse are resurrected, such as the National Security Law. In Brazil, in the 2013 demonstrations, more than 2,000 people were illegally detained,” he added.

The organizations asked the Inter-American Commission to prepare a document that sets rules of conduct, particularly for the public security forces, at social protests. They also requested that regional standards be adopted for the use of non-lethal weapons.