NHRC carries out mission to Roraima to address refugee violations 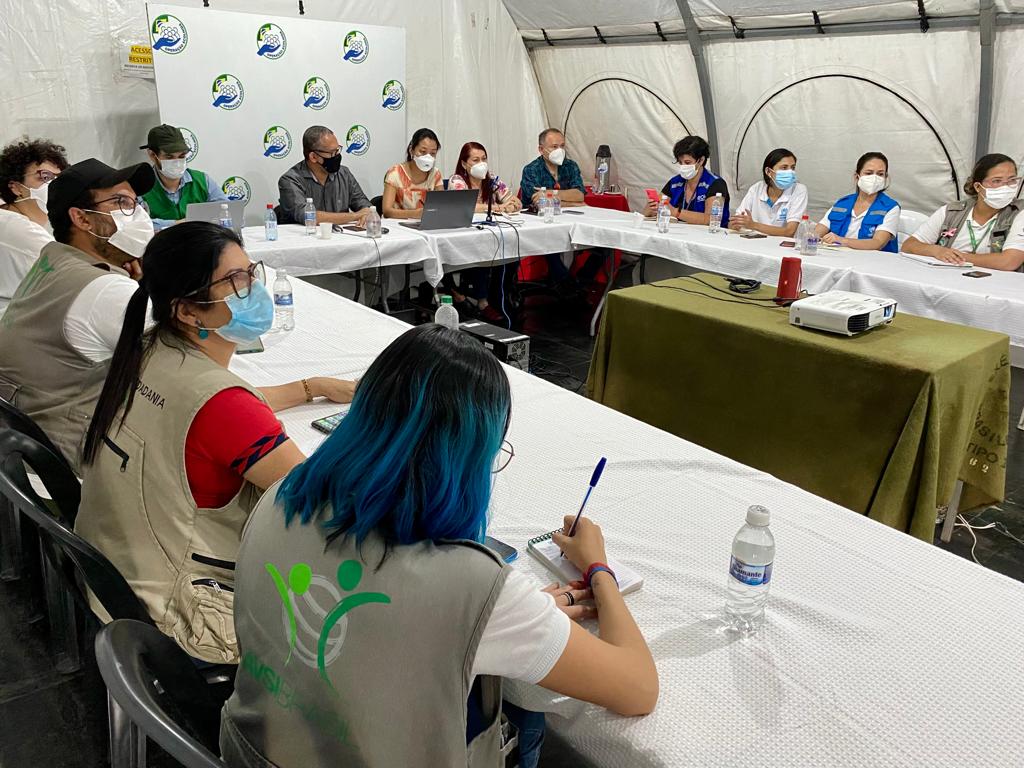 From 7 to 10 November, the NHRC (National Human Rights Commission) is carrying out a mission in the state of Roraima to investigate reports of human rights violations at a time when the conditions of migrants and refugees in the region has been aggravated following the closure of the border by the Brazilian state.

Members of the NHRC are in the municipalities of Boa Vista and Pacaraima and are visiting the border, shelters and unofficial camps and attending talks between leaders, communities and people living on the streets, meetings with public authorities, such as Immigration Police and the Federal Police and UN agency meetings. Those participating in the mission include: NHRC president, Yuri Costa, advisers, Virgínia Berriel and Joselito Sousa, as well as ad hoc consultant Camila Asano, who is also the programme director at Conectas. The state Public Defender´s Office, represented by the federal public defender, Gabriel Travassos and Conectas also accompanied the mission.

The mission is taking place following a series of reports, to the commission,  concerning the extreme vulnerability of people arriving in Pacaraima. The problems reported include concern over elderly people and children, waiting times to register entry into the country, access to social assistance provided by ´Operação Acolhida´ (Operation Shelter), delays in the Federal Police system for requesting refuge, employment difficulties and xenophobia.

The work of the NHRC

Since the beginning of the migration crisis, the NHRC has been working on communication between the parties involved, such as civil society and public authorities, to carry out an investigation into the situation. In March of this year, the organisation published a recommendation regarding the adoption of organisational measures at the border of the municipality of Pacaraima, in Roraima, to guarantee the rights of migrants without documentation, during the Covid-19 pandemic.  NHRC Recommendation no 5 calls on the Federal Police, National Security Forces, the Brazilian army, the Roraiama State Civil Police force and other public security and planning bodies at the Pacaraima/RR borders, not to promote searches of homes without a warrant, the purpose of which is to identify migrants who do not have the appropriate documentation and to abstain from document checks that impede migrants´ access to health and social assistance services, among other measures.

The document was published following a coordinated action by the Federal Police, the Roraima Civil Police force and Roraima Public Prosecution that culminated in police officers entering Casa São José, a centre for social assistance and humanitarian aid created by the Pastoral Migrant Service, without a warrant, and the eviction of approximately 55 people, with what appears to be coercion by religious people in charge of management, of the delegation for an alleged crime under article 268 of the Criminal Code (hindering the decision of a public authority, aimed at preventing the introduction or spread of contagious disease).