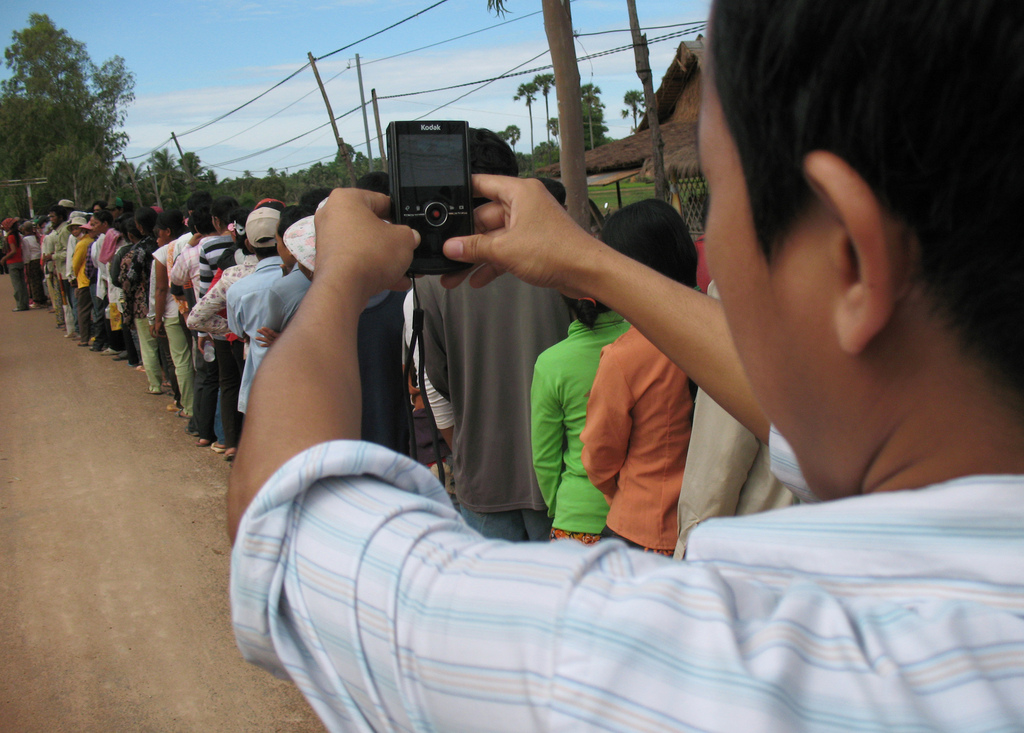 The number of people around the world with internet access rose from 2 billion to 3 billion between 2009 and 2014 and now represents nearly 40% of the global population, according to the UN International Telecommunications Union. This growth, together with the increased use of new digital technologies, has prompted human rights organizations to consider new strategies for influencing political activities.

But if these technological advances provide activists with new possibilities, they also have the potential to benefit violators of human rights. The matter is addressed in three articles in the 20th issue of Sur Journal.

“Digital technology has revolutionized the field of human rights,” write Mallika Dutt and Nadia Rasul, respectively president and consultant at Breakthrough, an NGO based in India that specializes in combating violence against women. The article goes on to say that “new forms of information and communication technologies have not only enhanced traditional forms of activism over the past decade, they have changed the very nature of advocacy”.

Watch the video of Mallika Dutt at the launch of SUR 20 in Nova York:

Dutt and Rasul emphasize that, by amplifying the voices of different communities, digital technology has transformed the opportunities, challenges and risks for everyone in the human rights field. This also includes those who violate these rights.

They point out that child pornography, human trafficking and modern-day slavery are violations that have been rising in recent years, largely as a result of the new digital media. On the other hand, the authors cite as a positive example the bloggers and journalists who played an important role in the recent Egyptian uprisings by exposing police brutality through videos and images shared in real-time on Twitter.

“Currently, data and information flow at dizzying speeds. The availability of sources has undergone radical transformations, both with regard to overcoming distance barriers, as well as in the capacity for storage, processing, and dissemination,” writes Miguel Pulido, researcher and former executive director of the Mexican NGO Fundar, in his article.

“The positive effects of Internet communication are not only valuable for their vertical reach (the audience that is reached through direct use of this medium) but also for their horizontal impact (the influence on traditional media and thus a literal multiplier effect),” he writes.

Pulido highlights the challenge of retaining people’s attention, given the enormous daily flow of information on the web. He cites data from Google, that society now produces as much information every two days as was created from the beginning of human history until 2003.

“If human rights activists want to communicate in this context, technology is an ally with great potential. To use it, it must be understood that the phenomenon implies changes not only in the final stage of the communication (how we send messages) but also in the way we construct it,” he explains, emphasizing that most of the effort in communication should focus on how the message will be presented.

Technology is also important for activists in situations where the government censures other media. This is the case in Cambodia, where Sopheap Chak runs CCHR (Cambodian Center for Human Rights) and freedoms of the press and of expression are frequently denied.

The affordability of mobile phones has helped increase the rate of internet access among Cambodians (18% of the population, an increase of 17.5% from 2009, according to CCHR), who are now increasingly using text-messaging technology to express themselves politically and 3G coverage to access the web without the use of a computer.

According to Chak in her article “New Information and Communication Technologies’ Influence on Activism in Cambodia”, the growing internet penetration and the development of new technologies have contributed to increased youth involvement in social, political and economic activism in the country.

“In Cambodia, online activism as a form of engagement is imperative when considering the lack of civic education and widespread human rights abuses,” writes Chak.