National Truth Commission in the OAS 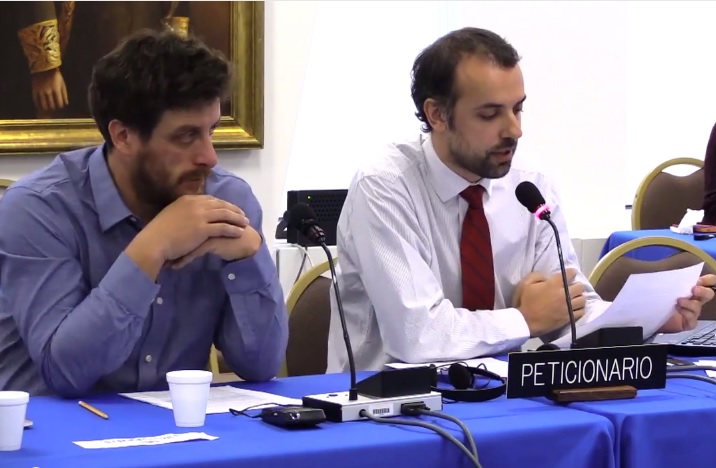 The hearing was requested by Conectas, the Justice and Peace Commission, CELS (Argentina) and WOLA (United States)

The recommendations contained in the final report of the National Truth Commission (NTC) should be implemented consistently by the Brazilian State, urged organizations from three countries this Friday (March 20) in the Inter-American Commission on Human Rights (IACHR) of the Organization of American States (OAS).

The hearing in Washington was requested by Conectas Human Rights, the Justice and Peace Commission of São Paulo, the Center for Legal and Social Studies (CELS, Argentina) and the Washington Office for Latin America (WOLA, United States) and it was attended by representatives of the Brazilian government.

At the opening of the hearing, Rafael Custódio of Conectas stated that “the petitioning organizations believe that this opportunity could represent the start of a process in which the State and civil society discuss, based on the standards of the Inter-American System, the challenges to fully guaranteeing the right to memory, truth and justice in Brazil, in the light of the final report of the Truth Commission”.

One of the main recommendations of the NTC, of the 29 that were made, is for government agents to be held accountable for the violations that occurred in the period under investigation, without permitting the application of the Amnesty Law. During the hearing, the commission members Felipe Gonzalez and José Orozco pointed out that truth commissions do not substitute another type of truth: the kind that includes investigation and criminal penalties for those responsible.

The other recommendations made by the NTC for the Legislative, Executive and Judicial branches of government involve institutional, constitutional and oversight reforms. They include the creation of mechanisms to prevent and combat torture, the creation of detention hearings, the strengthening of Community Councils, the creation of independent forensic agencies, the establishment of external ombuds offices and internal affairs units for the prison system, and the reform of the police.

The organizations asked the IACHR to monitor the implementation of the recommendations, particularly the creation of a permanent body by the government to be responsible for supervising the progress. During the hearing, the commission member Rosa Maria Ortiz questioned the Brazilian government on the lack of progress on this issue. The government only answered that it is “still studying alternatives”.

“Without the creation of a body responsible for monitoring the recommendations, we shall continue to have isolated actions, but not a state policy to address the recent authoritarian past,” said Juana Kweitel, program director at Conectas.

During the hearing, video statements by José Carlos Dias, a former Justice Minister and member of the Justice and Peace Commission of São Paulo, and Marlon Weichert, a federal public prosecutor, were played.

The petitioners submitted to the IACHR and to the State a report that listed the following requirements:

To the Inter-American Commission on Human Rights:

1)     Make an on-site visit to check the procedures that are being adopted by the Brazilian State towards creating a permanent body – with civil society representation and sufficient institutional power – to monitor compliance with the recommendations made by the National Truth Commission in its final report;

2)     Establish a forum for ongoing dialogue with the Brazilian State, in all its branches, particularly the Judiciary, to discuss what is being done to comply with the recommendations contained in the final report of the National Truth Commission, in annual monitoring meetings in the presence of the Brazilian State.

To the Brazilian State:

1)   The application of Recommendation No. 26 of the final report, which calls for the urgent creation of a permanent body – with guaranteed representation by civil society – for monitoring the recommendations made by the National Truth Commission in its final report;

2)   The determination, by the proper authorities, of the legal responsibility – criminal, civil and administrative – of the government agents who caused the serious human rights violations that occurred in the period investigated by the NTC;

3)   The application of all the recommendations made by the National Truth Commission in its final report.

Watch the hearing in full below: