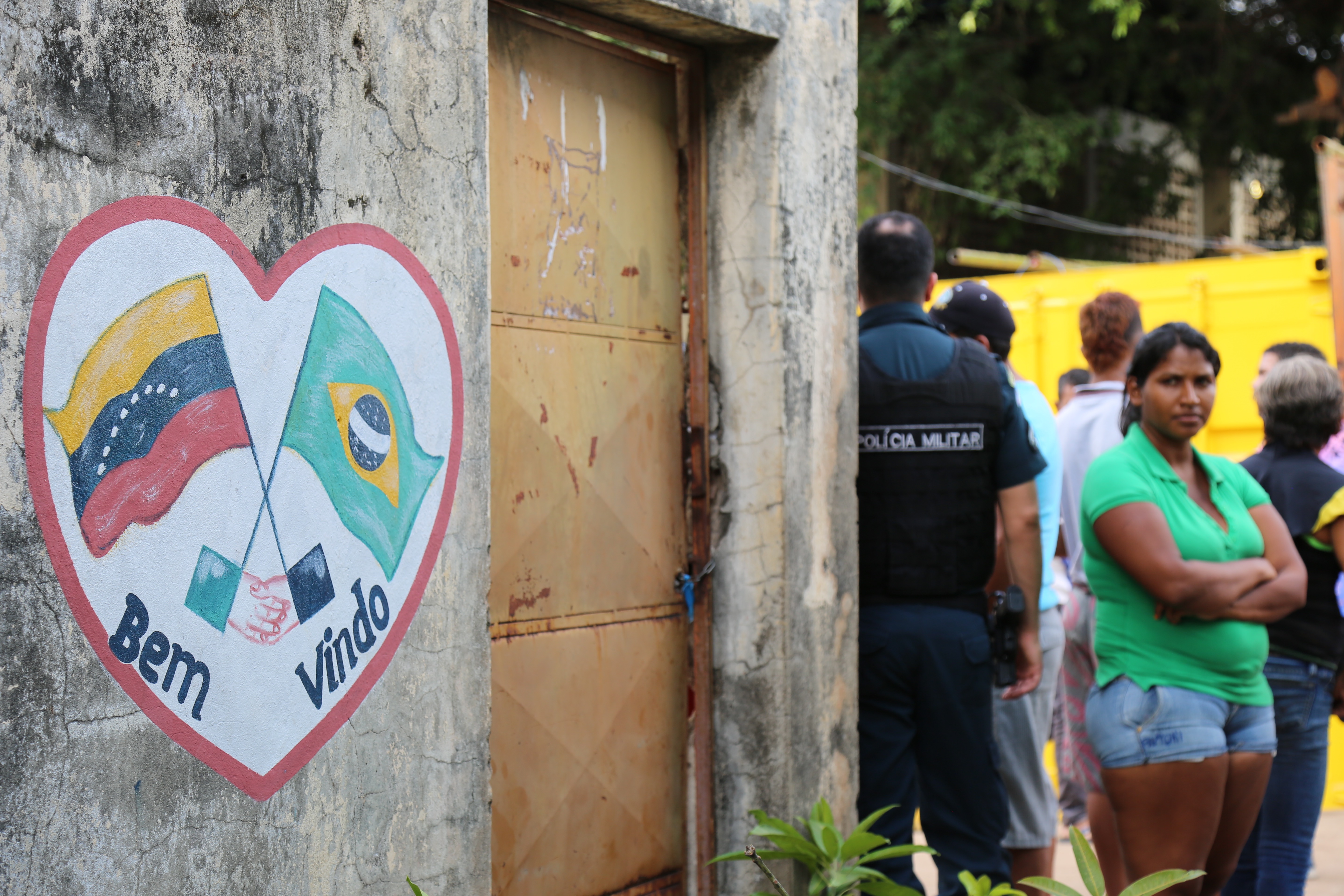 Members of the CNDH (National Human Rights Council) on a mission to Brazil’s northern states will submit a request to a full session of the Council for the federal government to step up its participation in the management of the Venezuelan immigration inflow as a result of the increase in the number of people seeking residency or asylum in Brazil due to the economic and humanitarian crisis facing the neighboring country.

In a press conference given on Friday, January 26, the delegation gave an overview of their visits to the shelters and the meetings held with local and federal authorities. The mission, which started on January 17, visited the cities of Belém, Santarém, Manaus and Boa Vista and the border town of Pacaraima. The recommendations of the group will be submitted to the full session of the CNDH at a meeting to be held in Brasília on January 31.

According to João Akira Omoto, a deputy federal prosecutor for citizen rights of the Federal Prosecutor’s Office, the plan is to request the federal government to set up an ad-hoc committee to improve the flow and management of information on migration mobility, plan integrated actions and draft assistance measures.

“It’s clear that state and municipal governments have limited resources, infrastructure and preparedness to absorb this contingent of people. This is why the federal government needs to play a more active role in the coordination with all the authorities,” said Omoto.

Another of the group’s recommendations is the need to study a plan to move the Venezuelans to other regions of the country and to create different assistance measures for indigenous groups.

“We identified the presence of at least three indigenous ethnicities from Venezuela that are immigrating to Brazil, the largest of which is the Warao. These groups have different needs on account of their customs and culture and they need government assistance together with orientation and arbitration by anthropologists,” said Camila Asano, coordinator of programs at Conectas.

“In Boa Vista [the capital of the state of Roraima], the Federal Police has been processing 75 asylum applications per day. Roraima is definitely the state where the situation is more delicate, both because it is the entry point, since it borders Venezuela, and because it has been dealing with this situation for longer,” said Asano, pointing out that immigration issues are complex as they involve an extremely fluid dynamic, particularly in the case of the Venezuelans, who generally arrive here in a vulnerable condition.

A preliminary report of the mission will be presented to the Full Session of the 34th Regular Meeting of the CNDH, which will take place in Brasília on January 31 and February 1.

The final report, with conclusions about the human rights situation facing Venezuelan immigrants and recommendations for the appropriate agencies based on the information collected from the meetings and visits will be drafted by the members of the mission. Once completed, the report will be submitted for the approval of a Full Session of the CNDH.

Composition of the mission

The mission was formed by the Council members João Akira Omoto, a representative of the Federal Prosecutor’s Office; Camila Asano, a representative of Conectas Human Rights; João Chaves and Roberta Alvim, from the Federal Public Defender’s Office; and Letícia Carvalho, of Missão Paz. The head of the mission of the International Organization for Migration (IOM) in Brazil, Stéphane Rostiaux, also accompanied the work.