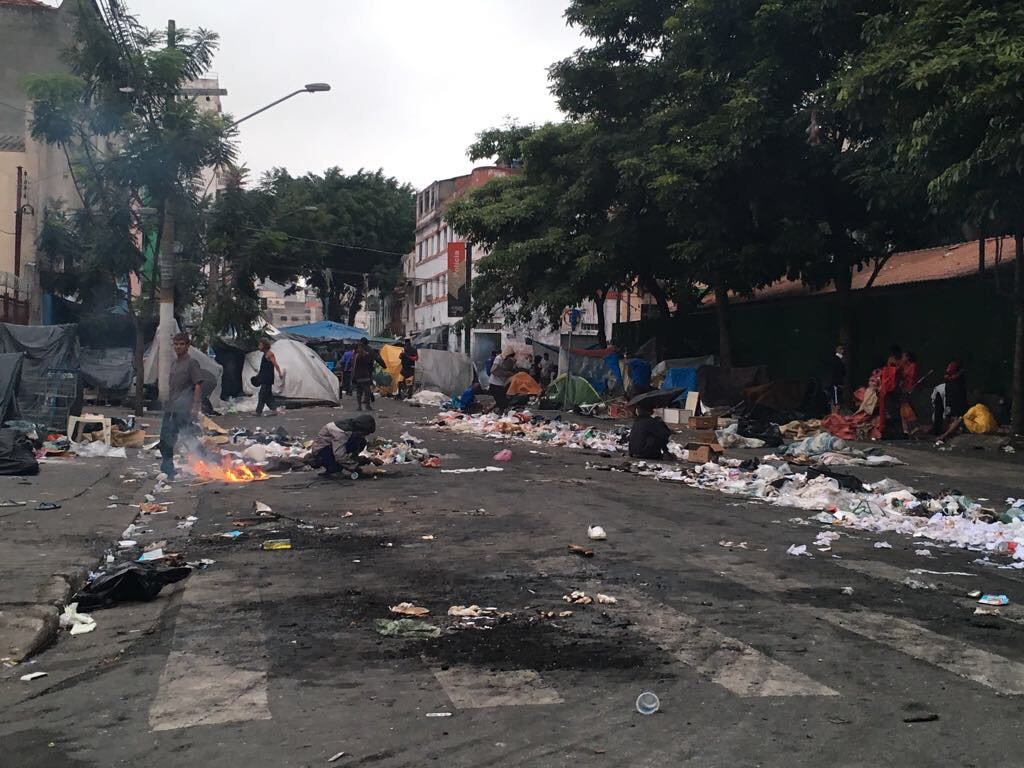 In response to the closure by the São Paulo municipal government of ‘Atende 2’, a treatment shelter for drug addicts in the downtown region known as Cracolândia (Crackland), on April 8, several organizations have published an official letter against the decision.

The organizations question the lack of justifications for the closure of the shelter and the absence of dialogue with civil society. According to the municipal government, the site was in a state of decay.

To compensate, the Municipal Social Assistance and Development Department has opened ‘SIAT 2’ (Integrated Therapeutic Reception Service), promising to provide shelter, food, clothing, hygiene products and showers for people living on the streets and drug addicts. The new project is located in the neighborhood of Glicério, 2 km from Cracolândia.

However, organizations opposed to the change point out that, in addition to the measures being insufficient to combat Covid-19, many of the services previously provided at Atende 2 are not being offered at the new site.

“Showers are not available (…) neither are there any sinks or running water, soap or even toilet paper – all essential items for the provision of any form of human dignity,” reads an excerpt of the document.

On the day of the closure, Judge Celina Kiyomi Toyoshima of the 4th Treasury Court of São Paulo issued an interim decision requesting the reestablishment of the center’s activities. The judge noted that the ‘Atende 2’ center is the only one that caters to the downtown region of the city.

The municipal prosecutor, Eduardo Scomparin, rejected the decision, endorsing the text of the Drug Policy Coordination Department. He claimed that the closure of ‘Atende 2’ did not represent a reduction of treatment for the residents of Cracolândia, and that ‘SIAT 2’ comes with improvements and space for a larger number of people.

A video made on April 13 shows agents from the Metropolitan Civil Guard preventing the people from the project accessing the water truck sent by the municipal government for cleaning purposes. The access to water is controlled and lasts less than eight hours. According to the organizations, there are days when the truck does not show up at all.

In the official letter, the organizations ask the Municipal Audit Court, within the scope of its duties, to inspect the spending of the municipal government’s public finances with regard to people in vulnerability, given the needs imposed by the novel coronavirus.