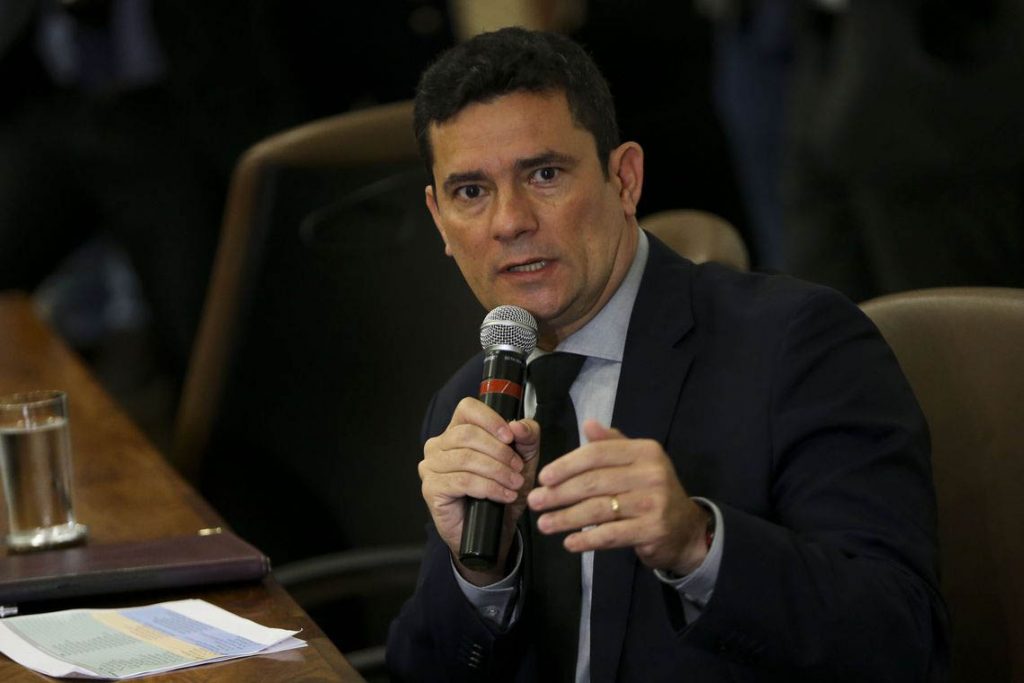 Brasilia DF 04 02 2019 The Minister for Justice and Security, Sergio Moro, meeting withgovernors and state secretaries of public security to present the Anticrime Bill.

In an attempt to demonstrate hard-hitting action in fighting crime, the package of measures presented on Monday 4 January, by the Minister for Justice and Public Security, Sérgio Moro, offers unconstitutional solutions, that are known to be ineffective, without tackling the structures of the violence that affects the large urban centres in the country.

Despite its modern packaging, the project insists on a punitive point of view and on swelling an already overwhelmed prison system, by proposing harsher sentences and reducing rights such as progression of sentence. In addition, it incorporates Jair Bolsonaro’s campaign promise to offer carte blanche for the police to kill – known as the ‘illicit act exclusion clause’.

In one of the countries with the highest police lethality rates in the world, Moro’s package proposes reducing jail sentences for police officers who have attempted murder and who plead in their defence that it was “because of excusable fear, surprise or violent emotion”. This loophole could be a blank cheque to kill. The measure is an ideological, demagogic move and no research or technical criteria is presented to back it up.

There is also the proposal of a plea bargain, a North American model in which the accused can make an agreement with the Public Prosecutor’s Office before initial proceedings begin. This was presented by the Minister with the argument that this could reduce sluggishness in processing lawsuits and could bring pragmatism and swiftness to criminal accords. In truth this could generate perverse results for society, such as the conviction of innocent people. Underprivileged suspects who do not have the resources to hire a lawyer are at a clear disadvantage in bargaining their sentences with a prosecutor. This could contribute to compulsory admission of guilt and an increase in the number of cases of injustice in the criminal system.

According to ACLU, one of the most important organisations for the defence of civil rights in the USA,  nine in every ten cases are negotiated via “plea bargain” in the country. The result, according to the institution, is that 90% of the time, people plead guilty, even when they are innocent, in fear of a negative result at trial.

The proposal for automatic, immediate imprisonment of people convicted by jury in trial court is also unconstitutional as it violates the presumption of innocence set out in the Federal Constitution

It has been thoroughly proven in studies and research, whether academic or by civil society, the real fight against factions and the militia is through more investment in intelligence and investigation, as well as an end to the ‘War on Drugs’. In practice, the law on drugs of 2006 (law 11.343/2006) does not solve the problem at all. On the contrary, it merely leads to mass incarceration of young people and women who, finding themselves in vulnerable situations, are lured into organised crime and carry out minor functions in the illicit commercial drugs networks.