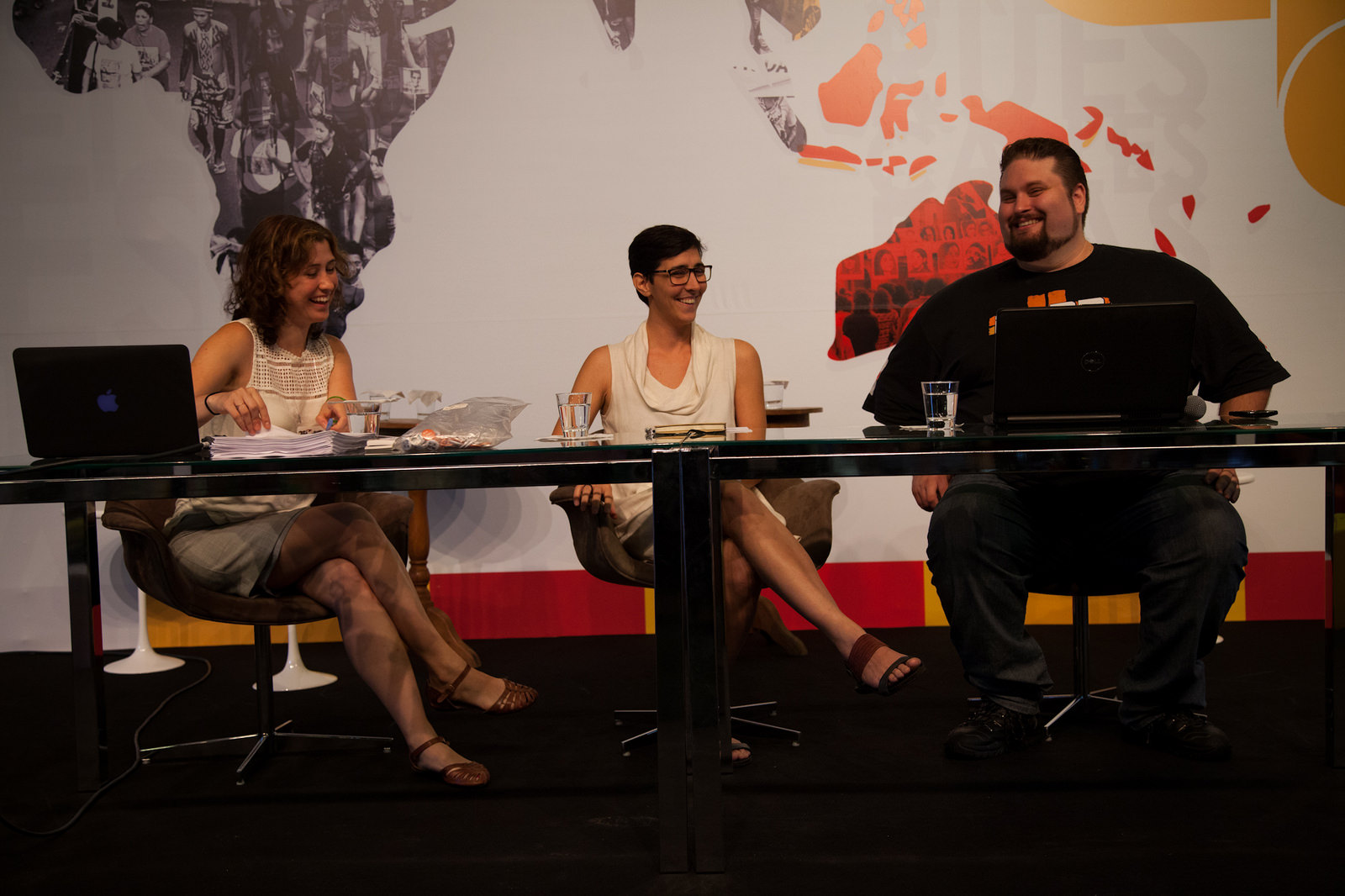 “More videos means more rights, because they can refute the lies told by the authorities,” said Priscila Neri

According to Priscila Neri, program manager at Witness, and Alexandre Morgado, a member of GAPP (Popular Protest Support Group), video footage of human rights violations are increasingly more important when it comes to holding the perpetrators accountable for abuses.

Neri and Morgado took part on the panel “The practices of the streets”, held on Thursday, May 28, at the 14th International Human Rights Colloquium, and moderated by Josefina Cicconetti, a ‘connector’ for Latin America as part of the South-South program of Conectas.

“More videos means more rights, because they can refute the lies told by the authorities,” said Neri. As an example, the representative from Witness presented real cases in which videos have been used to defend activists or to bring charges against authorities who committed crimes. As a result of one video, used by a defense attorney, an activist from Rio de Janeiro was acquitted of false charges of property damage during a protest in 2013.

Neri emphasized seven essential steps to be followed before filming violations: purpose, safety, planning, practice, equipment, organization of files and precautions with the internet. “In short, you need to know why you are filming, what the risks are, what images best illustrate the violation, take care with the audio and image quality, have spare batteries and cards, store the files in a secure place and assess whether the web is the best channel for releasing the video,” she said.

Morgado, meanwhile, stressed the importance of creating a network of contacts among activists during the protests so the material is guaranteed to get to the public and be used to defend arrested or injured victims. With this in mind, the GAPP activist cited examples in which audiovisual recordings of police violence against demonstrators in June 2013 were shared among participants in the protest before being published on YouTube.

“The police need ways to make sure the demonstrations have a short duration, and the way they have found is the deliberate use of violence against civilians,” claimed Morgado. He and other members of GAPP have been either injured or arrested, which he said is an example of the fact that “knowing how to defend yourself is not enough” when encountering police repression during the protests. “This is why it’s always important to have a mobile phone handy to film these abuses,” he concluded.

This article was written by Agnes Sofia and is part of the collaborative coverage of the 14th Colloquium.