A demonstration called by Caetano Veloso, will be held in Brasília this Wednesday (9th of March) at 3 pm prompt, in front of the National Congress 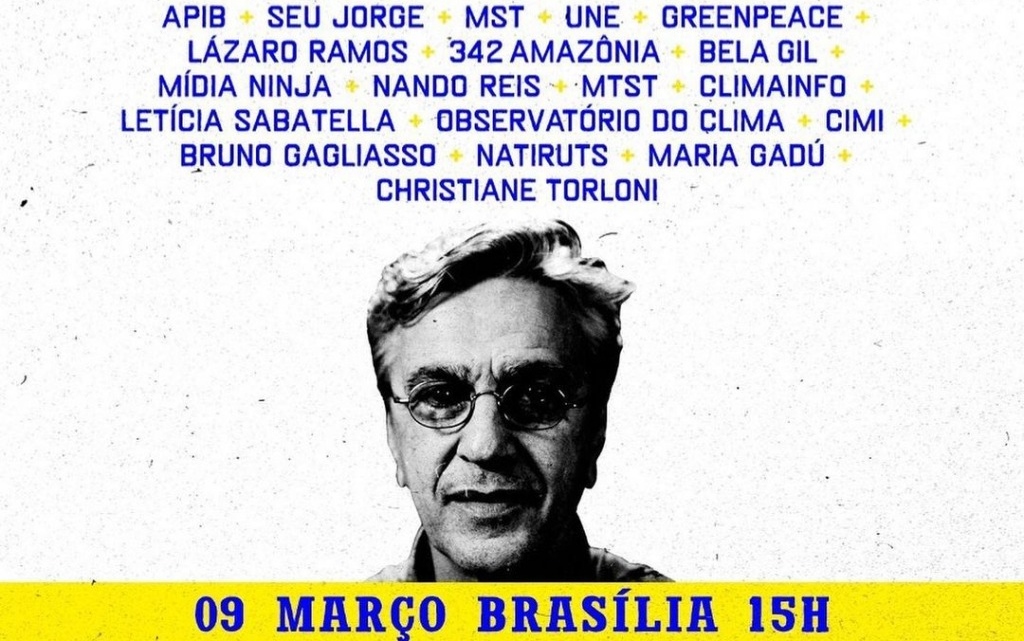 Over 230 civil society organizations, as well as social movements, joined a group of about 40 artists for the Ato pela Terra, which will take place in Brasília this Wednesday (the 9th of March), from 3 pm, right in front of the National Congress.

The event, unprecedented, was convened by singer Caetano Veloso, in protest against the Destruction Package, a couple of ongoing bills in Congress that could grant amnesty to land grabbing, effectively extinguish environmental licensing and increase the confiscation of indigenous lands.

Among the organizations that have so far joined the act are; environmental, student, indigenous, union, black movement and academia entities. This is the first of its kind where a diverse set of actors in society has carried out an act of this dimension with the socio-environmental agenda at the forefront.

“Each of these projects tends to take away from Brazilians a piece of their future,” the organizations say in a manifesto. “In order to reward a handful of criminals, they condemn ecosystems, rural settlements, indigenous people and quilombolas and also widen the chasm of inequality. In addition, they plunge our economy into backwardness and external discredit to make Brazil a global climate risk.”

The entities ask Senate President; Rodrigo Pacheco (DEM-MG), that none of the “death combo” projects be voted on until they are aligned with science, the demands of traditional populations and in light of the climate emergency.

Topic: Demonstration in defense of the Earth and against the #PacoteDaDestruição (hash tagged; destruction package)

Venue: Esplanade of Ministries in front of the National Congress