Meeting to debate the political challenges in combatting religious racism; find out how to stay informed

Criola, Conectas and Portal Catarinas are holding the fourth and final event in this round of debates 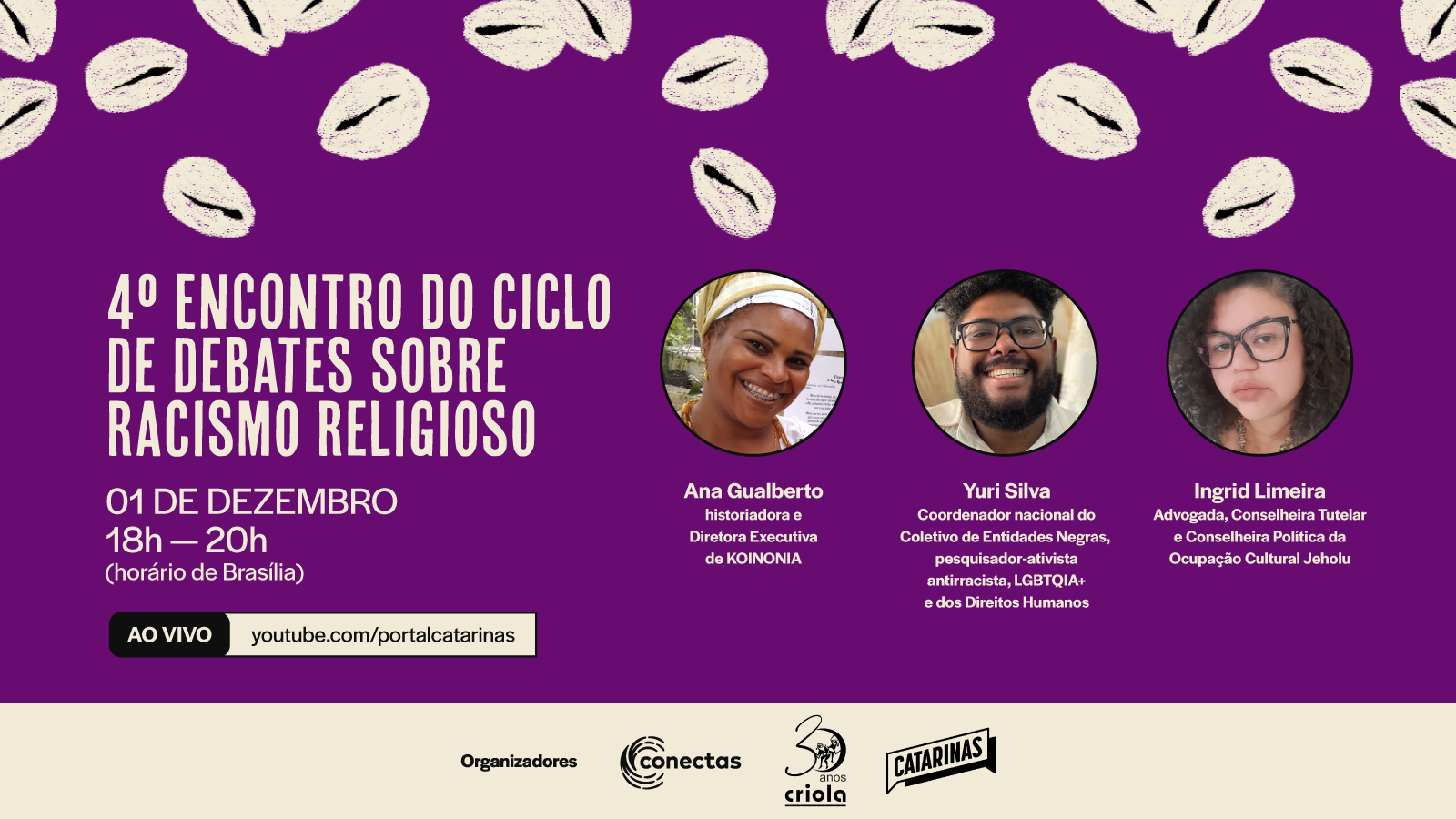 The final meeting of the round of debates on religious racism, hosted throughout the year by Criola, Conectas and Portal Catarinas, will take place on 1 December. Support will be provided by Synergia – Human Rights Initiative. There will be a “live” broadcast on the  Catarinas YouTube channel, from 6pm to 8pm. Simply fill out the form available on the link to receive a notification before the start of the event.

The series of four meetings will close with the subject “The situation in Brazil and the political challenges in combatting religious racism”. The objective has been to discuss the impacts of racist violence with the black community, people from religions of African origin, indigenous people and other social groups directly affected.

As well as reminding people of some of the pertinent points covered in the three previous gatherings, the purpose of the closing meeting is to reinforce the importance of a collective and strategic effort in tackling religious racism. The intention is also to deepen understanding of the central importance of territory for religions of African origin and indigenous spirituality, as well as the nuances of religious racism, related to gender and sexuality in Brazil.

Read more: What is religious racism and how does it affect the black population

On this day, sharing their knowledge and experience with us will be: Ana Gualberto, historian and executive director at Koinonia; Ingrid Limeira, lawyer, guardianship counsellor and political advisor at Jeholu Cultural Occupation and Yuri Silva, national coordinator of the Black Entities Collective and researcher/activist on antiracism LGBTQIA+ and Human Rights.

The previous meetings brought together leaders, activists and people from the academy who are engaged in denouncements, research and combatting religious racism in Brazil and in Latin America. The very concept of religious racism, the state´s omissive role in relation to discriminatory practices in the hegemonic sectors of religion and their consequences, as well as the colonial heritage that permeates the whole of Latin America, have been some of the topics of discussion until now.