Massacre in the Jacarezinho Favela is denounced to the UN, IACHR and the CNDH

Organisations demand an independent investigation into killings in the favela 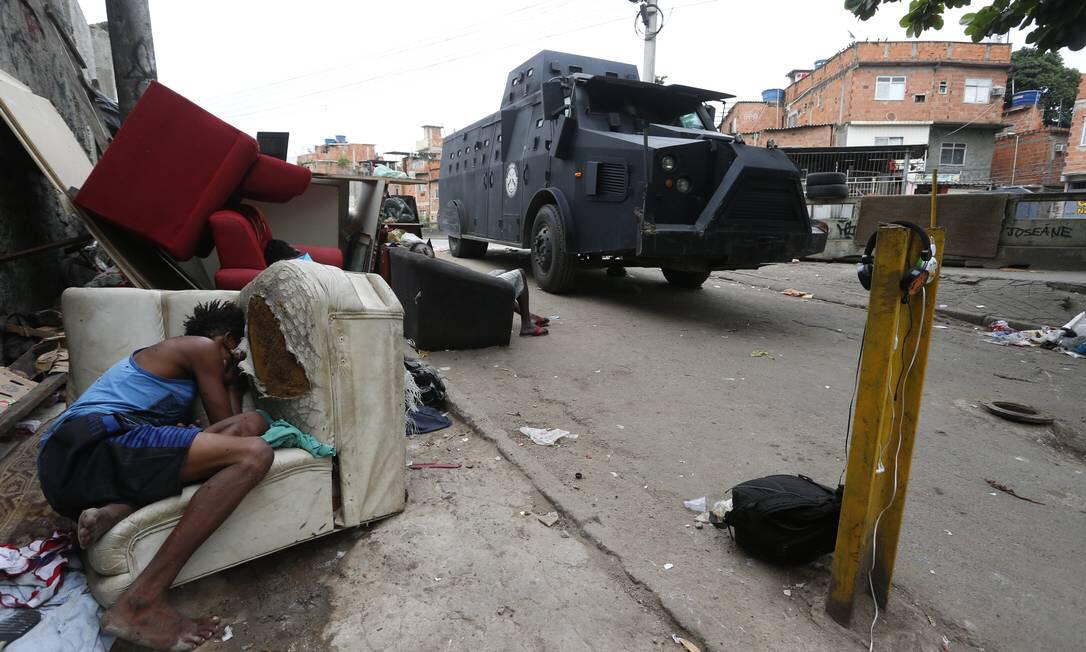 A report was sent to the UN (United Nations), the IACHR (Inter-American Commission on Human Rights) and the CNDH (National Human Rights Council) on Friday 7th concerning the rights violations that occurred in the Jacarezinho (RJ) favela during an operation by the Civil Police that left 25 people dead.

The organisations requested a guarantee that there would be a swift, independent, transparent and impartial investigation, led by an independent body, unconnected to the security forces and public institutions involved in the operation. In addition, they called for full reparation of the victims´ families and the creation of a plan to reduce police lethality in Rio de Janeiro.

The organisations are also stressing the impossibility of carrying out impartial investigations in these cases. By 7pm on Thursday the victims´ bodies had still not been taken to the Forensic Department, although the operation had been carried out in the morning. Only the body of the civil police officer killed in the operation was taken to the Forensic Department for examination in the morning. Both the IML (Forensic Department) responsible for examining the bodies of the victims and the ICCE (Criminal Institute), responsible for examining crime scenes and related objects, are linked to the Civil Police in the state of Rio de Janeiro.

According to the document, “a Civil Police helicopter fired pell-mell at the favela, causing terror and making it impossible to carry out any activities there. The Anthidio Dias da Silveira Family Clinic, a health centre that has been giving Covid 19 vaccines, as well as providing other services, had to close its doors. In addition, there were reports of state officers invading homes and illegally confiscating mobile phones.”

Since June last year, an injunction by the Supreme Federal Court, under a claim of non-compliance with a fundamental precept, number 635, has meant suspension of police operations in the Rio de Janeiro favelas during the pandemic, with the exception of “absolutely exceptional circumstances” and prior written justification to the State Prosecutor´s Office. The Rio de Janeiro state government, however, has been systematically disregarding the STF decision and has continued to carry out operations.

As early as Friday 7th, the UN and the UNCHR had already spoken out regarding the violence in the Jacarezinho favela. The spokesperson for the UN High Commissioner for Human Rights, Rupert Colville, called for authorities to carry out an independent and thorough investigation  into the police operation in the Jacarezinho favela. Colville stated that there had been “disproportionate, unnecessary use of force by the Brazilian police on poor, disenfranchised people in areas largely populated by Brazilians of African descent, in communities known as favelas.”

Similarly, the IACHR urged the Brazilian state to carry out a rigorous investigation into the facts, immediately and impartially, to punish those responsible and to provide reparation to victims and their families: “The Commission reminds the state of its duty to reform public security forces in order to ensure they comply with international parameters on the use of force, based on the principles of legality, proportionality and absolute necessity. It also reiterates the urgent need to modify the rationale of militarisation of police institutions, the nature of which contravenes international human rights standards. The IACHR reaffirms that these institutions are failing to focus on human rights, a fundamental element in facing problems related to citizens´ safety in democratic states,” they said in a note.