Marielle Franco’s partner calls for justice in hearing at IACHR 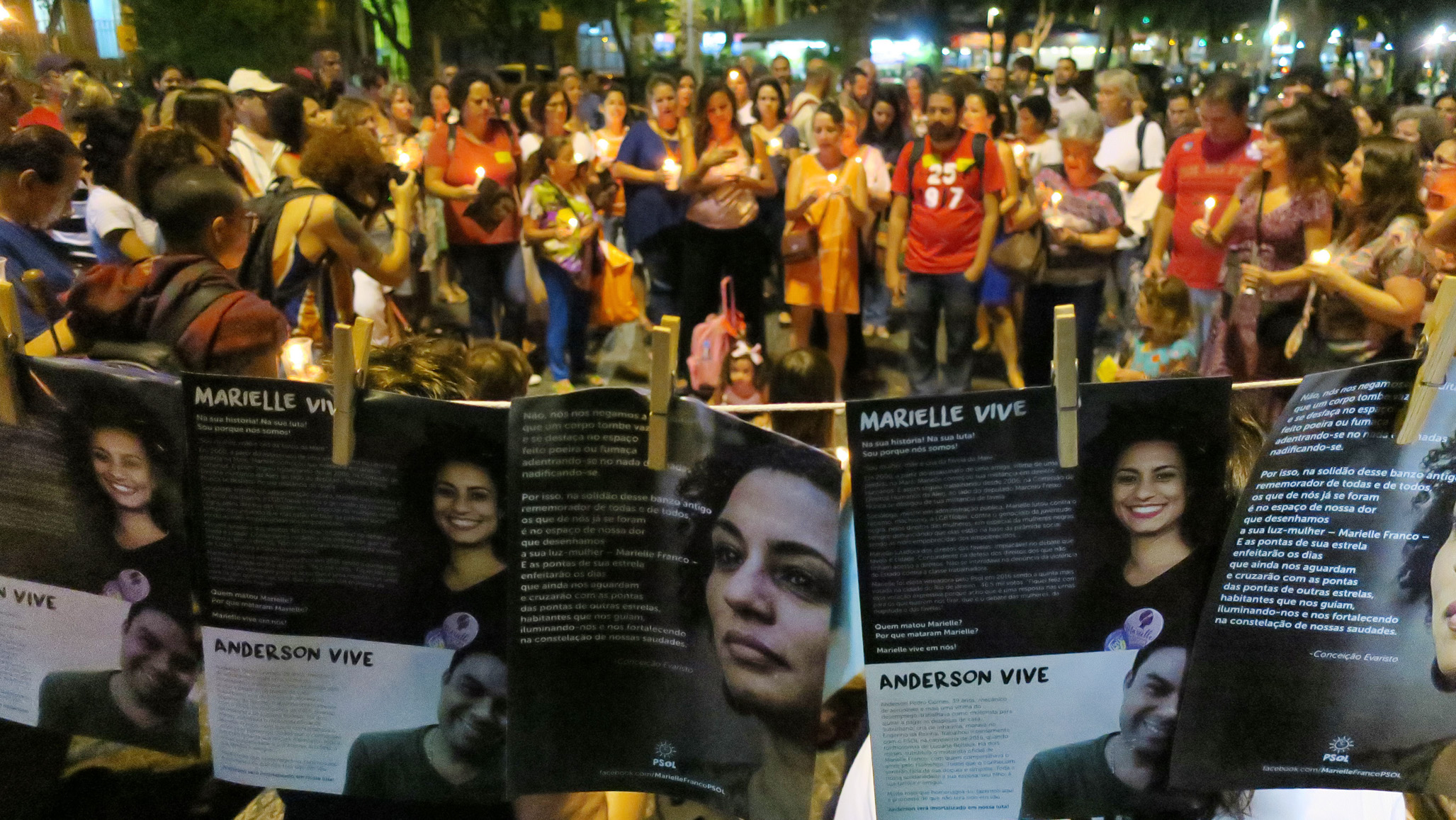 On Tuesday, May 8th, nearly two months after the barbaric execution of activist and Rio de Janeiro city councilwoman Marielle Franco, her partner, Mônica Benício, called for justice and a rapid resolution of the case at the Inter-American Commission on Human Rights (IACHR).

“The issues that the councilwoman defended were unmatched in the fight for human rights,” Mônica said. “The world wants to know not only who killed Marielle, but also who ordered the killing and the motivations behind this crime.”

Benício spoke during a hearing on the situation of Human Rights Defenders in Brazil, which was convened by the IACHR and in which Justiça Global (Global Justice), the Brazilian Committee of Human Rights Defenders, Terra de Direitos (Land of Rights), Conectas Human Rights, the Brazilian Gay, Lesbian, Bisexual, Travesti, Transsexual and Intersex Association, and the House of Representatives External Commission to Accompany the Investigations into the Assassination of Marielle Franco and Anderson Gomes all participated. The 168th Period of Sessions of the IACHR are being held this week in the Dominican Republic.

Preliminary data from the Brazilian Pastoral Land Commission show that in 2017 alone, nearly 70 people died in conflicts in the field. In addition to calling attention to the need for Brazilian state policies that protect Human Rights Defenders, the hearing highlighted the importance of Marielle’s fight against violence inflicted on vulnerable groups and the urgency of a rigorous investigation to identify those responsible for the crime.

Civil society organizations have accompanied investigations since the assassination, a crime that has not yet been solved. In March, 102 organizations denounced the case during the 37th Session of the UN Human Rights Council, criticizing the lack of funding for programs to protect Human Rights Defenders in Brazil.

The president of the IACHR, Margarette May Macaulay, argued that all possible resources must be used to solve of this case.“The State should publicly declare that it will not tolerate any form of attack against human rights defenders,” she announced.

In response, a representative of the Foreign Relations Ministry, Fernando de Oliveira Sena, reinforced that the Brazilian government has shown a systematic commitment to serious and rapid investigations and to punishing those found guilty of the crime. “The assassinations of Marielle and Anderson were barbaric and cowardly acts that shocked Brazil and the world. The crimes need to be solved quickly and their authors must be taken to justice. Encounters like this one are important, as is our uniting to preserve the legacy of Marielle Franco and look toward truth and justice, working with determination so that crimes like this do not happen again,” he concluded.

Since the beginning of the intervention in February of this year, there has been a significant worsening of violence indicators. According according to data presented by the Intervention Observatory in partnership with CESeC (the Center for the Study of Security and Citizenship), in two months, twelve mass killings occurred, leaving 52 dead. More than 1,500 shootouts were registered in the period. Violations such as the illegal registering of residents of the Maré favela by military personnel were also condemned by the organizations.

Jefferson Nascimento, a lawyer at Conectas, spoke about the unconstitutional nature of the decree that declared the intervention:

“By defining that military personnel would carry out the intervention, the decree violates the Constitution, which says that all public roles are of a civil nature, independent of who occupies them. The text of the decree also exempts those carrying out the intervention from state norms that may conflict with execution,” Nascimento affirmed.

“Even though intervention is an exceptional measure provided for in the Federal Constitution, there is no constitutional provision or authorization for those leading the intervention to ignore state norms,” he explained.

After hearing speeches from civil society, the commissioners questioned the use of the Armed Forces in the intervention. “The Armed Forces are trained to deal with enemies, not with civilians,” Antonia Urrejola, IACHR rapporteur for Brazil, challenged. Antonia also alerted to the fact that the state agents should be subject to impartial investigation mechanisms and trials, contrary to Law 13.491/2017, which transfers trials of crimes committed by military personnel against civilians to the Military Tribunals.

In response, the Brazilian government argued that the financial crisis in Rio de Janeiro state justified the intervention. Watch the video.

The hearing was organized by Conectas, Justiça Global, Redes da Maré, the Center for the Defense of Human Rights and the Ombudsman of the Public Defender’s Office of the State of Rio de Janeiro and along with sixteen other civil society organizations.