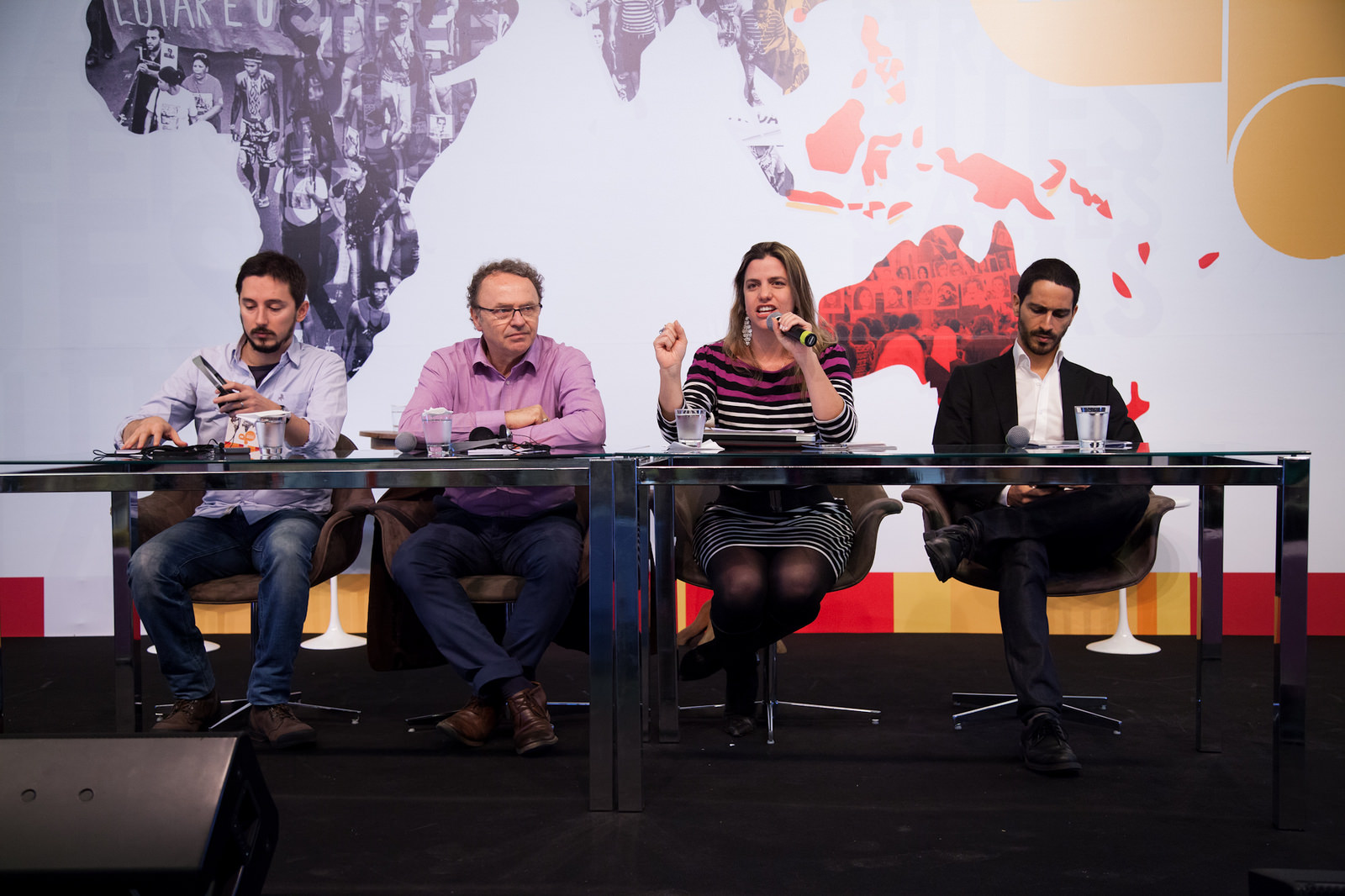 “Since there are no rights, why would people make a commitment to politics?” asked Figueroa

Just as the internet has deepened the polarization between conflicting opinions, new digital tools are seen by activists, experts and even public authorities as a hope for increasing social participation.

According to the speakers on the panel “Democracy and the new tools of participation” held on Thursday, May 28, at the 14th International Human Rights Colloquium, virtual platforms have been used in an attempt to promote a greater interaction between society and government given the widespread crisis of representative democracy.

The topic was debated by Ronaldo Lemos, director of ITS (Institute of Technology and Society, of Rio de Janeiro), Rogério Sottili, the São Paulo deputy secretary of human rights, and Francisco Figueroa, one of the leaders of the Chilean student movement. The discussion was moderated by Jéssica Carvalho Morris, who will take over as executive director of Conectas in July this year.

Figueroa stressed that the political apathy in both developed and emerging countries is the result of a form of government that does not respect the opinion of the people or defend their rights.

“Today, in Chile, few people participate in the elections. Since there is no education, health or rights, why would people make a commitment to politics?” he asked. “The State should consider society and social movements as actors who can take decisions, not as mere spectators. There is no democracy without the participation of society, only a semblance of democracy,” concluded Figueroa.

According to Rogério Sottili, to strengthen democracy, the authorities should make people feel empowered in the city. “We need to make progress in the field of sociability and in the integration between the individual and the public arena,” he said.

The role of the new technologies in this context, said Ronaldo Lemos, is to contribute to the quality of the debate. “Without a comprehensible public debate, how can we guarantee a democratic society? Helping to refine knowledge is one of the most important tasks in the use of technology,” he added.

As an example, Lemos spoke about the experience creating the Civil Framework for the Internet in Brazil. “The Civil Framework was, first and foremost, a reaction by society against the reactionary proposals in Congress,” he concluded.