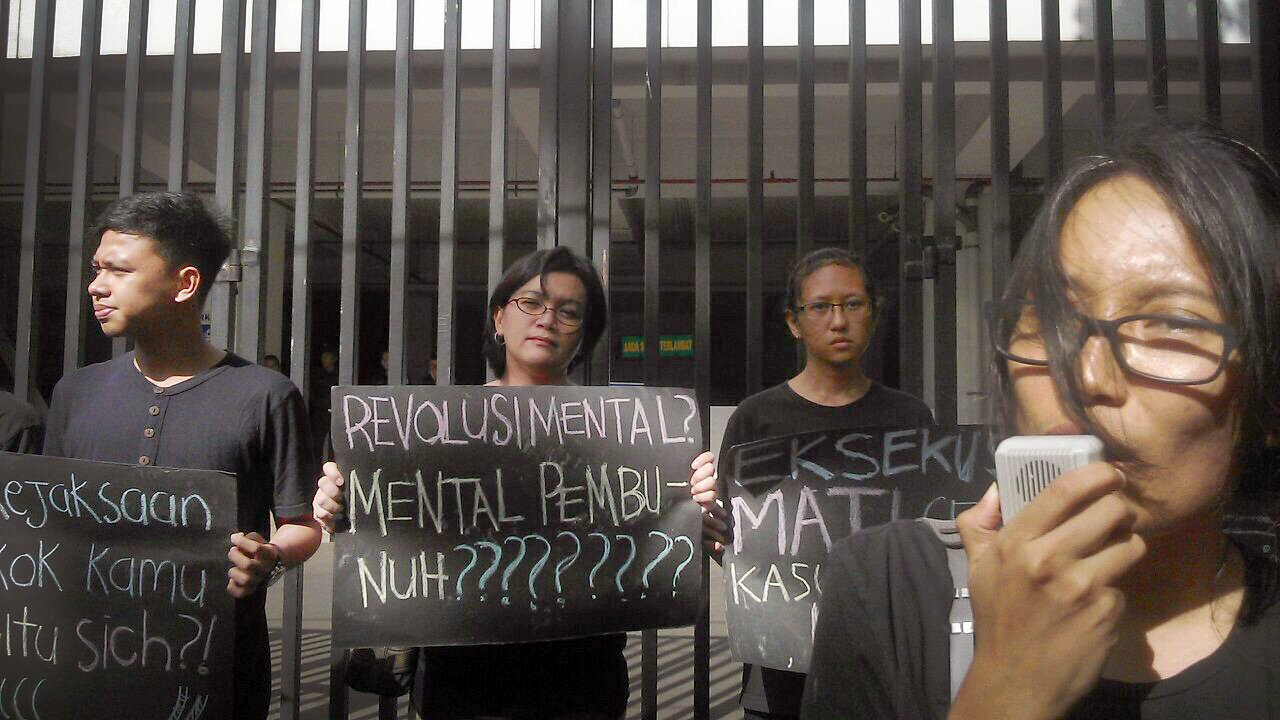 It was in the early hours of the morning on Nusakambangan Island that eight people sentenced to death for drug trafficking, among them the Brazilian Rodrigo Goularte, aged 42, were brought before a firing squad. The group decided to openly face their executioners and challenge the silence. Refusing blindfolds and keeping their eyes open, they sang Amazing Grace until they were interrupted by the bullets. Outside the execution zone, among relatives and human rights defenders, there were some who responded to the gunfire with applause.

“There is a great deal of sadness and frustration,” said Haris Azhar, director of KontraS, one of the country’s leading human rights organizations. He believes that the international dismay in response to the executions could raise the mobilization to end the death penalty, serving as a reference “not only for Indonesia, but also for Brazil and all the other countries that are fighting against capital punishment”.

According to a statement published by KontraS, a series of irregularities were committed in the legal procedures related to yesterday’s executions. “They indicate that there are serious legal problems in the Republic of Indonesia. The State failed to uphold the law.”

In solidarity with the family, Azhar and other human rights defenders participated in a mass held in memory of Goularte. “Now the priority is to provide enough attention for Angelita Muxfeldt, his cousin. The past few days have been exhausting for her, and she’s very weak,” he said.

According to information from the Brazilian Foreign Ministry, seven appeals were made for the Indonesian government to stop the executions. Pressure was also exerted by international human rights organizations, which have been mobilized since the start of the year, when it was announced that the executions would resume. On Monday, April 27, Conectas and Amnesty International sent a letter to President Joko Widodo requesting clemency for the prisoners and the abolition of the death penalty in the country.

“Particularly in regards to the use of the death penalty for drug-related crimes, one cannot tolerate the application of a punishment that is far more violent than the crime itself. The death penalty is known to be counterproductive in curbing crime rates, and it has no place in the modern world, nor can it exist in emerging democracies like Indonesia,” reads the document.

“Indonesia has taken another decisive step towards joining a group of increasingly more isolated nations that recognize the death penalty as a legitimate means of responding to social challenges,” said Camila Asano, coordinator of Foreign Policy at Conectas. “The government of Joko Widodo has gone astray and put at risk the breakthroughs made by the country in recent years in terms of guaranteeing rights. As well as clearly failing in its purported goal of reducing drug trafficking, today’s execution is symbolic of a major setback,” she added.

According to the latest report on the death penalty around world by Amnesty International, only 22 countries carried out executions in 2014.

This was the second round of executions by firing squad in Indonesia so far in 2015. In February, six convicts (among them the Brazilian Marcos Archer) were killed. The resumption of the death penalty under the justification of cracking down on drug trafficking was one of the main campaign platforms of President Joko Widodo, who was elected in July last year.

Widodo is the first president since the end of Indonesia’s dictatorship (1967-1998) with no ties to the old regime – and, precisely because of this, he embodied the dream of consolidating democracy in the country after 17 years of transition. His government, however, has faced growing criticism for its tough anti-drug policy. In a statement issued yesterday, President Dilma Rouseff said Goularte’s execution marks “a serious event in relations between the two countries”.