Justice for indigenous peoples: what is being done and how you can help 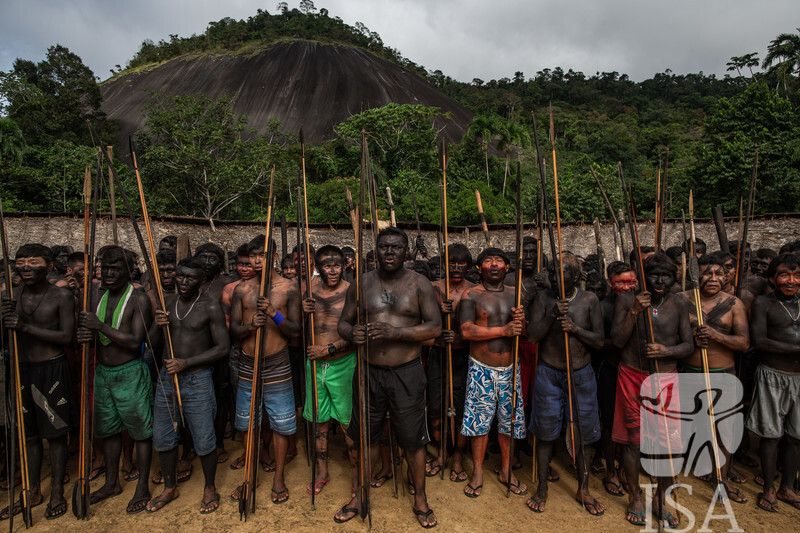 “These are the words of he who claims to be a great man in Brazil and calls himself President of the Republic. What he really says is: ‘I am the owner of this forest, these rivers, this subsoil, the minerals, the gold and the precious stones! All this belongs to me, so go find it all and bring it back to the city. We shall make everything a commodity!’. This is what white men think and with these words they have been destroying the forest, since forever,” declared the Yanomami leader Davi Kopenawa, in March, at the opening of the 43rd session of the UN Human Rights Council in Geneva, Switzerland.

Together with the organizations Comissão Arns, Instituto Socioambiental and Conectas, Kopenawa denounced to the world the government’s offensive against indigenous peoples. Since the start of the novel coronavirus pandemic, however, the situation has worsened – mainly due to the illegal mining activities on protected lands.

The impact of Covid-19 on indigenous peoples

To measure the impact of Covid-19, APIB (Association of Indigenous Peoples of Brazil) has been conducting an independent daily count due to the underreporting in the government’s official numbers, which do not account for indigenous people in urban areas. By the end of August, according to APIB, there were 28,815 confirmed cases of infections among indigenous people, with a total of 757 deaths and 156 tribes affected.

Miners Out, Covid Out!

In June, the Forum of Yanomami and Ye’kwana Leaders launched the campaign “Miners Out, Covid Out!”, denouncing the presence of more than 20,000 illegal miners on their lands and calling for the removal of people who are the main vectors for spreading the novel coronavirus virus among indigenous populations – a bitter déjà vu from the trespassing in the 1970s and 1980s, when 13% of the Yanomami population was killed by diseases such as malaria and measles.

The campaign, which is supported by Conectas and a coalition of organizations, includes a petition addressed to the Legislative authorities – Lower House Speaker Rodrigo Maia and Senate President Davi Alcolumbre – and Eduardo Fortunato (president of the environmental watchdog IBAMA), the ministers Fernando Azevedo (Defense) and André Mendonça (Justice) and the vice president of Brazil, General Hamilton Mourão. As a way to pressure the Brazilian government to remove the illegal miners, Conectas, which is a member of the CNDH (National Human Rights Council), contributed to a request for a precautionary measure from the IACHR (Inter-American Commission on Human Rights).

Moreover, also within the scope of the IACHR, Conectas urged the body to denounce the actions of the Palmares Cultural Foundation and speak out against the construction of the 230 kV Oriximiná-Juruti-Parintins Transmission Line due to the lack of prior consultation with quilombola communities, as required in Convention 169 of the International Labour Organization.

Respect for indigenous and quilombola lands is essential in the struggle for the preservation of the environment, which is why it should extend beyond the limits of protected areas.

Various actions are being developed to get the general population behind the cause, such as the series of videos called “Maracá” organized by APIB, the association that is also leading a crowdfunding campaign to buy food, medicine and hygiene materials for villages across the country.

You too can sign the petition to avoid the Yanomami genocide and contribute to the campaign with cash donations. As Kopenawa warned in his speech at the UN: “The white man cannot destroy our home, otherwise it will not end well for the world. We take care of the forest for everyone, not just for the Yanomami and uncontacted peoples.”