In an interview with Conectas, the researcher Sonia Corrêa analyzes the impact of the policies of the Jair Bolsonaro government on the gender agenda 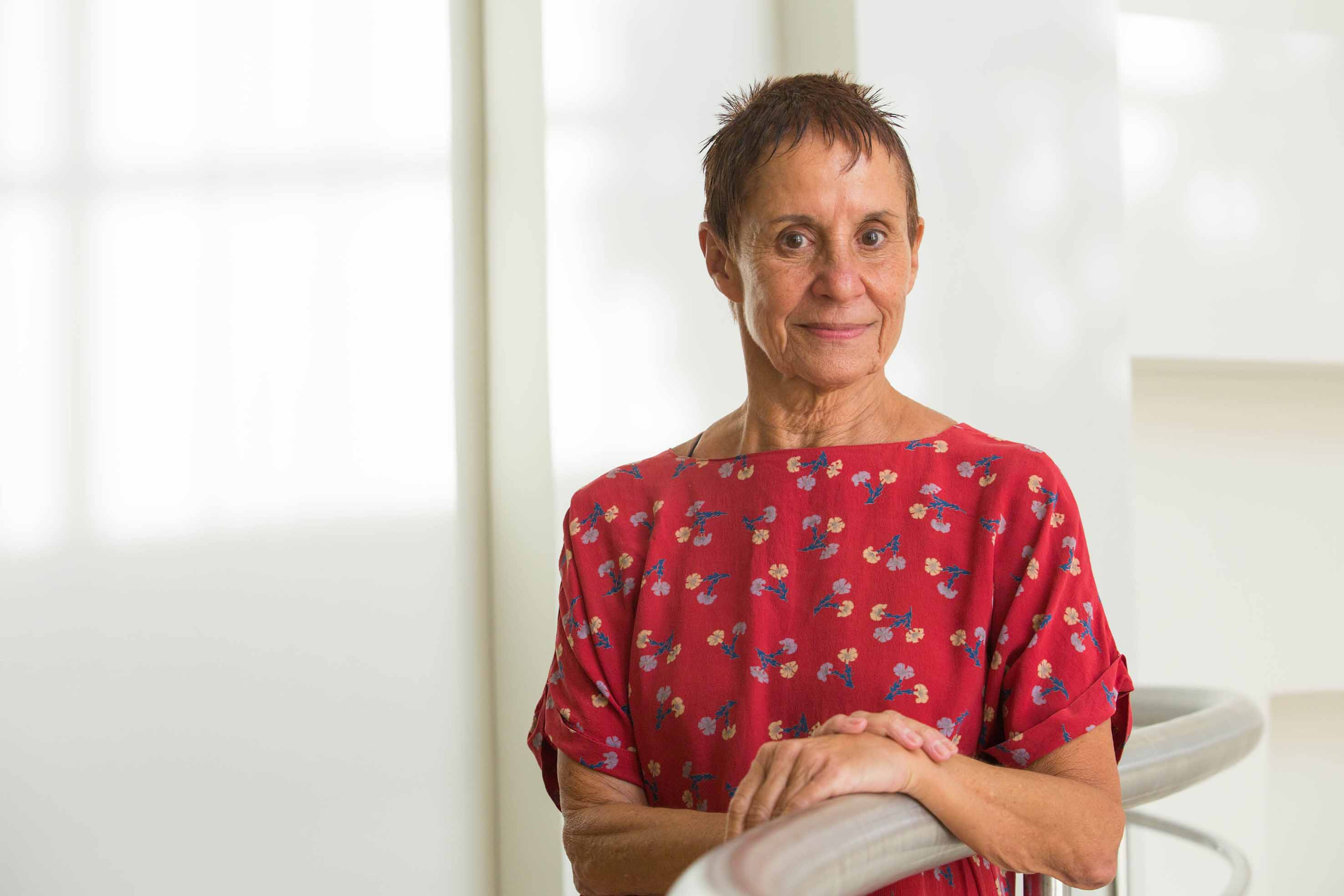 On the eve of International Women’s Day, the researcher and activist Sonia Corrêa analyzes the impact of the policies of the Bolsonaro government on the gender agenda. (photo: Luis Vera)

While feminist movements have, for decades, been guiding the debate on gender from a perspective of equality, democracy and plasticity, religious and secular conservative forces have virulently attacked this concept, targeting the “gender ideology” code. In Brazil, these attacks have been gaining momentum since the mid-2000s, but they took on a whole new scale in the 2018 presidential elections. Today, the anti-gender ideology has been converted into legislation and public policy guidelines.

On the eve of International Women’s Day, we spoke to Sonia Corrêa, a research associate at ABIA (Brazilian Interdisciplinary AIDS Association) and co-chair at Sexuality Policy Watch, who coordinated a research project on anti-gender policies in Latin America whose results have only recently been published. Corrêa explains the origin of the anti-gender offensive worldwide and in Brazil and she analyzes the impact of the current policies of the Bolsonaro government on gender and women’s rights.

Read the full interview below:

Conectas – What is the history of the anti-gender offensive that was a key issue in the latest presidential elections?

Sonia Correia – The anti-gender offensive is not a Brazilian invention and nor did it begin in the 2018 elections. This category of assault has a history of at least 25 years. The first attack on gender occurred in the context of the preparations for the Beijing Conference, when gender was attacked by religious conservative civil society organizations from the U.S., both Catholic and Evangelical. In the official negotiations, the Holy See asked for the term to be placed in square brackets to indicate that there was no consensus. At the Beijing Conference, although the term itself was not the subject of attacks, the Vatican entered a reservation stating that it should be interpreted to mean the biological sexual difference between man and woman. I have written a lot about this genealogy and I recommend that people read this paper, which is both fascinating and complex. In Brazil, the propagation of anti-gender messages in national religious digital media began in the 2000s and has been gaining momentum ever since, particularly since the visit of Ratzinger, as Pope Benedict XVI, in 2007, to the conference of the Latin American Episcopal Council (CELAM) in Aparecida do Norte. The offensive gained new visibility in 2013 after the attacks on the National Education Plan, when Catholics and Evangelicals joined up with the Non-Partisan School movement for a systematic attack on the inclusion of the gender perspective issue in education. As we analyze with Isabela Kalil in the study on anti-gender policies in Brazil (published in Spanish), one effect of this initial offensive has been hundreds of municipal and state laws against gender in education today passed at the state and municipal levels. In 2017, one particularly significant episode was the attack on Judith Butler in her second visit to Brazil, which should be interpreted as a laboratory of the 2018 presidential campaign, when the attack on gender was central.

How do you define “gender ideology”?

According to feminist theorists from Eastern Europe, another region where anti-gender offensives are very intense, such as Andrea Peto and Agniezka Graef, the “gender ideology” code is a vast void, a big basket filled with multiple issues – such as education on gender and sexuality, same-sex marriage, feminism and trans rights. This amalgam is very adaptable, which permits – in different contexts or at different times – any one of these issues to be the target of attacks. According to these authors, this formula is like a symbolic glue that enables the association of meanings, feelings and fears that are not automatically dissociated but that the concept of “gender ideology” helps to connect. In the case of Brazil, “gender ideology” has been added to another central concern in the political shift to the right that we have seen since 2013: the issue of corruption. It is worth recalling that corruption is a polysemic term that evokes both political and sexual degradation. When associated with “gender ideology”, it creates a panic that is both political and moral. This is what happened in the election process and which led to the current situation, in which anti-gender ideology is a strong feature of State policy.

In which fields are anti-gender policies most noticeable?

In Latin America as a whole, and in Brazil in particular, it is in the field of education where the attack on gender has had the broadest and most profound effect. In Brazil, since 2014, anti-gender legislation has proliferated in education on the state and municipal levels.  Since 2015, several bills have been submitted to the National Congress. Six of them criminalize the dissemination and propagation of “gender ideology”. This means that everywhere where the perspective of gender and sexuality exists as part of a democratic education agenda, secretaries, school principals and teachers can be criminalized. Another field in which the anti-gender ideology has been in place since 2019 is foreign policy. As you know, Brazil has systematically taken positions against the use of the word gender in international negotiations and this foreign policy agenda is obscure. The ABGLT [Brazilian Association of Gays, Lesbians and Transexuals] filed a case with the Supreme Court to secure access this its content. The hard core of the Bolsonaro government’s anti-gender ideology is located at the intersection between the Ministry of Foreign Affairs, the Ministry of Women, Family and Human Rights, and the Ministry of Education. Most notably, the Minister of Foreign Affairs and Minister Damares Alves [Women, Family and Human Rights] have made this very clear over the course of the past year. In other words, the anti-gender positions have now been converted into public policies and state guidelines. It’s not just political agitation speech by the Bolsonarist base.

How do these policies impact women?

The anti-gender ideology is a response to the criticism that feminisms have built on the unequal complementarity between men and women, which is a central concept of Christian conservative doctrines. It also attacks the plasticity that is implicit in contemporary theories of gender and sexuality. This is why a governmental anti-gender position fuels attacks on feminisms that dispute the complementarity between sexes and sexual essentialism, creating an environment of generalized misogyny. Women who dispute the signals of authoritarianism and the decisions of the government will be easy targets. I think the case of the journalist Patrícia Campos Mello is emblematic. In the week when Patrícia was attacked in a Joint Congressional Inquiry Commission, both Eduardo Bolsonaro and a young female senator from the [conservative] PSL party brought back into the public debate the figure of the “feminist with hairy armpits”, which was invented during the 2018 elections when the #EleNão [#NotHim] campaign gained momentum. This figure evokes the fantasy and the fear of women who are supposedly intent on the “destruction of order, nature and the family”. But it’s important to point out that anti-gender ideology has been converted in Latin America and in Brazil into attacks on the rights of trans people, i.e. the right to gender identity. Today’s anti-gender policy is also a policy that is averse to the rights of trans people. In the case of Brazil, I think we should also interpret the sexual abstinence policy proposed by Minister Damares Alves as a branch of the anti-gender policy, because it inspires a concept of “sexual disorder”. This is an example of how the “gender ideology” trick is metamorphic and changeable. In its various manifestations and branches, its function is to activate deep layers of social conservatism, mobilizing imagery of disorder and arousing feelings, discomfort and fear of difference, but also with regard to anyone who challenges existing orders. It’s always worth remembering that dispute and disagreement are inherent to democracy.

In this context, what is the importance of the acts of March 8?

This March 8 is a very important date for Brazilian feminisms and for gender equality agendas. The attack on the concept of gender targets the feminist dispute of the complementarity between the sexes: men and women are not hierarchically complementary, but potentially equal. As mentioned earlier, the other target is the plasticity that gender theory enables. To cite Judith Butler, the anti-gender religious forces claim that the right of people to determine their gender or their sexual orientation “is an attempt to usurp God’s power of creation and defy the divinely imposed limits of human agency”. However, gender theory is a proposal of individual and political liberty, an agenda for democracy and equality. I think these elements of gender theory should be our mottos for March 8, 2020. It is also essential to defend gender from an intersectional perspective. It’s not just about defending equality between men and women, but also the uncompromising defense of the rights to gender identity. It is also crucial to establish intersections with the debate on racism and racial inequality, noting that the same forces that attack gender are engaged in a “holy war” against African-based religions. Finally, it’s important to remember that the anti-gender offensive comprises the broader agenda of disputing and attacking scientific knowledge, particularly climate denialism.

What are the possible resistance strategies?

First and foremost, we need to recognize that we are experiencing a situation of abnormality and long-term resistance. Power is currently in the hands of an authoritarian and autocratic character, who as Marcos Nobre points out in a recent interview to Agencia Pública, is a systematic political actor who knows what he wants to achieve even when his method is chaos, i.e. by producing a permanent climate of disorder that obscures his goals. We are not in a situation of normality or of expanding the agenda. There are some very specific requirements for political action in a situation of abnormality; in particular there is no room for resistance if we cannot establish new virtuous coalitions and intersections.

You were involved in the publication “Gender and Politics in Latin America”. What situation is Brazil in compared to the context of Latin America?

As you know, Brazil is a very important piece on the geopolitical stage of “de-democratization” on account of its geopolitical and economic weight in the region and in the Global South. To assess how relevant this is, just remember that the consensus that was reached at the conferences in the 1990s on the issues of gender and sexuality, sexual and reproductive rights, abortion and family would not have happened if Latin America and Europe had not taken the positions they took. It must be said that Brazil and Mexico played a fundamental leadership role in these negotiations. That said, it is essential to recognize the geopolitical role that Brazil is playing with regard to these issues in the transnational conservative shift and to expand our presence in the arenas of debate where this catastrophic influence is playing out.