Interview: how the new Ministry of Health order infringes on the right to legal abortion

Gabriela Rondon, co-director of Anis talks about the difficulties obtaining the procedure in Brazil, in cases already permitted by law, and how the ministerial order makes it all but impossible 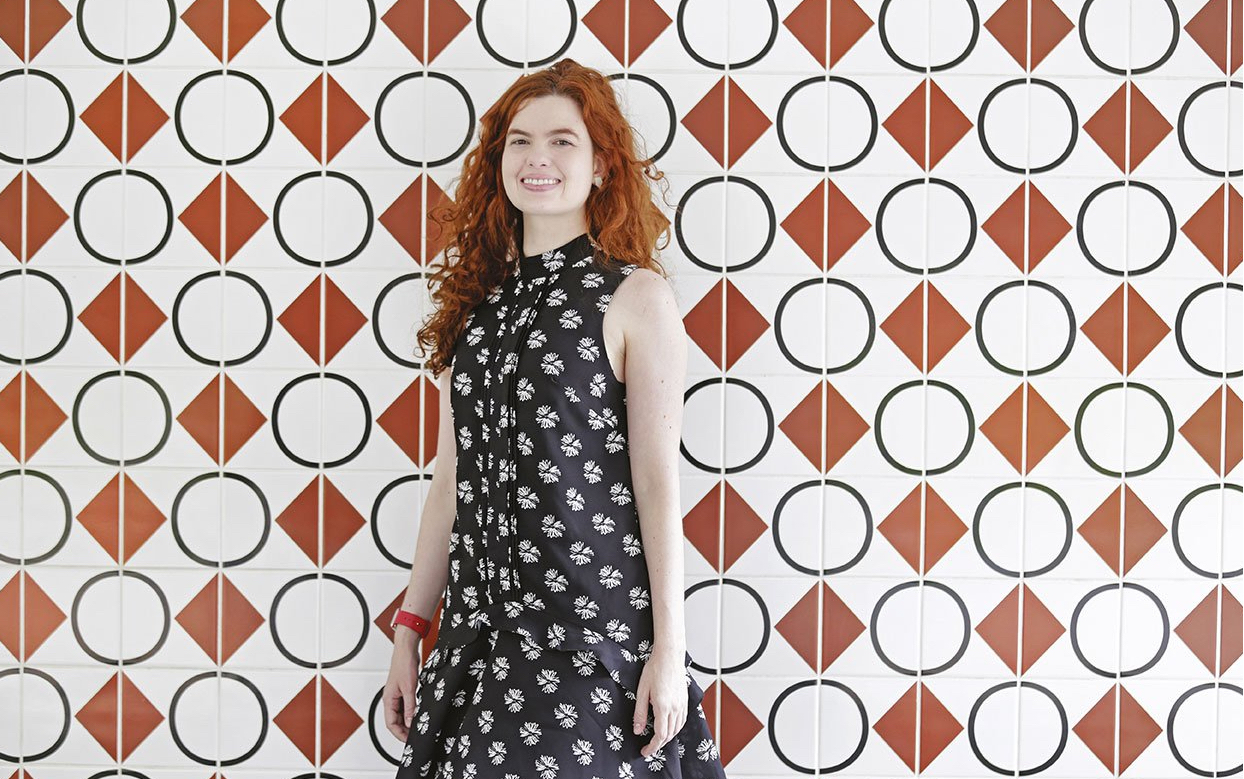 In August, the case of a 10-year-old girl who got pregnant after being the raped over a period of nearly four years by a family member, in the state of Espírito Santo, revived a debate that has already been legally and judicially settled on the right to abortion in cases of violence sexual.

The procedure was performed after a series of obstacles, including a refusal by the Cassiano Antônio Moraes University Hospital to terminate the pregnancy and attempts by religious groups, led by state representatives and city councilors, to block access to the hospital in Recife that agreed to perform the procedure.

As has been widely reported, pregnancy termination has been permitted by the Criminal Code since 1940 when the life of the pregnant woman is at risk and if the pregnancy is due to rape. In 2012, the Supreme Court extended this right to include proven cases of anencephalic fetuses.

Despite this, a ministerial order published at the end of August and signed by the Ministry of Health established a series of bureaucracies for performing the procedure, including one requiring the medical teams to notify the police about their patients in these conditions.

For the lawyer Gabriela Rondon, who has a Masters and Doctorate in Law from the University of Brasília and is currently co-director of Anis – Institute of Bioethics, the measure “makes a right that is already difficult to access practically unfeasible”.

Anis, a feminist NGO founded in 1999, was the first organization dedicated to bioethics in Latin America and its mission is to promote citizenship, equality and human rights for women and other minorities, with a priority on the protection of reproductive justice.

Gabriela, who works on research and lawsuits that focus primarily on topics related to reproductive justice and, in 2017, was one of the authors of the constitutional case being discussed in the Supreme Court calling for the decriminalization of abortion until the 12th week of pregnancy, granted an interview to Conectas on the topic.

Conectas – How would you assess the access to legal abortions in Brazil for women and girls who have suffered sexual violence?

Gabriela Rondon – Access is extremely precarious. We know that data on sexual violence and legal abortion in Brazil are scarce and underreported, but the evidence available already gives us some clues about the seriousness of the phenomenon. The 2019 Annual Report on Brazilian Public Security registered more than 66,000 police reports on sexual violence for 2018, the highest number on record. This represents approximately 180 daily complaints. We also know that sexual crimes are among those with the lowest rates of notification to the police and that the latest national victimization survey, from 2013, found that only about 7.5% of victims of sexual violence reported the crime. In other words, the actual figures could be much higher, reaching more than 880,000 cases per year, or 2,400 cases per day, 100 cases per hour or more than one every minute.

Obviously not all women and girls who are victims of sexual violence will need a legal abortion, but when comparing these numbers with the 1,968 legal abortions registered by the Ministry of Health in 2019, we can see the discrepancy. The IPEA [Applied Economics Research Institute] estimates that around 7% of sexual violence results in pregnancy. If we take only the reported cases, which we already know do not reflect reality, we would have around 4,600 pregnancies due to rape every year. Annual legal abortions do not reach even half the reported cases of violence with pregnancy, let alone those that actually occur. In other words, the ordeal of the 10-year-old girl from Espírito Santo is not exceptional, but it is unfortunately representative of the difficulty accessing a legal abortion even in the most obvious cases.

Another way to answer this question is to look at the existing legal abortion services. Anis, under the coordination of Debora Diniz, conducted a census on legal abortion between 2013 and 2015. Of the 68 services identified at the time as a reference for the procedure, only 37 actually performed abortions – that is, just over half. In seven states there was no service available and just four states had services available outside the capital cities. In several cases, there were additional and illegal barriers to access: 14% required a police report, 11% a legal opinion from the hospital’s ethics committee, 8% a report from the Forensic Medical Institute, 8% court authorization and 8% a recommendation from the Public Prosecutor’s Office. Although a pregnancy termination is a simple procedure that is much safer than childbirth, and in theory can be performed by any obstetrics professional, not even the reference services are properly qualified, which imposes serious obstacles to healthcare access by women and girls.

Gabriela Rondon – The ministerial order makes a right that is already difficult to access practically unfeasible. The main change made by the ministerial order is in article 1: without any legal backing, the Ministry of Health now requires the case to be notified to the police by health professionals as a condition for the performance of a legal abortion. Although the underreporting of sexual violence is clearly a problem that makes the phenomenon harder to tackle, subjecting vulnerable women and girls to the distress of reporting their cases to the police against their will and violating the duty of confidentiality between doctors and their patients as conditions for accessing a right provided by law is not the way to resolve this problem.

On the contrary, the notification requirement could scare away women and girls and stop them from seeking healthcare. The victims who do not report the crime immediately are well aware of the reason: the Human Rights Hotline’s report for 2019 revealed that 73% of the registered cases of violence occurred at the victim’s or perpetrator’s home. The proximity of the victim and dependency on their abuser could mean that a complaint lodged to the police puts them at further risk of violence. Moreover, the breach of patient confidentiality required of health professionals to comply with the provisions of the ministerial order is illegal and unconstitutional. It also prevents them from establishing a bond of trust with their patients, which is the basis for access to healthcare and for protecting the privacy, private life and dignity of all people with respect to their most sensitive rights. If women and girls do not trust their doctors and other health professionals or they do not seek out their services or tell the truth, then we will have a much worse problem of underreporting and abandonment of these victims.

Finally, the ministerial order also promotes misinformation and frightens the women and girls. The Ministry of Health has changed the contents of the documents that need to be signed by the victims before the procedure can be performed, to include a list of alleged risks of legal abortion. However, it does not mention the size of these risks, which are low and in some cases insignificant, according to the World Health Organization. It also fails to mention the risks of not having a legal abortion to the physical and mental health of the women and in particular the girls. The selection of the evidence used in the ministerial order was not based on science, but instead on ideology, to induce the women and girls to relinquish a right provided for by law. Nor was the inclusion of the requirement to offer the victims the possibility of seeing an ultrasound based on evidence. Most women who are victims of violence do not want any contact with the evidence of the pregnancy. Although it may be presented as being optional, it is known that health professionals hold a position of authority in the clinical context, especially for vulnerable patients, which could lead them to think that the offer is obligatory or a condition for the treatment, and that the experience of seeing the ultrasound intensifies the initial violence, which could be classified as torture and mistreatment of these women who are already susceptible.

Conectas – The ministerial order was published just weeks after an emblematic case, in the state of Espírito Santo, of a 10-year-old girl who was pregnant after sexual abuse by a relative. How are these two events connected?

Gabriela Rondon – Unfortunately the two events are closely connected. The Ministry of Women, Family and Human Rights was aware of the case in Espírito Santo from the first day, but there are no signs that it sought to guarantee the 10-year-old girl the right to a legal abortion. On the contrary, everything indicates that the ministerial order was an attempt to pursue the ideological crusade of this federal government against the protection of the health of women and girls. Despite having lost the public narrative on this case, since public opinion was mostly against the fundamentalist attacks by government supporters and in favor of taking care of the girl, the government did not stop trying to make the right to legal abortion even less accessible. Fortunately, the public debate is no longer the same after this case, and statements have already been released by authorities in the National Congress and justices of the Supreme Federal Court, and recommendations have been made by the Public Prosecutor’s Offices, Public Defender’s Office and the Brazilian Federation of Gynecology and Obstetrics Associations, not to mention complaints from other professional associations denouncing the illegality and unconstitutionality of the order. Everything indicates that the case in Espírito Santo, by showing the cruelty that fundamentalism can have on the lives of abused girls, paved the way for a new era of debate on abortion as a health need and an act of care.

Conectas – In your opinion, what is the most appropriate way of receiving women and girls who are victims of sexual violence?

Gabriela Rondon – When seeking out healthcare services, women and girls must have their immediate needs accepted and met, so that afterwards, if applicable, the multidisciplinary teams can help them in the construction of a second phase of protection, which may involve criminal prosecution of the aggressor, if this is what they want. We should never confuse these two phases – one of health and one of criminal punishment – due to the risk of not adequately fulfilling the objectives of either.