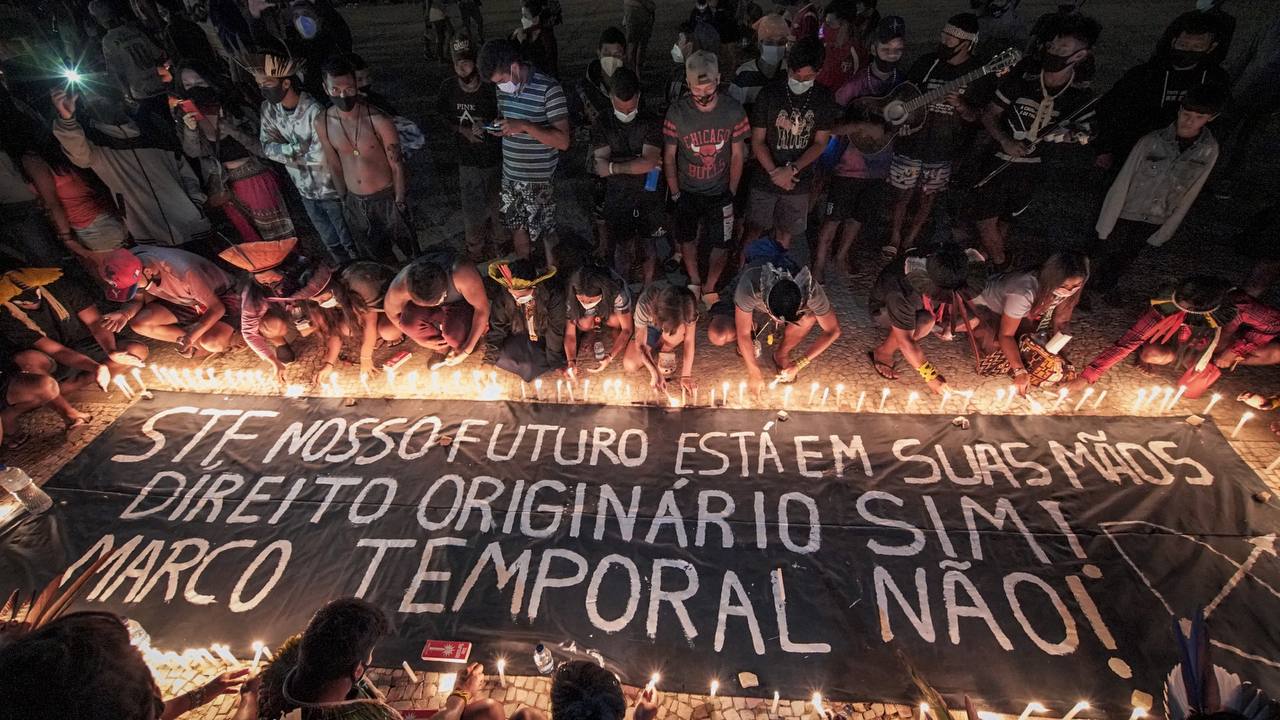 The Brazilian National Human Rights Council (CNDH) has sent the Inter-American Commission on Human Rights (IACHR) and the Office of the United Nations High Commissioner for Human Rights (OHCHR) a statement addressing its concern over the right of expression, demonstration and opinion of indigenous populations mobilized for the 2nd National March of Indigenous Women in Brasília. The concern refers to possible violations resulting from the failure of the government of the Federal District to stop demonstrators staging an attack against democratic institutions on Brasília’s “Esplanade of Ministries” and preventing the passage of the 2nd March of Indigenous Women, which was scheduled for Thursday.

The CNDH also notified the Governor of the Federal District “demanding the guarantee of the right to free expression of the 2nd National March of Indigenous Women, including by enabling its passage along the ‘Esplanade of Ministries’, with due protection”.

Five days ago, protesters inflamed by the President of the Republic, Jair Bolsonaro, attempted to invade the Supreme Court and defend a wide range of actions that oppose democratic freedoms. However, the Military Police of the Federal District have done very little so far. Never has the area been closed off for so long due to a demonstration.

Scheduled months ago and known to the government of the Federal District, the 2nd National March of Indigenous Women has brought together in Brasília, between September 7-11, indigenous peoples from across the country to claim their rights. The mobilization of the women comes on the heels of the indigenous encampment, which occurred three weeks ago in the federal capital to accompany the judgment by the Supreme Court of one of the most important cases involving indigenous rights, the so-called ‘time frame’ case.

The decision of the CNDH was made at the request of a wide range of human rights organizations, which on the afternoon of Thursday, September 9, asked the council to take appropriate measures to ensure the right to protest and freedom of expression of the indigenous women camped in Brasília.

“The anti-democratic acts of fascist groups rallied by the President of the Republic were not restricted by the authorities responsible for guaranteeing the right to free expression of the indigenous women,” said the coordinator of the organization Terra de Direitos and vice president of the CNDH, Darci Frigo. “The CNDH requested from the government of the Federal District and the Ministry of Justice a guarantee of the right to free expression by indigenous women, who have been prevented from staging their march in Brasília due to threats from anti-democratic groups,” she added.

The organizations expressed deep concern over the fact that the government of the Federal District has been unable to guarantee that the march can go ahead safely, since the route of the demonstration is obstructed by supporters of the President of the Republic who defend, using threats, an agenda that runs counter to democracy and the rule of law.

Given this situation, the organization of the 2nd National March of Indigenous Women decided to delay the demonstration until the morning of Friday, September 10, and change the route that was originally organized and agreed with the local government.

In the document, the organizations emphasize that the anti-democratic acts “were not properly restricted by the government of the Federal District. This is a direct affront on human rights, particularly the freedoms of opinion and expression, as well as the right to protest and the right to political participation by these peoples, placing democracy itself under threat,” reads another excerpt from the document submitted to the CNDH. Recently, expressing its concern over the situation of the right to freedom of expression on account of the demonstrations called for September 7, the CNDH asked the UN and the Inter-American Commission for external observers to be present to monitor the event.