In speech at the UN, Bolsonaro plays down environmental crisis and disregards secularism 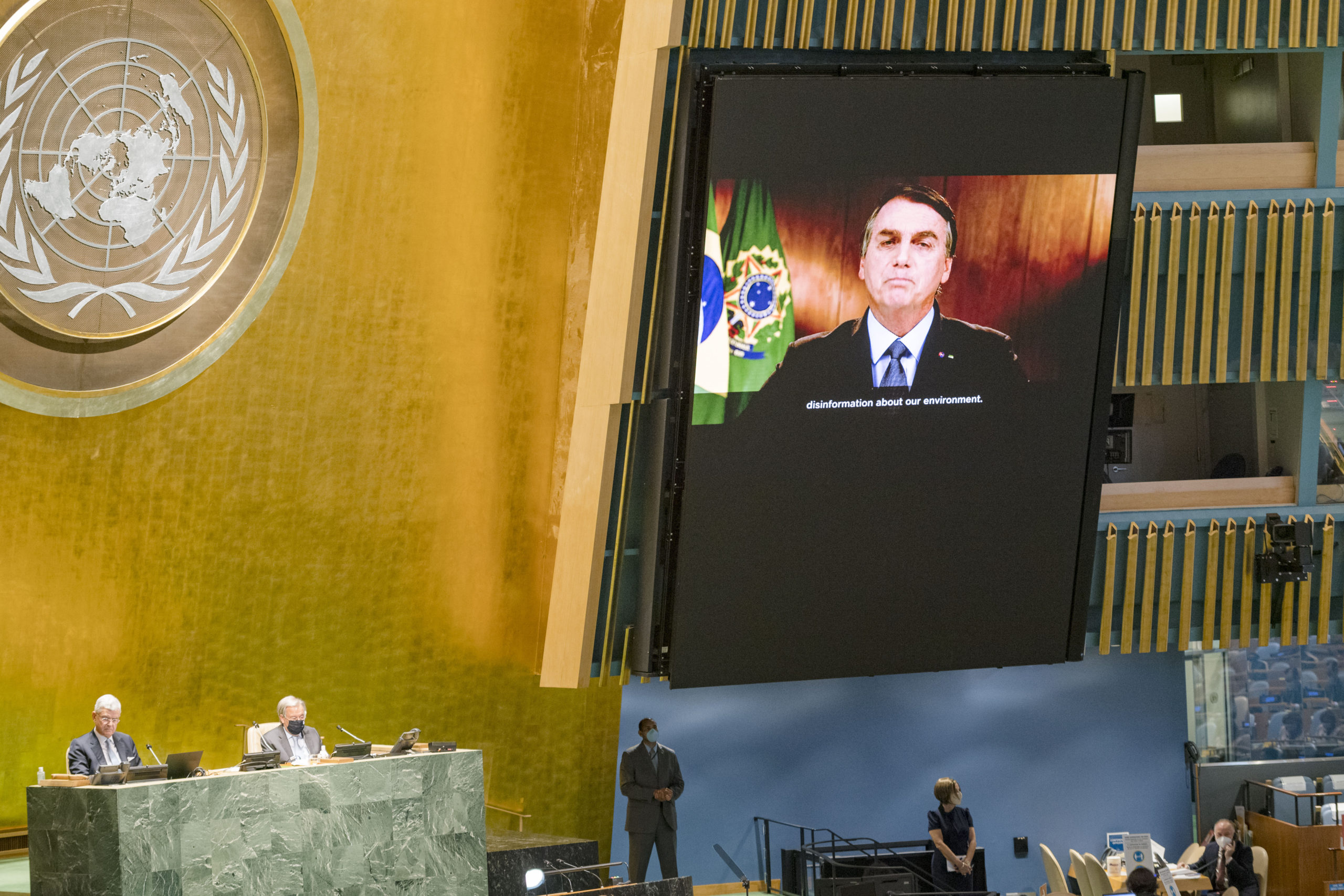 In his speech at the opening of the 75th UN General Assembly on the morning of Tuesday, September 22, President Jair Bolsonaro defended Brazil’s environmental policy and blamed civil society organizations for a “disinformation campaign” against the country for its global leadership in food production.

Speaking to the international community, the president played down the seriousness of the fires and attributed them to the actions of indigenous peoples, denying information reported worldwide of the recent destruction of the Pantanal wetlands and Amazon rainforest and omitting that his government is responsible for dismantling environmental inspection agencies.

“Ours is a humid rainforest and as such fire does not spread inside it. The fires always occur in practically the same places, on the eastern edges of the forest, where indigenous peoples burn their lands for their livelihood in areas that have already been cleared,” he said.

According to Camila Asano, program director at Conectas Human Rights, Bolsonaro gave a speech that underestimates the knowledge and information of world leaders on the environmental crisis.

“Once again, Bolsonaro diminished Brazilian foreign policy by not discussing the major contemporary issues facing the world, such as the anti-racism demonstrations, and instead mounting a defense of his government using distorted and incomplete information about the environment and his handling of the pandemic,” said Asano.

“It is a speech that underestimates the knowledge of his peers about what is happening in Brazil and that destroys the country’s credibility with the international community and may even affect our diplomatic and commercial relations,” she added.

Lack of commitment to human rights

In his statement, Bolsonaro said that Brazil stands out in the humanitarian and human rights field and that the country has become an international reference for its commitment and dedication to providing support for Venezuelan refugees arriving in Brazil across the border with Roraima. Since March, however, Venezuelans have been banned from entering the country by order of the federal government due to the Covid-19 health emergency.

“It is hypocritical when the president uses Brazil’s humanitarian asylum for Venezuelans for self-promotion. Six months ago, the federal government itself partially halted this asylum by closing the borders to people seeking asylum during the pandemic,” said Asano. “The rules on the closure of the Brazilian borders have been relaxed over the past few months and today allow tourists and investors to enter the country by air, but still ban people fleeing the humanitarian crisis in Venezuela.”

Despite saying that Brazil is committed to the underlying principles of the United Nations Charter, including respect for human rights and fundamental freedoms, the president’s own speech disrespects religious freedom and violates the Constitution by declaring that the country is “Christian and conservative”.

“Unlike what the president said, Brazil has ceased to be a reference in human rights. It increasingly isolates itself and votes together with a handful of countries that subjugate women in resolutions on gender in the UN Human Rights Council,” countered Asano. “Bolsonaro ended his speech tearing up the Constitution by saying that Brazil is a Christian country, attesting before the international community that he does not respect the principle of secularism protected by Article 5 [of the Constitution],” she concluded.