In a joint letter, civil society condemns excessive use of executive orders

Over 40 organisations have spoken out against president Jair Bolsonaro’s authoritarian stance, in a joint public letter 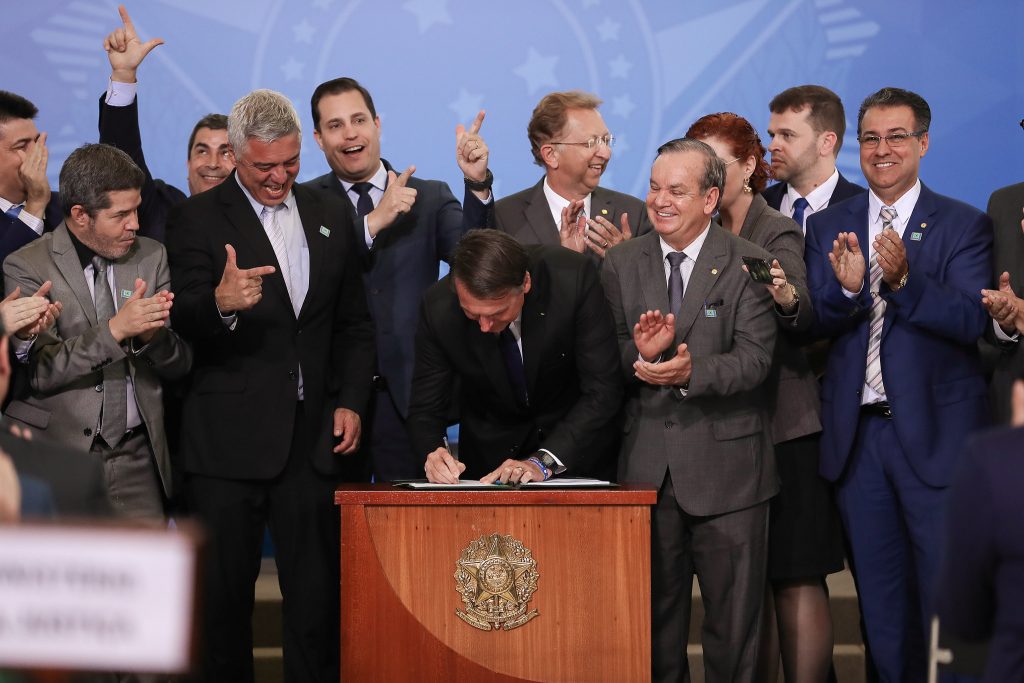 On the eve of completing his first five months of government, president Jair Bolsonaro had already issued 145 executive orders. This conduct is seen as autocratic by the majority of civil society organisations who spoke out condemning the current president’s stance in a public letter. The president has attempted to override the power invested in the Brazilian parliament. The document is signed by 48 Brazilian organisations that are part of the Democracy Pact, a platform for joint action to protect the construction of democracy.

The publication of executive orders by heads of Executive Power is set out in the Federal Constitution. The objective of this legislative feature is to regulate legal mechanisms, in order to strengthen them and make sure they are carried out. In other words, in the hierarchy of legislative acts, an executive order cannot override laws created by Legislative power. It is meant to regulate them. President Bolsonaro has used this tool to modify laws and to serve his own personal interests.

“Legislating by means of Executive Orders, disregards and subjugates the role of the Legislative Power in a democratic regime. It is a way of undermining democracy from within. Democratic governing presupposes absolute respect for the powers and institutions of the Republic.” The document stresses.

The letter also cites examples of authoritarian measures by the president that should be democratically debated by representatives from society at the National Congress, rather than being defined according to the decisions of a single individual, as were the cases of the Executive Orders to abolish public policy committees, to liberate gun control and the text concerning the nomination of deans of federal educational institutions.