The Pact for Democracy network, of which Conectas is part, publicly condemns the criminal acts against the constitutional order that occurred on Sunday 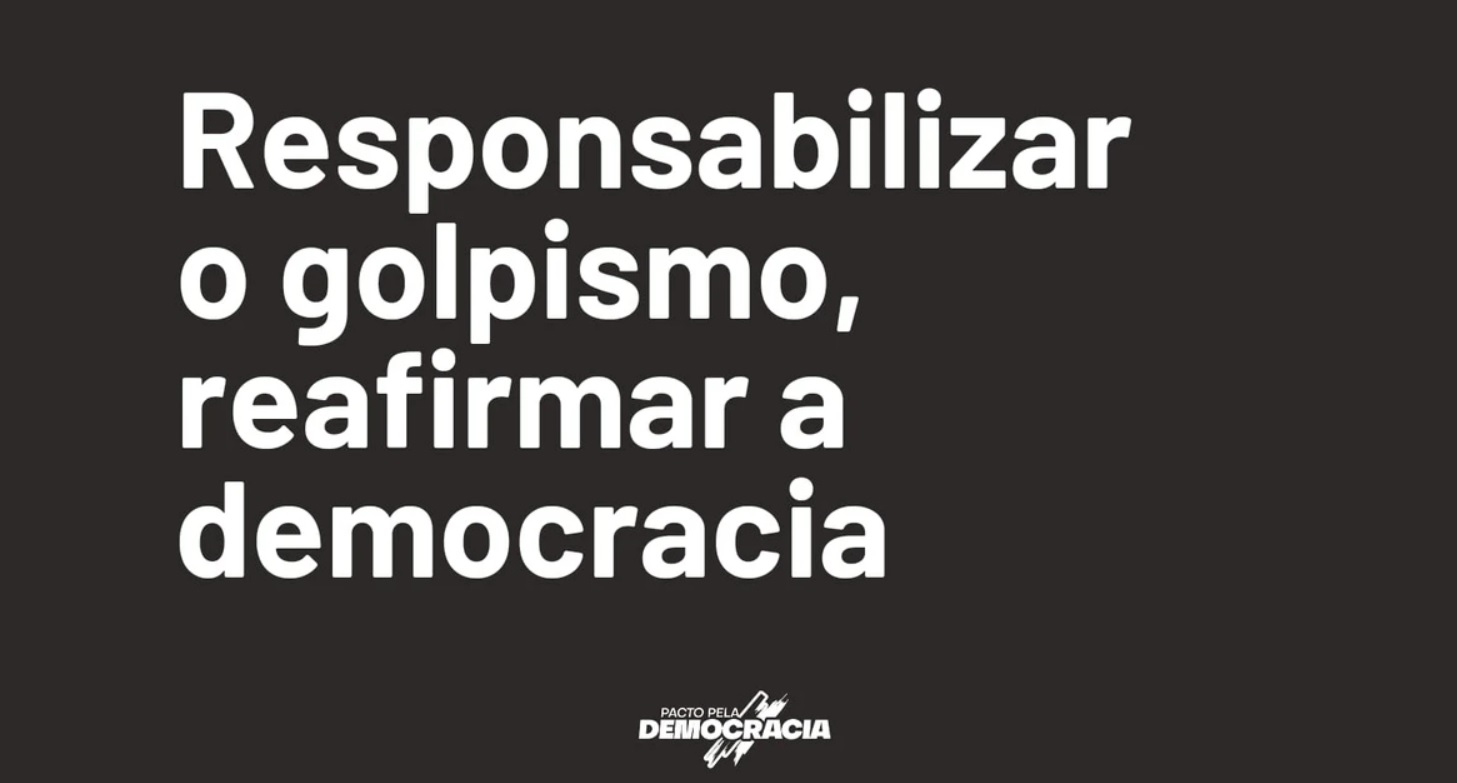 The Pact for Democracy network, of which Conectas is part, publicly condemns the criminal acts against the constitutional order that occurred on Sunday, January 8, in Brasília. The pro-coup and anti-democratic acts, by storming and attacking the buildings of the Three Powers, are extremely serious. Crimes against the democratic rule of law must be stopped definitively and immediately, and those who perpetrated them must be punished to the fullest extent of the law by the competent authorities.

It is surprising the ease with which the buildings of the most important institutions of the Republic were stormed, vandalized and looted by dissidents of the democratic process. The inaction of the Military Police of the Federal District to these acts is conspicuous, given that they were publicly announced in advance. There should also be a rigorous investigation of the highest levels of command of the security forces, which either participated or colluded in the storming of the buildings.

It is unacceptable that the country’s constitutional order, the Three Powers of the Republic and the Brazilian election process – comprehensive and widely recognized by international observers and all the democratic nations of the world – have had their validity questioned under the insignias of fear, violence and intolerance.

There is no room for violent uprisings and crimes against Brazilian democracy. Organized civil society, which has been working tirelessly to uphold the country’s democratic space, condemns the criminal acts of radical extremist demonstrators and calls for rigorous and immediate action. The State needs to act to hold accountable, with respect for due legal process, the people who stormed the buildings and those who funded and encouraged them, as well as all those who colluded or were omissive in the insurgency that marks this sad chapter in Brazilian democracy.