From the streets to the Colloquium 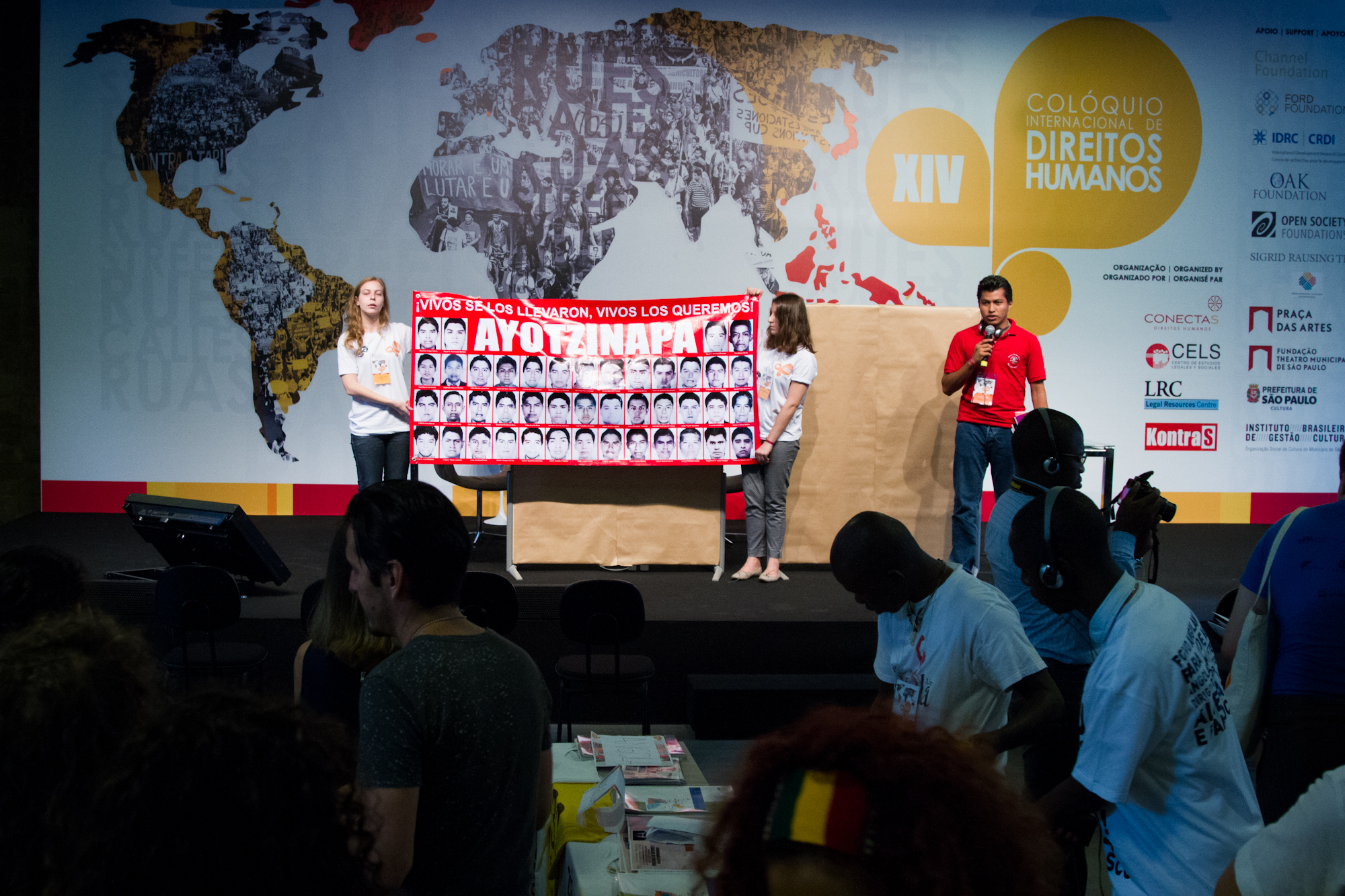 On Tuesday, May 26, the participants of the 14th International Human Rights Colloquium took part in the Ideas Fair. During the event, they displayed materials from their organizations and explained in more depth the work they do in their countries. They also staged a symbolic intervention in honor of the 43 students from the Raúl Isidro Burgos College of Ayotzinapa who disappeared exactly eight months ago.

Maha Jouini, of the Tunisian Association for Amazigh Culture, brought clothes, accessories, flags and jewelry to illustrate the organization’s struggle to preserve the Amazigh culture and memories, which have been lost due to the countless occupations of the country. It is worth noting that Tunisia, historically, has been a “matriarchal society”, but today its women suffer oppression.

The Chinese journalist Yuan Feng, of the organization Equality, exhibited postcards with pictures of the feminist struggle staged by her and other activists in China, particularly on the summer course at the Feminism School. She also displayed T-shirts painted by the activists that serve as uniforms and as a form of identification. Last year, the course was attended by more than 50 activists.

Karim Ennarah, of the Egyptian Initiative for Personal Rights, brought the report “Take back the streets”, published by the INCLO (International Network of Civil Liberties Organizations), a comprehensive study on the repression and criminalization of protests

in nine countries – among them Brazil. The study reports on the trends of repression around the world, and makes recommendations on the importance of protests and social movements for democracy.

The organization Witness displayed guides that explain how to film rights violations safely. The guides are available in Portuguese, English, Spanish, French, Russian and other languages on the website library.witness.org.

Ben Richard Leather, of the International Service for Human Rights, exhibited the organization’s new publication for civil society. The document addresses the workings of the UN committee for NGOs, which decides whether to grant observer status to an organization.

The fair was also attended by GAPP (Popular Protest

Support Group), a Brazilian organization that provides first-aid assistance at demonstrations and also films and photographs arrests by the police.

In order to share experiences of their organizations, the participants also discussed strategic topics of an institutional nature. Issues related to the difficulty of raising funds predominated during this conversation.

This article was written by Stefanie Prandi and is part of the collaborative coverage of the 14th Colloquium.