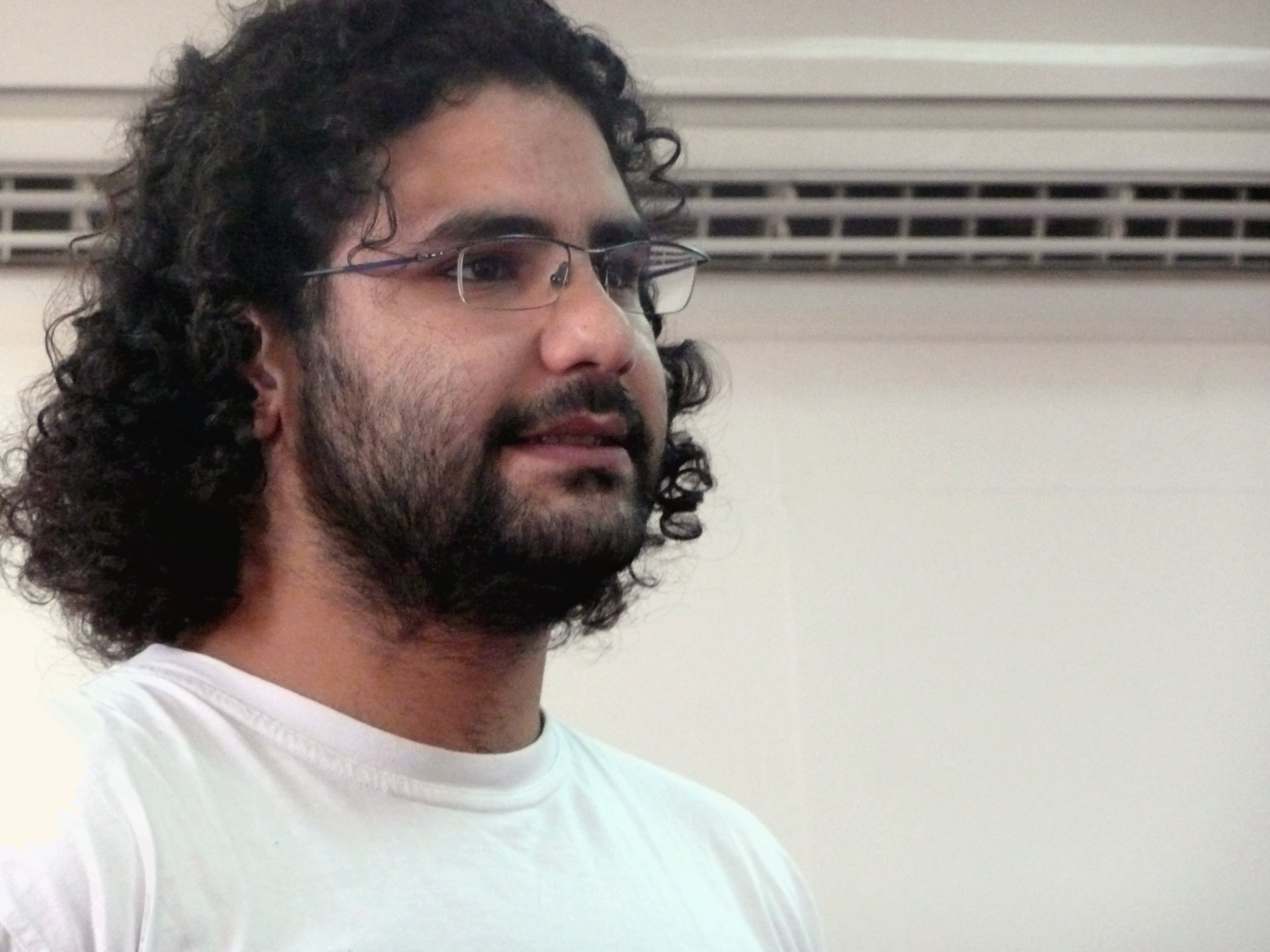 The Egyptian blogger Alaa Abd El-Fattah was sentenced to five years in prison for organizing a protest without authorization. He has already served more than 3 years of the sentence and on October 19 the final appeal of his case will be heard. As a result, other activists have organized the campaign “25 days for Alaa”, with the intention of pressuring the authorities in the country for his release.

Alaa is one of Egypt’s best known dissident voices. His release has been demanded by various human rights organizations, including the UN Working Group on Arbitrary Detention.

The activists claim that Alaa has been kept isolated from the other prisoners and that he is not being permitted to read books. Moreover, he is also facing new charges and is now the defendant in another case for “insulting the judiciary”. The trial of this new case was originally scheduled for September 30, but was postponed until December.

The campaign began on September 24, exactly 25 days before the judgment of the appeal. People who support the cause all over the world have staged a series of in-person and digital initiatives, such as sharing photos in solidarity on social networks. The participants of the 15th International Human Rights Colloquium – organized by Conectas and taking place this week in São Paulo – have joined the campaign.

Alaa had been arrested on a number of other occasions, usually during protests. He is one of the thousands of political prisoners currently incarcerated in Egypt.

The activists and social change agents gathered in São Paulo this week for the 15th International Human Rights Colloquium joined the online mobilization to pressure the Egyptian authorities to release the activist in the appeal to be heard later this month. Using the hashtag #freeAlaa, they published photos of the campaign to show their support.

About the Colloquium
From October 2 to 6, some 80 human rights advocates from 31 countries will be gathered in São Paulo for the 15th International Human Rights Colloquium. The event has a full program and its goal is to debate the topic “Human Rights: crisis or transition?”, share experiences and propose solutions to tackle setbacks on a local, regional and global scale.

This year, Conectas is organizing the conference together with Forum Asia (Thailand), the Center for Human Rights of the University of Pretoria (South Africa) and DeJusticia (Colombia).