Brazil was one of the first countries to sign the ATT, five years ago. This tool still awaits promulgation and ratification and subsequently take effect 90 days later. 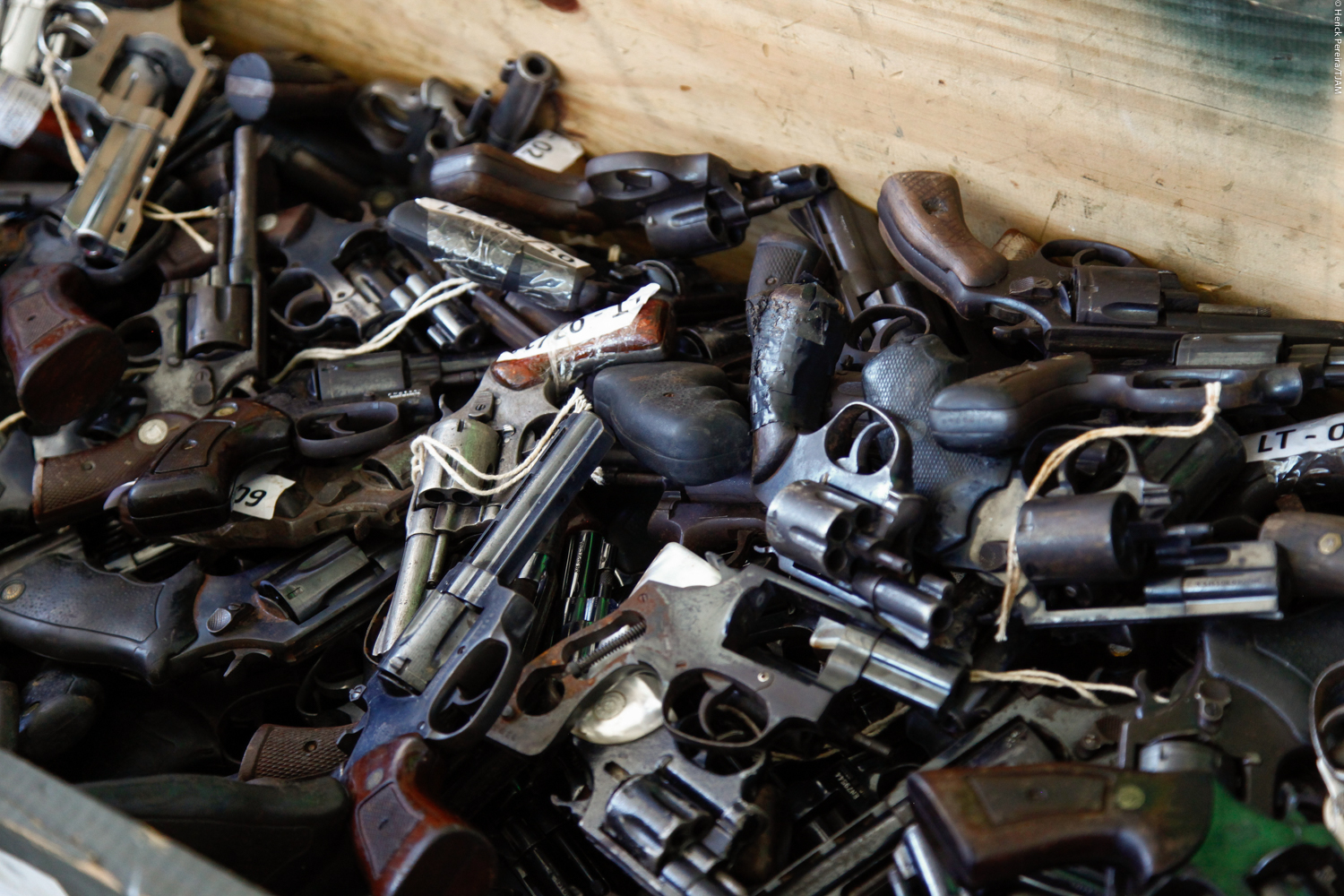 On Wednesday afternoon (27/06), President Michel Temer announced the signing of the ATT (Arms Trade Treaty) term of ratification. The Executive response came more than four months after Congress approval. This means Brazil is now part of the 96-strong group that regulates and monitors the international trade of conventional arms.

Brazil is the third largest exporter of small arms and light weapons, for example revolvers, pistols, rifles and machine guns and was among the first to sign the ATT, in June 2013. Since then, according to Ministry of Development, Industry and Foreign Trade data, Brazil has sold over US$1.8 billion in arms. With this ratification the country is making a commitment to transparency in arms trading and will be influential in establishing international policies and monitoring implementation of the Treaty by other countries, through its full participation in the Conference of States Parties, held annually since 2015.

“Following an inexcusable wait of over five years, final approval of the ATT in Brazil is positive, although, unfortunately it has not happened in time for Brazil to participate fully at the next Conference of States Parties in August.” Said Jefferson Nascimento, Consultant on the Conectas Programme for Development and Socioenvironmental Rights. “Our expectation is that Brazil will rethink its transparency policy, which is currently treated as confidential, and will start to follow international trading standards based on principles that protect human rights.” Jefferson added.

In order for the ATT to come into force in Brazil its wording has to be promulgated by decree and published in the Diário Oficial da União. At international level, the Treaty becomes obligatory in Brazil 90 days after deposit of the instrument at the UN. In April this year The Coalition for Responsible Exportation of Arms, of which Conectas is a participant, put pressure on the Brazilian government to complete the ratification process in time for the CSP4, but the response came just over a month too late.

The ATT and how its ratification could change Brazil’s arms trading rules. See below:

It is the main instrument for controlling the international trade of conventional weapons and establishes standards and norms to regulate this market that represents over US$80 billion a year. The Treaty defines requirements for arms trade, such as a ban on transactions in the case of suspected genocide, crimes against humanity or violation of the Geneva Convention by the purchasing country and the need for risk analysis to avoid weapons causing serious human rights violations or international humanitarian rights violations, among others.

Which kinds of weapons are regulated by the ATT?

The ATT affects international transactions (purchase, sale and donations) of conventional weapons. This category includes the seven types of weapons set out in the UN Register of Conventional Arms: tanks; armoured vehicles; large calibre artillery; fighter aircraft; attack helicopters; warships and missiles and missile launchers, as well as small arms and light weapons, such as pistols and revolvers, as well as ammunition.

What is Brazil’s current policy on the exportation of arms?

Brazil currently uses the Pnemem (National Policy for the Exportation of Material for Military Use) as its regulatory instrument for exportation. This was established during the military dictatorship and since 1974 Pnemem has been applied and updated confidentially, with access only through the Law of Access to Information. When questioned by civil society organisations, the government alleged that information related to the exportation of arms was a matter of national security, as well as involving aspects of trade and business confidentiality and as such should not to be divulged. It is hoped that with the signing of ATT, Pnemem will be substituted by a regulatory document recognised in the Federal Constitution of 1988, given that one of the central principles of the Treaty is transparency in international arms transactions.

Which are the principal countries that trade with Brazil?

According to the Ministry of Development, Industry and Foreign Trade, arms and ammunition exportation by Brazil reached US$ 190,212,029 between January and May 2018, and were destined for 44 different countries. See below Brazil’s principal buyers:

When will Brazil be able to act in the ATT?

Brazil currently has the largest debt among the State Parties and ATT signatories, this being around US$ 47 thousand. This sum includes secretariat costs to which Brazil has never contributed. If the debt is not settled after ATT ratification, Brazil’s  right to vote could be suspended at the Conference of State Parties, from 2020.

How will Brazilian arms policy change after ATT sanction?

The ATT establishes a number of standards and norms regarding international transactions of arms (importation, exportation and donations), including the adoption of systems to analyse operations prior to their fulfilment. These, at their most extreme, can lead to banning commercial transactions of arms with countries that are known to violate human rights. Saudi Arabia is among the largest of Brazil’s arms and ammunitions buyers and is currently involved in the worst humanitarian crisis in the world, due to the war in Yemen. By signing ATT Brazil will have to justify to the international community, its continued trade of arms and ammunition with Saudi Arabia and other countries that have used weapons to violate human rights.