Figueiredo in the Senate 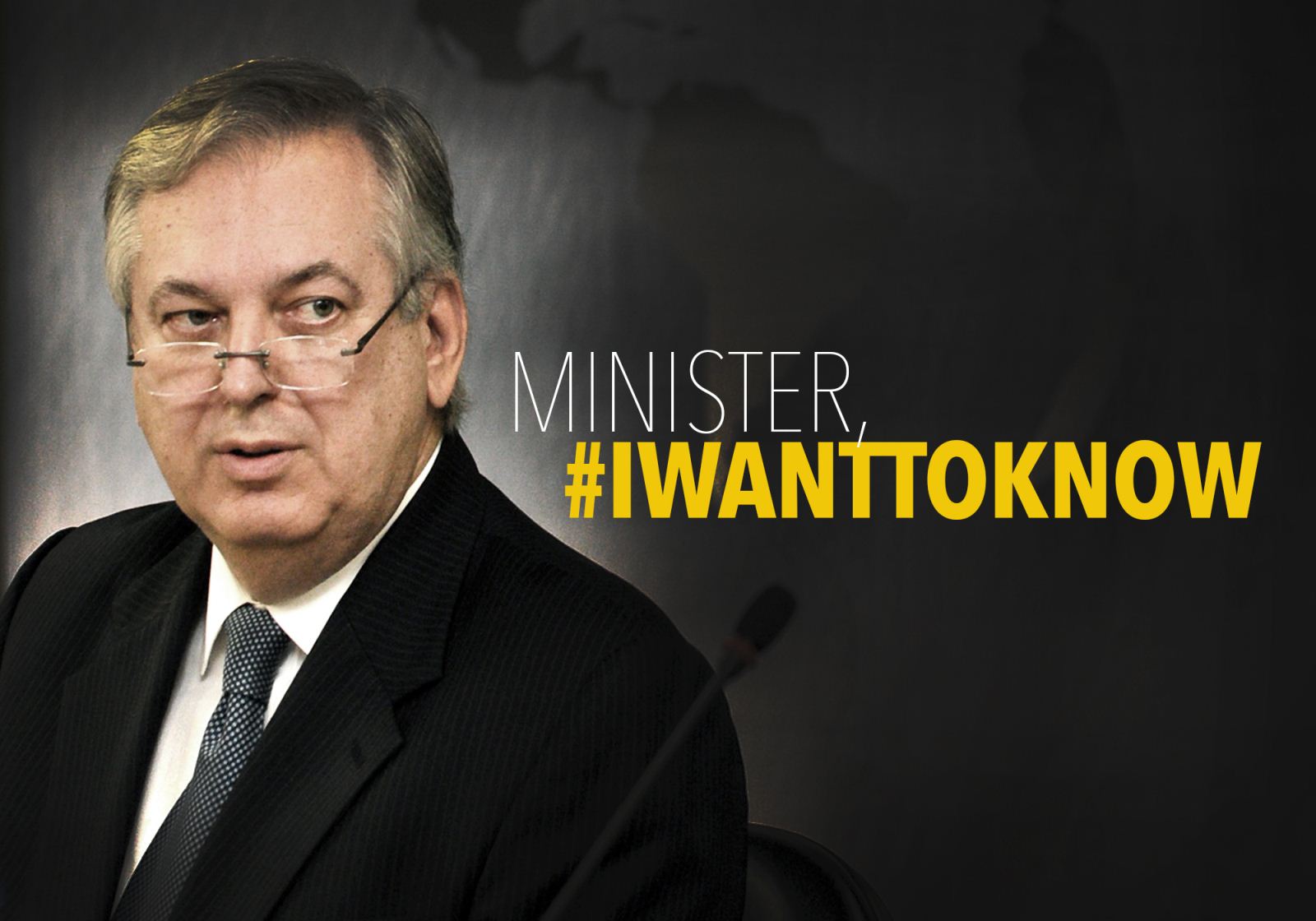 The first public hearing for Foreign Minister Luiz Alberto Figueiredo in the Foreign Relations and National Defense Committee of the Senate was marked by the Foreign Ministry’s recent budget cuts and the need for more transparency and dialogue in the ministry.

At the start of the hearing, Figueiredo announced that a series of public meetings will be held in February and March with the intent of producing the Foreign Policy White Paper – a document containing the principles, priorities and international courses of action of Brazil. The topic had been the subject of an article published by Conectas on the same day in Le Monde Diplomatique.

“Foreign policy issues, fortunately, are increasingly mobilizing interest and attention in the country. This is happening at a time of growth in Brazil’s international prominence and in the internal perception of the importance and impact of international issues on domestic conditions and fortunes,” said Figueiredo. “In this context, the Foreign Ministry will, in February, start a series of dialogue events between the government, Congress and civil society on key issues of Brazilian foreign policy.”

“Figueiredo took an important step by publicly announcing the participation of civil society in the process of drafting the White Paper,” said Camila Asano, coordinator of Foreign Policy at Conectas. “This has been a long-time demand of civil society organizations and demonstrates that the country is beginning to understand that foreign policy is public policy and needs to be crafted and monitored closely.”

A wide variety of issues were addressed at the hearing. For example, the minister spoke about the participation of Brazil in finding a solution to the conflict in Syria and argued that the process should be led by the Syrians.

On the arrival of Haitian immigrants to Brazil, he said that the Foreign Ministry is working on equipping the embassy in Port-au-Prince and that the waiting time for issuing visas has been reduced to a month.

“The embassy in Port-au-Prince is processing visa requests extremely quickly. Even with the limited means and enormous demand, we are managing to issue visas within a month,” said the minister. “We are making an effort to reduce this time. Haitians who arrive with documents, with a plane ticket, will come to Brazil without using a ‘coyote’, without being subjected to exploitation and to human tragedy. It is important to control the inflow, by issuing visas so they can enter through normal channels.”

On the subject of refugees, the minister stated that the government has been working to improve its response to the growing number of refugee requests, particularly by Syrians.

Questions on other issues remained unanswered, such as the sudden cancelation of the UN meeting on the standard minimum rules on the treatment of prisoners and the normalization of relations between Brazil and the Inter-American Human Rights System through the appointment of a new ambassador to the OAS and an increase in the country’s financial contributions to the Inter-American Commission.

See the questions posed by the senators based on the document submitted by Conectas and a summary of the responses given by the minister:

“How does Brazil evaluate the results of the Geneva Conference on Peace in Syria (Geneva 2)?”

Response: Figueiredo reaffirmed the commitment of Brazil to a peaceful solution, without the use of force. This solution must be led by the Syrians with the support of the international community. He regretted that part of the opposition did not attend Geneva 2.

“In 2014, Brazil remained a member of the UN Human Rights Council. What are the country’s priorities in this forum?”

“Given the current context of strengthening the Inter-American Human Rights System (IAHRS), in which the Foreign Ministry welcomed the election of Paulo Vannuchi to the Inter-American Commission and the Supreme Court hosted an Extraordinary Session of the Inter-American Court (which also has a Brazilian judge), when will Brazil appoint another permanent representative to the OAS? And does the country intend to increase its financial support for the IAHRS, to be consistent with the recent advance in the discourse and participation?”

“In the first half of 2013, the Foreign Ministry announced that it would establish, before the end of the year, a formal and permanent body for participation by civil society in foreign policy, in which various different government and civil society organizations would participate. What is the current status of this initiative and the timeline for its implementation?”

Response: The process is under negotiation, but the body will definitely be created.

“The third meeting of the United Nations Expert Group designated to Review the Standard Minimum Rules on the Treatment of Prisoners was scheduled to take place between January 28 and 31. In the midst of a prison crisis in Brazil, the timing was appropriate to host this high-level discussion and, in doing so, reconsider our internal problems. Brazil, however, disregarding the consequences of its actions on the international and national level, cancelled the meeting with less than a week’s notice, interrupting the schedule of a review process that has been ongoing for more than two years. As a result, we would like to know the reasons that led to such an unjustifiable decision and what the new date will be to host the event.”

“Are there any plans to increase the number of annual admissions to the ministry for a career in the diplomatic service?”

“When will the Foreign Ministry send the text of the Arms Trade Treaty to the relevant ministries and to the Office of the Chief of Staff, what will it do to assure swift passage and when does it expect to send the Treaty to the National Congress?”

Response: The delay is due to the complexity of the process of translating the text of the Treaty, which was originally negotiated in a foreign language, plus the need to tailor it to Brazil’s legal language. Figueiredo assured that the process was in the final stages at the Foreign Ministry.

“Minister, the foreign policy of the Lula da Silva government on the subject of human rights was harshly criticized by international organizations such as Amnesty International, Human Rights Watch and Conectas. Basically, these organizations accuse Brazilian diplomacy of bargaining for political support to secure a permanent seat on the UN Security Council, to the detriment of human rights. One example is Brazil’s abstention on important votes in the UN Human Rights Council, such as the vote to condemn the actions of the Sudanese government in Darfur. The same can be seen in the cases of Siri Lanka, North Korea and Congo, when Brazil failed to take a tougher position in condemning the crimes committed by these countries in the field of human rights. How does the diplomacy of the Rousseff government, under your tenure as Foreign Minister, differ from the previous government on the international human rights front?”

Other issues addressed in the questions sent by Conectas were debated during the hearing, albeit not directly. These included the reform of the UN Security Council, the Pacific Alliance, governance of the internet, the Brazilian Cooperation Agency, the Foreign Ministry budget cuts, the Mercosur, relations with Argentina and the Israeli-Palestinian conflict.