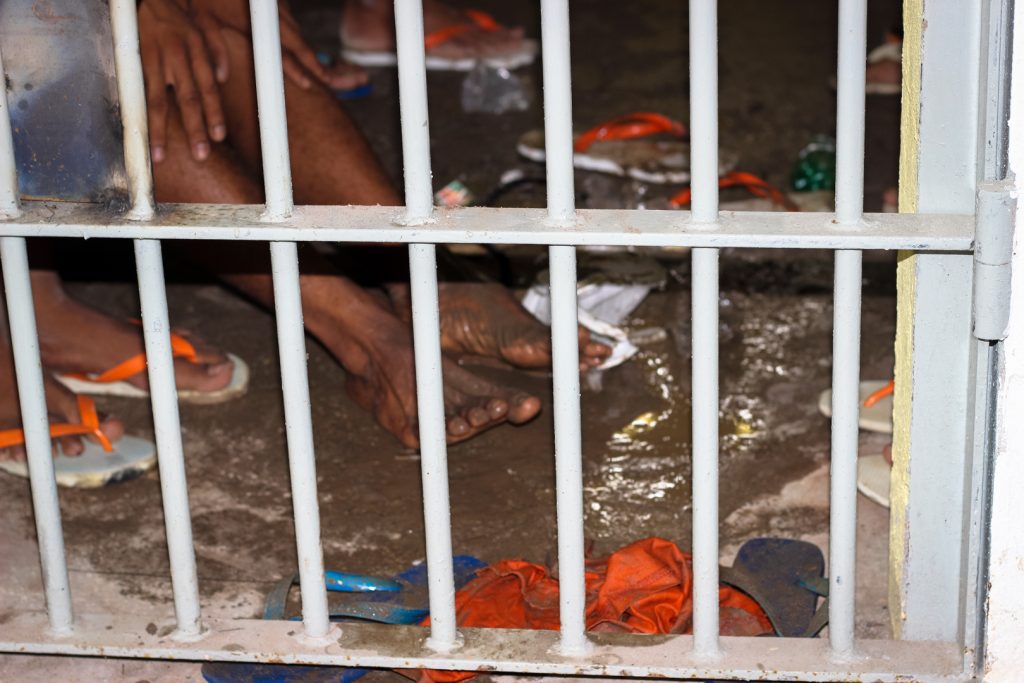 Water leak in a cell in Triagem, one of the nine units of the Pedrinhas Penitentiary Complex in São Luís, in Maranhão (MA). Brazilian prison …

A statement issued on the morning of Friday 15 February by the MNPCT (National Mechanism for the Prevention and Combat of Torture) condemns the Ministry of Women, Family and Human Rights for obstructing the investigation of accusations of torture and ill-treatment in the state of Ceará.

According to the statement, the organ has been receiving allegations about the Ceará prison and remand systems and also about custodial hearings, since the beginning of January. The Ministry, however, denied permission for independent experts to travel to the state.

“This Mechanism was informed, in a face to face meeting, that the Ministry would not authorise expenses for a visit to the State of Ceará, unless it was in the Federal Government’s interest, opposing current legislation and disregarding international precepts of the autonomy and independence of the National Mechanism for the Prevention and Combat of Torture, ratified by the Brazilian state.” The note says.

According to Rafael Custódio, Representative of Conectas Human Rights on the National Committee for the Prevention and Combat of Torture, this attitude is against the law and represents an interference by the state in an independent organ.

“In prohibiting an independent organ, composed of experts, from inspecting prisons in Ceará, the federal government is demonstrating that it condones the rights violations that have been denounced by families and prisoners, in the state. We demand that the federal government back down and that the Federal Public Prosecutor take steps to clarify facts.” Custódio said.

In response to the statement, a group of civil society organisations, among them Conectas, have asked Minister Damares Alves to reconsider the decision and to urgently provide the support needed for the inspection to be carried out.

“Minister Damares Alves’ refusal to provide the administrative measures needed for the Mechanism to carry out an inspection of prisons in the state of Ceará is against the national and international legal order regarding the prevention and combat of torture and represents an entirely illegal censorship, for which it should be held accountable.”

The organisations also issued a request for the Federal Public Prosecutor’s Office to investigate a possible infraction of the law by public workers in the Office.

Once a violation has been corroborated, the experts write up a report with recommendations to other relevant authorities who will use these in adopting appropriate measures.

Its implementation meets an international commitment made by Brazil in 2007 with the ratification of the UN Optional Protocol to the Prevention Against Torture and other Cruel, Inhuman or Degrading Treatment or Punishment.

The system all includes the National Committee for the Combat of Torture, composed of 23 (twenty three) members: 11 representatives from organs of the Federal Executive and 12 from professional committees and civil society organisations. Conectas has been on the Committee since 2016.