The document granting 180-day humanitarian visas does not mention people of other nationalities who live in Ukraine; the racial discrimination in the context of the Russian invasion is alarming 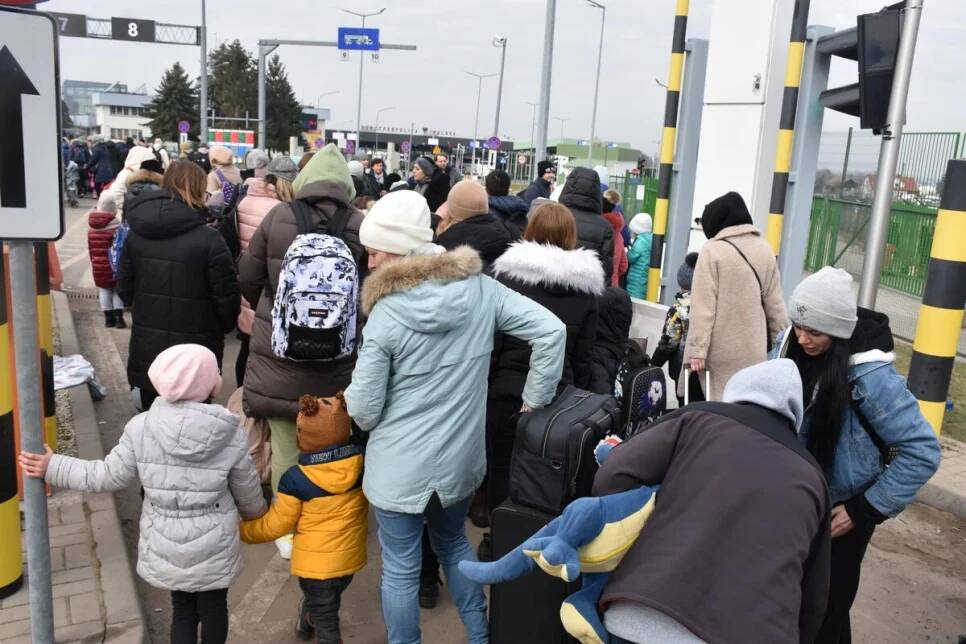 People of other nationalities living in Ukraine and affected by the Russian invasion may face difficulties applying for a humanitarian visa to Brazil if the country’s embassies adopt a strict interpretation of the federal decree to address the migration caused by the war in Eastern Europe. This is because the decree published earlier this month mentions only Ukrainian nationals and stateless persons as eligible for the 180-day visa to enter Brazil.

The wording of the text differs from the content of another recent decree that deals with the entry of people who live in Afghanistan, for example. In this case, it was made clear that Brazil can issue humanitarian visas to “Afghan nationals, stateless persons and people affected” by the crisis in the Asian country, which includes people of various different nationalities.

Reception of all people

According to Raissa Belintani, a lawyer and coordinator of the Strengthening Democratic Space program at Conectas, the mention of only “Ukrainian nationals and stateless persons” in the text is particularly alarming on account of the various reports of racism that black and non-white migrants are suffering when they attempt to leave Ukraine. There are cases of people being stopped on trains and at the borders.

“We hope that the Brazilian embassies do not adopt a restrictive interpretation of the decree. Brazil must speak out against episodes of discrimination in the war in Ukraine and develop concrete actions to receive all people who live in that country and who wish to apply for a visa to enter Brazilian territory,” said the lawyer from Conectas.

Humanitarian visas serve to facilitate the entry and regularization of migrants from any country in a state of serious or imminent institutional instability, whether from armed conflict, major catastrophe, environmental disaster or grave violation of human rights or international humanitarian law.

Even though the decree on Afghanistan was less restrictive, there were still cases of people who faced obstacles imposed by Brazil’s diplomatic representations. In September 2021, the Brazilian embassies closest to Afghanistan, for example, began to make requirements not included in Brazilian immigration law, much less in the decree that regulates the issuance of humanitarian visas for this group of people. Among the requirements was the need to prove sponsorship by Brazilian organizations, which would have to pay various expenses of Afghan migrants, including health and dental insurance. Following the repercussions of these requirements, the embassies issued a statement of retraction.

Haitians have also faced problems with Brazilian diplomacy. Last year, visa applicants reported several irregularities in the process. The IOM (International Organization for Migration, a UN agency) also stated that there are not enough employees providing this type of service at the Brazilian embassy in Port-au-Prince. A decree from 2021 regulates the issuance of visas to people from Haiti wishing to enter Brazil.

“When a person is fleeing a humanitarian crisis or systematic human rights violations, they cannot wait or be stopped by additional bureaucracy. Embassies need to find efficient and dynamic ways to receive them, while complying with legislation. This saves lives,” said Belintani.

What the federal decree says on the reception of Ukrainians