Event discusses the role of the Escazú Agreement in the Amazon 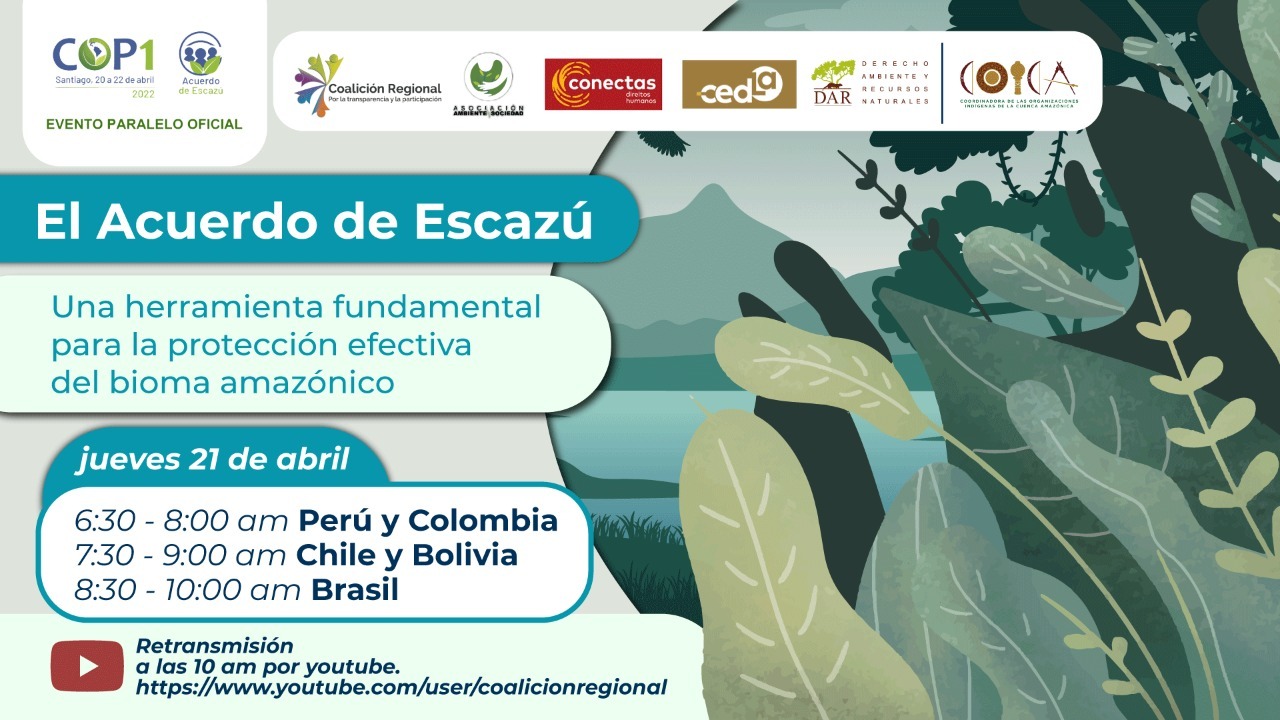 On Thursday (21st of April), an event promoted by Conectas, Asociación Ambiente y Sociedad, DAR (Derecho, Ambiente y Recursos Naturales), Coalición Regional, Coica (Coordination of Indigenous Organizations of the Amazon Basin) debated the importance of the Escazú Agreement for the effective protection of the Amazon biome.

The Escazú Agreement is a regional treaty on access to information, public participation and access to justice in environmental matters in Latin America and the Caribbean.

The event takes place in parallel to COP 1, which will take place in Santiago, at the headquarters of ECLAC (Economic Commission for Latin America and the Caribbean). The debate will be in Spanish, held online, through the Coalición Regional’s YouTube channel, and will begin at 8:30 am (Brasilia time).

Participating in the event are: César Gamboa, executive director of DAR, Oscar Daza, coordinator of human rights at Coica, Vanessa Torres, from Asociación Ambiente y Sociedad, Silvia Molina, from Cedla, and Julia Neiva, coordinator of the Defense of Social and Environmental Rights program at Conectas.