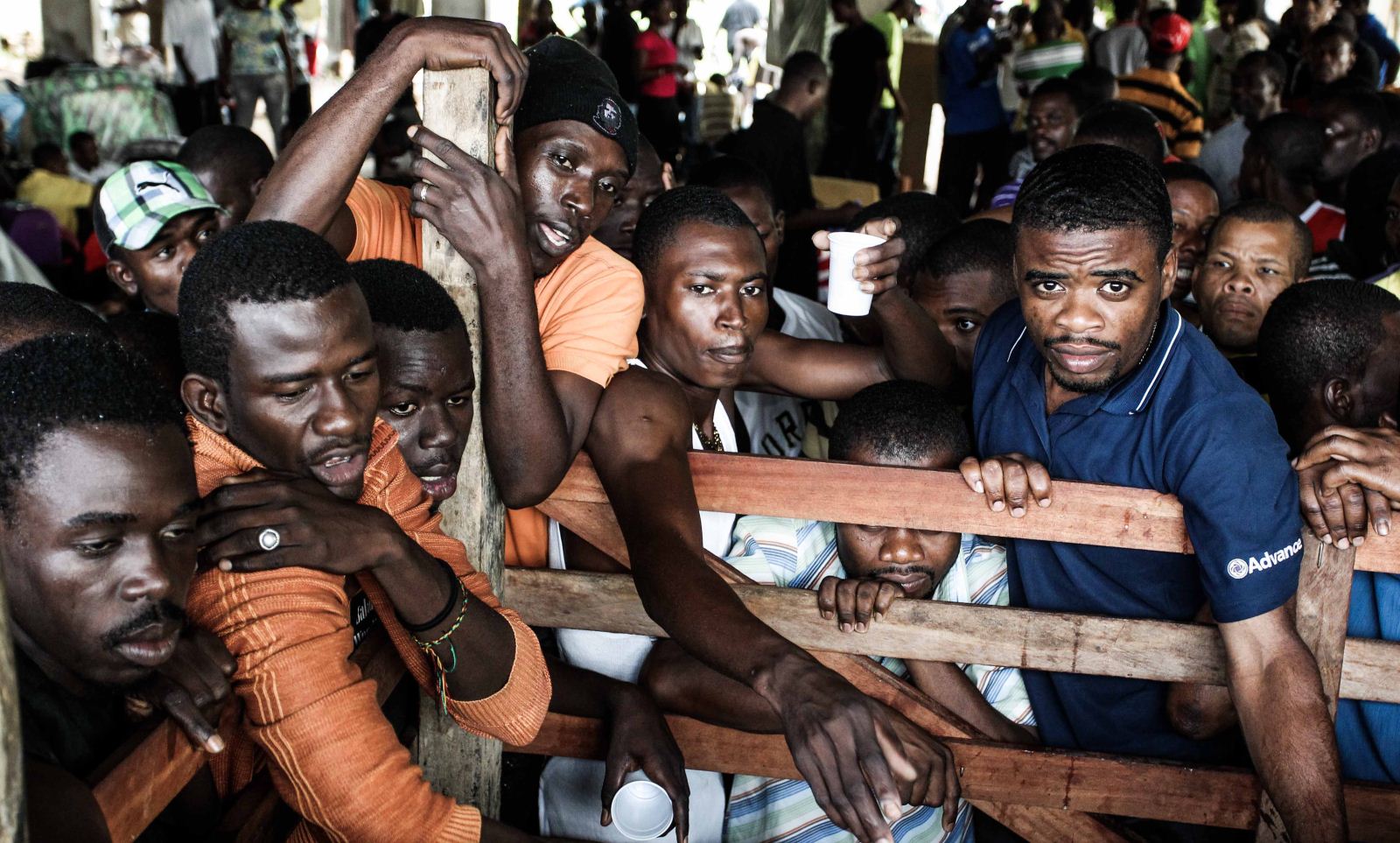 It has taken the Ministry of Justice more than 3 months to issue a response to the worst crisis faced by the Haitians who come to Brazil through the northern state of Acre and who are now, following the decision to close the center that served as a shelter in the town of Brasileia, being transferred to the state capital Rio Branco before continuing their journey to other states.

The delay, however, is not the only problem with the official statement published on April 22 by the Ministry of Justice: it does nothing to address the new challenges imposed on the immigrants, such as the lack of shelters in the states that will receive them and the persistent structural deficiencies of Brasileia, which is still the main point of entry for Haitians who come to Brazil without a humanitarian visa.

Repeating what appears to be the official discourse that the responsibility of the federal government in this crisis is limited to the transfer of funds, the Ministry informed that “more than R$4.2 million has been transferred to the health services and to guarantee basic documentation in a simplified and immediate manner.”

“Ever since the inflow of Haitians to the country first started, the federal government has hidden behind Brazil’s federalist system of government to avoid a duty it has according to the Constitution,” said Camila Asano, coordinator of Foreign Policy at Conectas. “The Ministry of Justice’s statement reflects the lack of coordination and the evasion of the federal government. Conectas has been saying, for more than eight months now, that the case has national dimensions, exposing the flaws in Brazil’s immigration policy, and that only direct action by the federal government can produce an effectively humanitarian solution. Furthermore, either the policy of issuing humanitarian visas needs to be expanded or the visa requirements need to be eliminated, together with coordinated actions with other countries in the region.”

In early April, when the closure of the shelter in Brasileia was announced, Conectas sent a formal request for information in a letter to the Ministry’s National Justice Department asking about the existence of a coordinated plan with the Acre state government, the possibility of installing a permanent shelter in Rio Branco, the assistance given to Haitians who arrive in Brasileia and the policy for issuing visas. The organization has yet to receive a response – and the crisis continues.

In Rio Branco, according to local partners, the exhibition center that is providing temporary shelter to the immigrants already houses at least 450 people. The center is scheduled to host a major exhibition in July, which will force the local administration to start thinking now about lasting solutions.

In Brasileia, say the partners, immigrants who cross the border are destitute after traveling nearly 6,000 kilometers to get to Brazil. Due to lack of money, information and structure, many are sleeping on the streets.

Many of the Haitians who left Brasileia over the past few weeks have been sent to São Paulo. Although new immigrants continually arrive in the city, the structure for providing them with shelter is precarious and insufficient. The arrival of these new groups has put even more pressure on the system, prompting the Municipal Human Rights and Citizenship Department (SMDHC) to criticize, in a press release, the decision of the Acre state government and the inaction of the Ministry of Justice.

“The Ministry of Justice needs to provide the conditions for these immigrants – beneficiaries of a humanitarian visa issued by the country – to be included in society with dignity and respect,” reads the press release. “Furthermore, we hope that appropriate measures are taken with respect to the government of Acre as a result its actions with this population that has already endured so much.”

The SMDHC estimates that some 800 Haitians have arrived in São Paulo from Brasileia and it is calling for “a more comprehensive policy for migration in Brazil that involves the three levels of government and that can develop permanent public policies.”

Peak of the crisis

The high water levels in the region have left Acre isolated in recent months, preventing the immigrants from relocating to other regions and worsening the already deteriorating situation at the shelter in Brasileia.

When Conectas visited the shelter, in August 2013, it exposed the appalling conditions there. More than 800 people were packed into an area with a capacity to hold 200 people. There were only 10 lavatories and 8 showers for everyone to share and no soap or toothpaste was provided. Sewage leaked outside in the open air and the local hospital reported that 90% of the patients from the shelter had diarrhea. Conectas denounced the situation and received a promise from the federal government that it would organize a task force to address the conditions at the shelter, but nothing was ever done. The case was taken to the IACHR (Inter-American Court of Human Rights) and to the UN Human Rights Council.