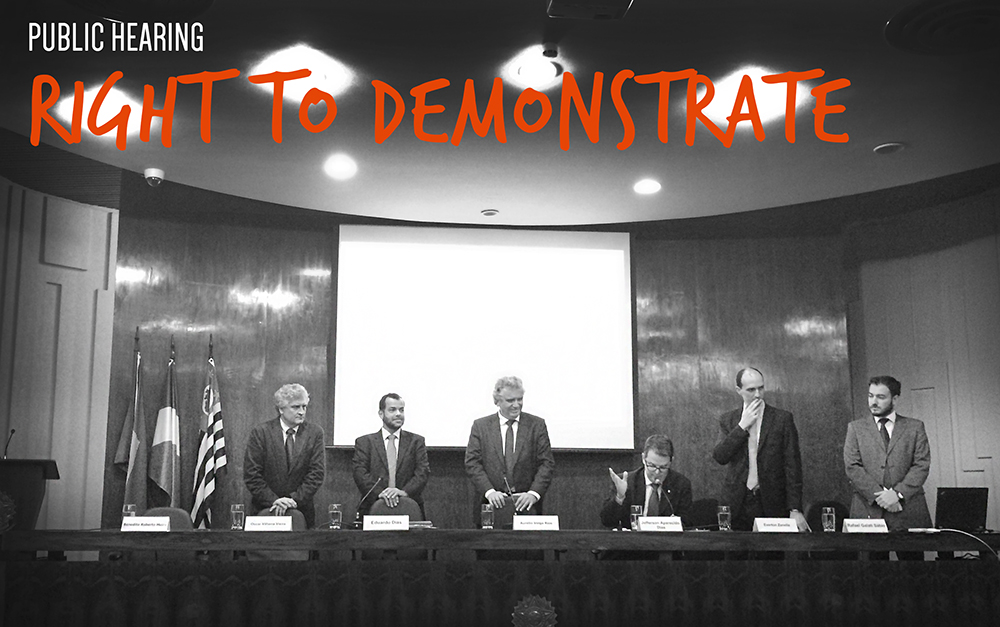 The police do not want to debate the police. This Tuesday (November 18), despite having been asked by the Federal Prosecutor’s Office and the São Paulo State Public Prosecutor’s Office to take part in an unprecedented public hearing on police action at demonstrations, the São Paulo State Military Police Commander, Colonel Benedito Roberto Meira, left an empty chair at the event.

To begin with, Meira officially notified that he would not be attending the hearing. Later, after the participants had already arrived at the auditorium of the Federal Prosecutor’s Office, the authorities telephoned to announce that he had changed his mind. An hour later, the hearing now running late waiting for his arrival, there came another change of plans: he would definitely not be participating in the discussion.

“A new form of articulation has reached Brazil, based on network organization, which knows no bounds and can give rise to a series of situations,” said Dias. The advisor also emphasized the number of protests that have taken place over the past three years. According to Dias, there were 80 demonstrations in São Paulo in June 2012, 255 in the same month in 2013 and 58 in 2014. “Why do some of them get out of hand and how?” he asked.

Dias was challenged by Vilhena, for whom “the right to demonstrate imposes on the State the duty of being bothered, of losing comfort”. “The authorities have been unable to separate the violent groups and this is serious, because this inability has resulted in a sacrifice for the whole social movement,” said Vilhena. He added that the situation reflects the same “arbitrary practices that the Military Police use in the outskirts of the city against poor and black youths”.

After the members of the panel had spoken, nearly 40 accounts corroborated Vilhena’s analysis. They denounced the abuses committed by the Military Police during protests, the frequent attacks on journalists, the lack of transparency by the police and also the indiscriminate and illegal use of less-lethal weapons – a debate that has gained momentum since a São Paulo court issued an injunction, which was overturned by the State Court not long afterwards, to ban the use of rubber bullets.

Sérgio Silva, a photographer who was blinded in his left eye during the protests of June 13, 2013, took to the podium to demand an end to the use of these types of weapons. “This cowardly ammunition has injured countless victims who have been struck in the upper body and the head,” he said. “I’m nearly 6 foot tall. Imagine the direction the firearm was pointed for me to be shot in the eye. Take a look at my prosthetic eye and I’m sure you’ll understand what I’m talking about.”

While the photographer was speaking, demonstrators held up banners and signs calling for a ban on the use of rubber bullets at protests. And Silva himself handed a document with 45,000 signatures in support of the ban to Fernando Grella’s advisor.

In his speech, the associate director of Conectas Marcos Fuchs affirmed that “there is international concern over the adoption of minimum criteria for the use of force by agents of the State”. “Experiences in other countries illustrate that the choice of violence is not a technical decision, but instead a political decision.”