Dossier » Transparency in the Supreme Court 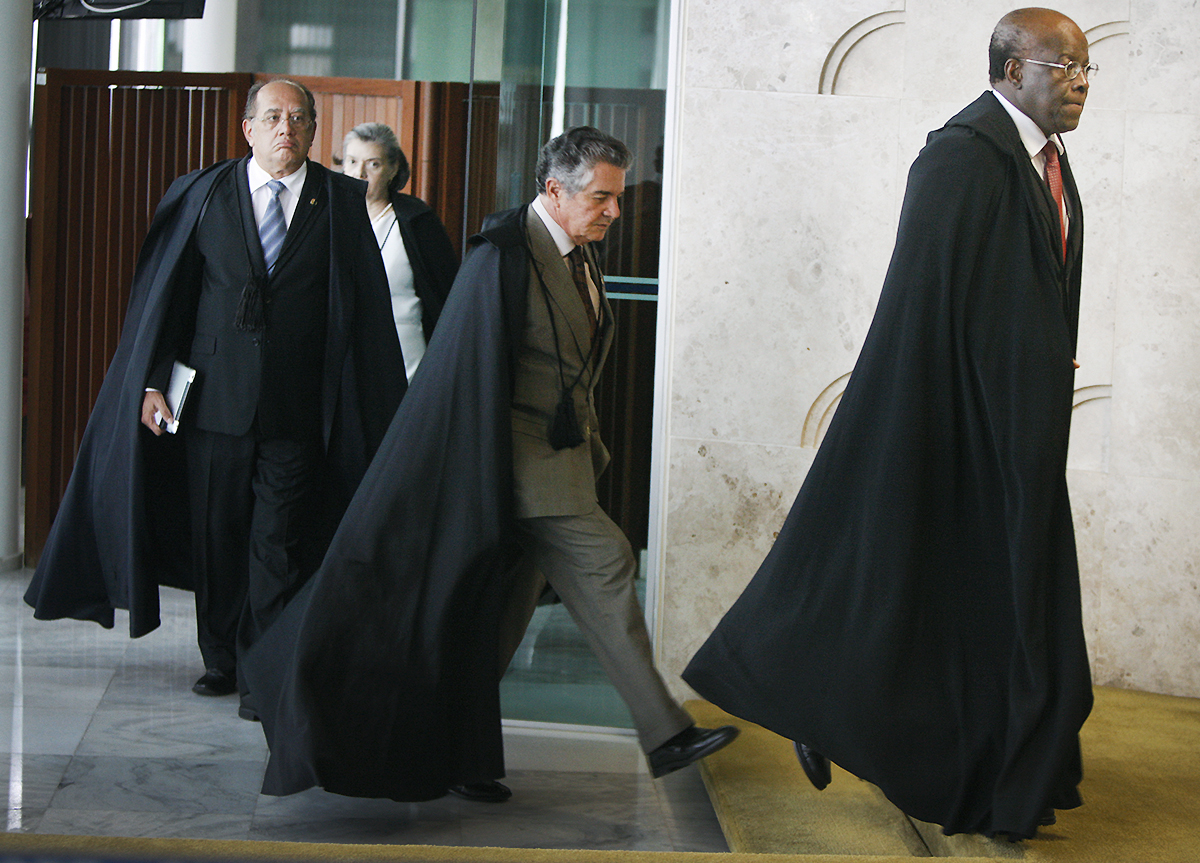 The resignation of Joaquim Barbosa from the Supreme Court, announced on May 29, has once again shed light on the lack of transparency in the process of choosing court justices. Currently, the appointment of justices to the highest court of law in Brazil is the sole preserve of the Executive and the Senate, which are responsible, respectively, for nominating and approving the candidates.

In addition to the lack of participation by society, the appointment is based on broad and not very objective criteria. The Constitution of 1988 states only that candidates must be between 35 and 65 years old and have an “outstanding legal knowledge” and a “flawless reputation”. The hearings staged in the Senate to confirm the choices of the Presidency are frequently marked by bureaucracy and a lack of depth.

Civil society organizations have been denouncing the process for years. In April 2013, in an attempt to expose the lack of participation, the Justice and Human Rights Group (JusDH), of which Conectas is part, sent a list of 11 questions to the Senators responsible for confirming the nomination of Luis Roberto Barroso to fill the position left by former court justice Carlos Ayres Britto. Directly or indirectly, 7 of the questions were put to the candidate. The organizations had done the same thing, months before, during the nomination process of Teori Savascki. The opinions of the then candidate on the subject of human rights were catalogued by the group.

“Supreme Court justices are privileged interpreters of the Constitution and, as such, they have the final word on key issues for guaranteeing human rights in the country. The replacement of any one of them can shift the balance and represent an advance or setback on fundamental issues,” said Lucia Nader, executive director of Conectas. “Barbosa’s departure is one of these turning points. It is essential for civil society to be able to participate in the choice of his replacement, like in other democratic countries.”

A draft resolution approved last year by the Senate addressed, albeit selectively, some of the demands for more participation made by civil society. As a result, the nominee to replace Barbosa will be the first to have their name and profile published on the website of Congress. Information and questions sent by citizens via the website will be filtered and then used during the candidate’s confirmation hearing.

Although this institutionalizes the participation of civil society in the hearings, the draft resolution does little to alter the undemocratic structure of the nomination process, which is still concentrated in the hands of the Presidency of the Republic. The name of the nominee is published in the Federal Gazette and submitted to the Senate, where he or she is subject to a confirmation hearing in the Constitution and Justice Commission of the house before being approved in the full Senate. Finally, the candidate is appointed Supreme Court Justice by a new Presidential Act.

Despite the complexity of a choice like this, the entire process of nomination and appointment rarely lasts longer than two weeks. In other words, there is no time for society to mobilize to get to know the profile of the candidate in any depth. Neither does any formal mechanism exist that allows social groups to express an opinion on the nomination.

Within the sphere of the Executive Branch, civil society has suggested that Brazil adopt a model similar to the one used in other countries, such as Argentina. That is, in the first stage, the names and resumes of the candidates being considered by the Presidency would be posted on the website of the Presidency of the Republic. In the second stage, a time frame would be set for consultation and a public hearing on the candidates. Finally, a report would be drafted to justify the final choice.

During the nomination of a Supreme Court Justice to replace Justice Ellen Gracie, JusDH sent a letter to President Dilma Rousseff asking for the process to guarantee the utmost accessibility of society and for the president to consider candidates with a background of involvement with human rights, in addition to considering the gender issue, by nominating a woman.

The JusDH also submitted an official petition to the Senate during the process to appoint Justice Luiz Fux, requesting the publication of the report prepared by the reporting Senator in the CCJ on the presidential nomination. The group also requested to be allowed to submit information and questions to the nominee, and for a public hearing to be held on the matter. Moreover, JusDH requested that some form of mechanism be created, in conjunction with civil society, to allow for social participation in the hearings.

Conectas has expressed its opinion on the matter in a public statement entitled “New justice, old choice”. It has also published three op-eds in which it points out the need to change this process and calls for greater openness and public debate.

History of Supreme Court justice appointments (since the Constitution of 1988)