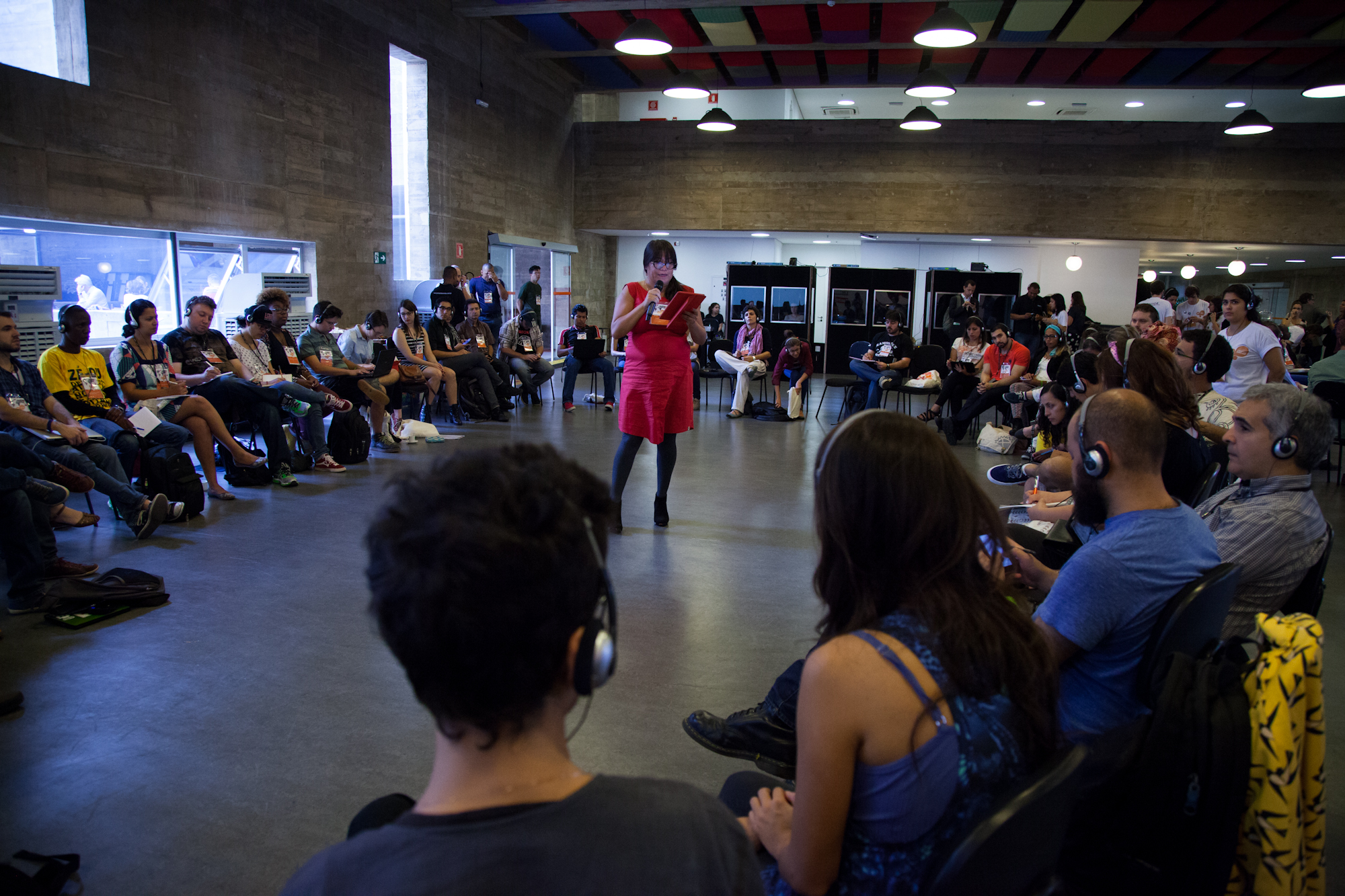 Participants at the 14th International Human Rights Colloquium staged two simultaneous practical activities on Wednesday morning, May 27, on online mobilization and security. The workshops were run by Anna Lívia Arida, executive director of the Minha Sampa network, and by Katitza Rodriguez, director of international law at EFF (Eletronic Frontier Foundation). The two experiences demonstrated the importance of online strategies to complement the actions developed on the streets by human rights organizations.

“It’s very difficult to engage the public. When confronted with a problem, people don’t how to help. They feel desperate, alarmed. This is why, when we communicate about a cause, we always say what people can do to change the situation,” said Anna Lívia Arida. To work, she explained, this communication needs to have a clear objective, a well-defined target public and the right tactics. “You need to have a concrete demand and show that it is possible to win the cause.”

After she finished speaking, Arida divided the participants into small groups. Armed with a fictitious newspaper, they were told to choose a cause and build a communication strategy.

Katitza Rodriguez, meanwhile, presented to her group the methods most frequently used by governments in the surveillance of civilians ananna líviad social movements. Among the most common procedures, she explained, is the use of metadata – tools that can retrieve information from encrypted files.

Rodriguez also pointed out that applying security protocols does not guarantee protection, since many activists are also physically harassed, assaulted and tortured to extract information. “People always think that their data will only be leaked after much technological investment, but torture and kidnapping are still used much more frequently,” she explained.

During the activity, Rodriguez’s group simulated a debate on veganism whose conclusion, she said, served as a metaphor for the attitude people should have towards the risks of the internet: neither totally distrustful nor totally credulous. “Security is not a product, it’s a procedure. You may think you don’t need security or privacy, but you can create ways to preserve it.”

This article was written by Agnes Sofia Guimarães and Danilo Oliveira and is part of the Collaborative Coverage of the 14th Colloquium.