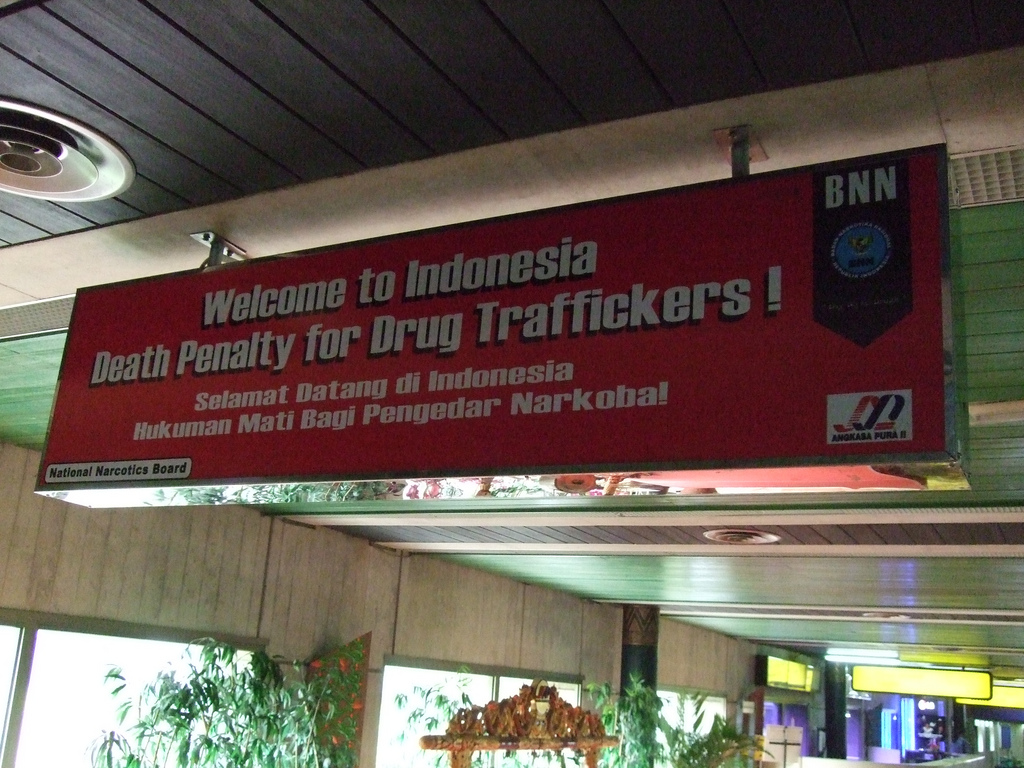 A sign at the international airport of Indonesia reads: “Welcome. Death penalty for drug traffickers”

The news that Marco Archer Cardoso Moreira, a Brazilian man convicted of drug trafficking in Indonesia in 2004, will be executed on Sunday, January 18, has drawn condemnation from Brazilian and Indonesian human rights organizations. According to December 2012 data from the Jakarta-based NGO KontraS, there are 133 people waiting on death row in the country. Of these, 41 are foreigners.

Indonesia has acceded to a number of international human rights treaties, including the International Covenant on Civil and Political Rights – which establishes that the death penalty may only be imposed for the most serious crimes. Most serious crimes are understood to be crimes that involve an unquestionable and effective intention to kill, indicating that it should be an exceptional measure and one that clearly excludes crimes related to drug trafficking.

Several international bodies including the United Nations Office on Drugs and Crime (UNODC) have already expressed grave concern over the application of the death penalty for crimes related to drug trafficking. The government of Indonesia is opposed to any discussion on the failure of the ‘drug war’ – today, one of the main causes of imprisonment and violence in emerging countries, such as Brazil and also Indonesia.

“President Joko Widodo is doubly wrong in not granting clemency to Marco. On the one hand, he is violating the right of prisoners to life and to humane treatment, in accordance with international standards to which Indonesia is bound. On the other, he is proving himself incapable of offering real solutions to the drug problem,” said Camila Asano, coordinator of Foreign Policy at Conectas.

In a statement titled “Death Penalty is not the Solution” the Indonesian NGO KontraS strongly condemned the news of the imminent executions. “This is the right time for Indonesia – as a democratic country, a leader in regional forums and a key player in the development of human rights internationally – to prove to the world its commitment to upholding human rights by abolishing the death penalty, or at very least by imposing a de facto moratorium on the death penalty and suspending the executions of the six people,” reads the statement from KontraS.