Conectas, WOLA and Dejusticia have appealed to Venezuelan authorities to guarantee the right to protest and the safety of protesters 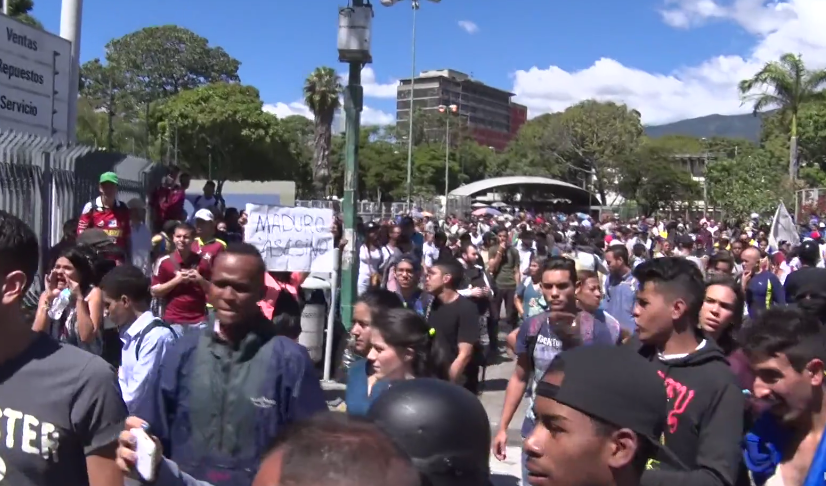 Protest on the streets of Caracas, the Venezuelan capital, against Nicolás Maduro being sworn in for a new presidential mandate (photo: Voice of America)

Last week, Venezuelans took to the streets en masse to protest about president Nicolás Maduro’s new term of office. He was sworn in on 10 January after an electoral process that was questioned internationally.

The protests were heavily repressed countrywide. According to information provided by the UN High Commissioner for Human Rights, at least 20 people were killed during confrontations at the protests.

In response, Conectas (Brazil), WOLA (USA) and Dejusticia (Colombia) appealed to Venezuelan authorities to guarantee the right to protest and the safety of protesters. Institutions also called for the government of the country to respect the functions of the National Assembly.

“In solidarity with the Venezuelan people, we call for multilateral diplomatic actions that will advance a peaceful return to democratic order. It is fundamental that the international community ensure that any sanctions that may be imposed against the Maduro regime are coordinated, linked to concrete and clearly-communicated objectives and that they avoid worsening the country’s dire humanitarian emergency.” The three human rights organisations said in the statement.

The institutions reject any threat of external military intervention as a possible solution.