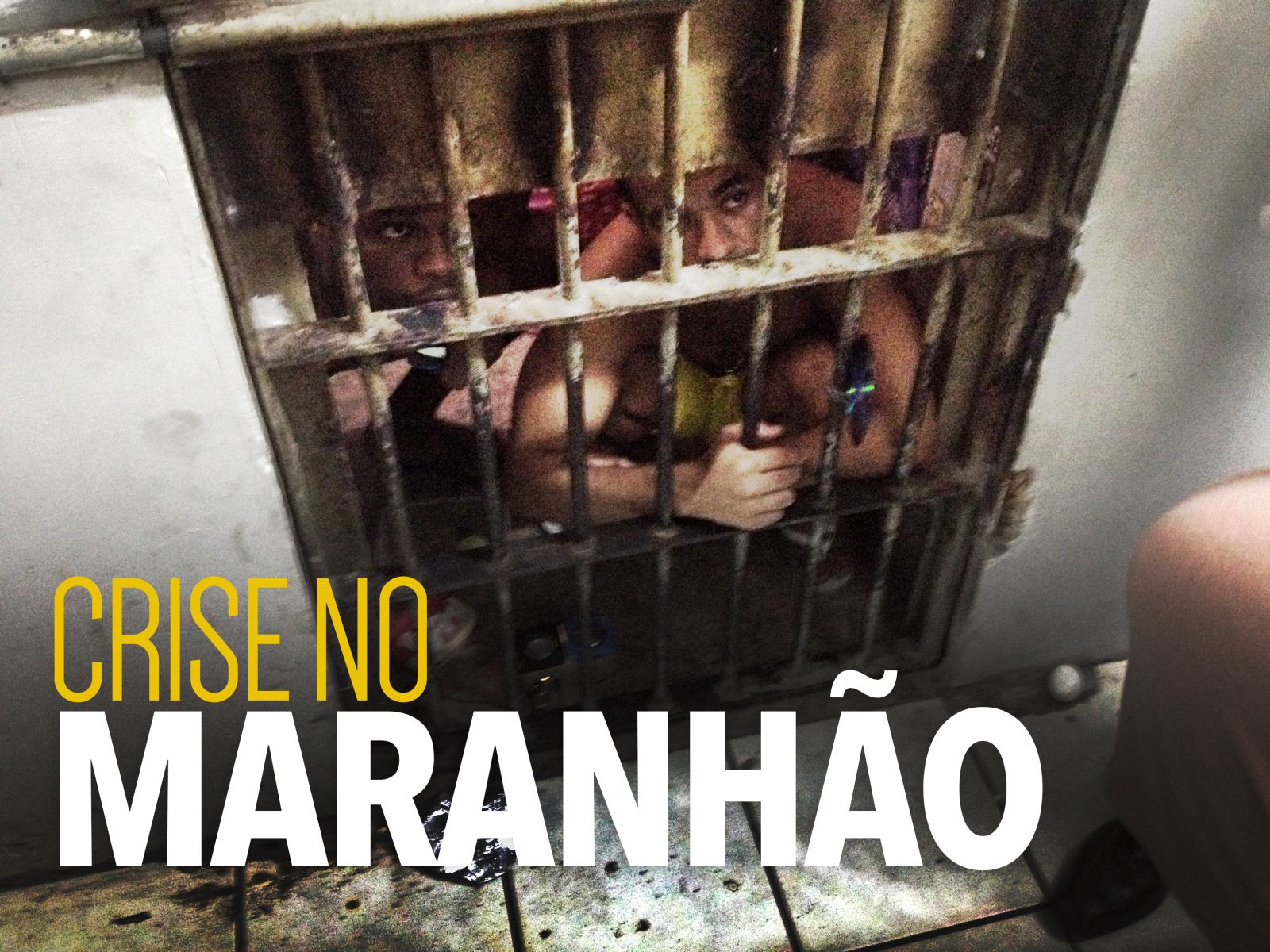 Since the start of the one of the most serious crises ever faced by the Brazilian prison system, which has already caused the death of at least 63 inmates since last year, human rights organizations have been calling for federal intervention in the Pedrinhas prison complex, in the state of Maranhão, and the federalization of the crimes committed there. On Tuesday, January 21, representatives of Conectas and the Maranhão State Society of Human Rights met in Brasília with the Brazilian Attorney General, Rodrigo Janot, to reinforce the request. The Attorney General’s Office has the constitutional authority to request both federalization and federal intervention from the Supreme Court.

At the meeting, the organizations also recounted to the Attorney General what they had seen during their inspection of the prison complex on January 13. During the visit, conducted with members of the Human Rights Commission of the Senate, they noted the inability to identify the police officers who have been occupying the prison since the end of the December. Many of them were wearing balaclavas that covered their faces.

They also discussed the serious allegations of torture made by the prisoners and their families – which prompted a new request for the NGOs to be given access to the prison without prior authorization. Furthermore, the organizations stressed to the Attorney General the lack of dialogue by federal and state governments with civil society.

Rodrigo Janot expressed his concern with the situation and pledged to take the necessary measures to protect the inmates. He also confirmed that the request for federalization and federal intervention made by Conectas, SMDH and Justiça Global is being analyzed by his office.

The Maranhão State Society of Human Rights (SMDH) and the State Bar of Maranhão (OAB/MA) sent an updated report to the Organization of American States (OAS) on January 17 with information on the deaths that have occurred at the Pedrinhas prison in the state capital of São Luís. The new 24-page document contains photos and information gathered from the facility where more than 60 people have been killed since the start of 2013. Since the last precautionary measure issued by the Inter-American Commission on Human Rights of the OAS, in December last year, another 9 prisoners have been killed in Pedrinhas.

“The Maranhão state government not only failed to take any action in response to the first precautionary measure, but it once again banned civil society organizations from having free access to the prison facility to find out exactly what is going on there,” said the lawyer Rafael Custódio, coordinator of the Justice program at Conectas. Together with representatives of Justiça Global, SMDH and the Human Rights Commission of the OAB/MA, Custódio visited some of the prison cells at Pedrinhas, where he spoke to inmates and gathered new accounts of violations, which were annexed to the document sent to the OAS. Besides providing updated information on the crisis at the prison, the report requests that Conectas and Justiça Global be included as petitioners in the case taken to the international court and that they be guaranteed unrestricted access to Pedrinhas.

Conectas drew attention to the accounts of violations committed by members of the National Security Forces, sent to Maranhão by the federal government, and by the military police, sent with the justification of putting a stop to the killings that were taking place in the prison. “The police forces that received us at Pedrinhas were absolutely anonymous, wearing balaclavas and carrying high caliber guns. I don’t see how this could be a sign of improvement in terms of human rights there”.

Conectas, the Maranhão State Society of Human Rights and Justiça Global submitted the request for federalization and federal government intervention to the Brazilian Attorney General, Rodrigo Janot, on January 7. Today (January 10), the organization sent another letter to Janot, expressing support for his decision to proceed with the request for federal intervention and emphasizing the need to federalize the crimes.

The request filed by the NGOs to the Attorney General’s Office is based on article 109 of the Brazilian Constitution, which was added by Constitutional Amendment No. 45 of 2004. The article asserts that the federal judiciary has the authority to process and judge cases of human rights violations provided for in international treaties or conventions. Article 34 of the Constitution, meanwhile, gives the federal government the right to intervene in the states in cases of serious breakdowns of public order and to ensure the observance of the rights of the human person.

Given the repercussions of the case, Conectas has launched an offensive on national and international public opinion to warn of the situation in Pedrinhas and throughout the entire Brazilian prison system.

In an article published on January 8 by the Brazilian website of the Spanish newspaper El País that was picked up by dozens of publications around the world, the executive director of Conectas, Lucia Nader, said that while responsibility for the crimes in Pedrinhas lies with the public authorities, they were made possible because a large part of society tolerates the inhumane treatment of prisoners in Brazil.

The U.S. newspaper The New York Times also cited Conectas in its edition on Wednesday (January 8). “The tragedy in Pedrinhas was foretold and could be repeated at any time in other complexes facing the same problems,” Lucia Nader, executive director of Conectas, was quoted as saying.

According to Nader, the Brazilian prison system is “unacceptable, illegal and inefficient”. In an article originally published on the website of Conectas that was reproduced by dozens of publications, she said that “we have created a powder keg, by viewing prison as the primary means of curbing violence when, in practice, it only causes violence to rise”.