Online event this Thursday, July 14, discusses ways to strengthen collaboration to assure rights and justice for African-based religions; find out how to participate 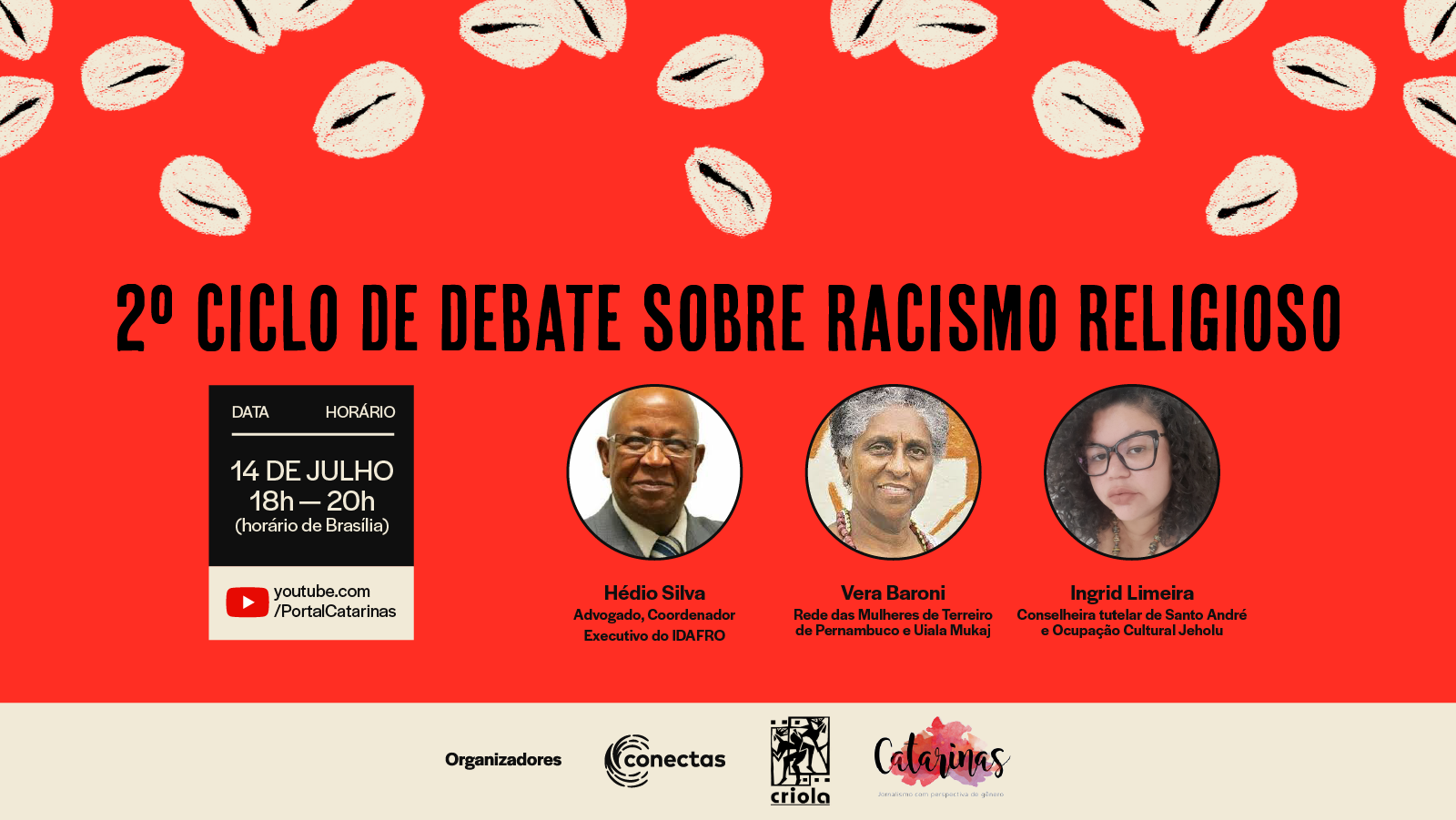 Criola, Conectas and Portal Catarinas, with the support of Synergia, will convene again on July 14, 2022, for the second online meeting of “Dialogues on religious racism”, a cycle of free, public and nationwide debates. The event will be broadcast live, between 6 pm and 8 pm, on the Facebook page of Conectas.

What is the role of the law given the absence of justice and guaranteed freedom of expression and belief for African-based religions? What is the possibility of justice for people who suffer attacks resulting from the growing religious fundamentalism and hate speech in the Brazilian State? These are some of the issues that will be debated to find ways to strengthen collaboration to assure rights and justice for African-based religions.

Participating in the meeting will be the lawyers Ingrid Limeira, child protective councilor in Santo André and political councilor of the Jeholu Cultural Occupation; Vera Baroni, member of the Executive Coordination Board of the Network of Women of the Terreiro religious site of Pernambuco and the Coordination Office of the Uiala Mukaji Society of Black Women of Pernambuco; and the lawyer Hédio Silva, Executive Coordinator of IDAFRO (Institute for the Defense of Afro-Brazilian Religions).

At the first meeting, held on May 5 and available on YouTube at the Portal Catarinas account, the guests argued emphatically that religious intolerance alone does not explain the violence suffered by African-based religions, nor does it provide tools for its defense. It is not intolerance, it is racism!

“It is a persistent, consistent practice of the Brazilian State and sectors of society. And this practice, the type of legislation and the type of political action that should be taken by the State, even though the State is itself a violator, are insufficient to comprise by the idea of intolerance,” said Lúcia Xavier, coordinator of the NGO Criola.

In this second stage of the cycle, the participants will discuss the role of the Law and the Brazilian State in protecting and guaranteeing the rights, freedom and justice of people affected by the growing violence promoted by religious fundamentalism and hate speech.